One of the classic “proofs,” so-called, of the resurrection of Jesus is the unbelief that prevailed among his followers even after Christ had risen. We are not at all interested in this unbelief as “proof” that he arose. The Word is sufficient and plain. We rejoice in the revelation of the Spirit and for his testimony in our hearts. The Holy Spirit is not interested in proving the veracity of the resurrection by such a text as this. 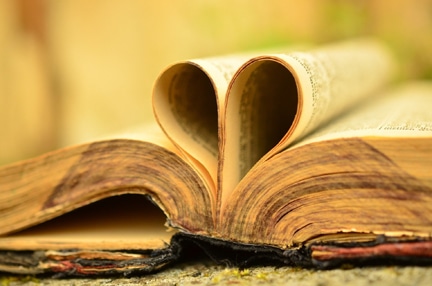 We must understand, though, that the text is elemental in divine revelation. The Spirit has something to say in the text that is distinctive—distinctive and amazing.

The text throbs with life. The disciples were together in Jerusalem when the Emmaus travelers came in. It was evening of the first day, The tension in the room was profound, The eleven said immediately, ‘“The Lord is risen indeed, and hath appeared to Simon.” To “Simon!” How have the mighty fallen! And then the Emmaus drama was rehearsed by the principals whose hearts had burned.

While they were immersed in the rapture of the day’s events, talking hurriedly and pointedly, and going over various details, suddenly -there he was in the midst of them. His word was: “Peace be unto you.” Notice the text that follows: “…they were terri6ed and affrighted and supposed that they beheld a spirit.” Jesus assured them that it was he, himself, in flesh and bone. And “they disbelieved for joy.”

This is revelation. The Spirit by the whole that is at pains to exhibit this reaction of the disciples. He tells us something that seems incredible enough. After all, Jesus had told his disciples many times about his death. Nor had he failed to complete the revelation by telling them plainly that he would rise again, and that on the third day. Why then all this consternation and fright?

We must go back a few days. Many things had happened. Really though, only one thing had happened which was phenomenal “proof” both to friends and enemies of Jesus that this one could not be the long awaited Messiah. The simple “proof” was—Jesus had died. But even that doesn’t exhaust the narrative. The fact was that Jesus’ own part in the program was deliberate. He had said, “I lay down my life and I take it again,” but that was meaningless to the diSciples. Once he was most emphatic when he said, “Let these words sink into your ears: for the Son of man shall be delivered up into the hands of men.” But there was added to that: “But they understood not the saying and it was concealed from them, that they should not perceive it” (Luke 9:44–45). The fact is that the disciples saw Jesus forging his own way to the cross. Judas understood it well enough and said in his heart, “Thirty pieces of silver is enough for such a Jesus.” But Peter, too, when he saw that Jesus willingly gave himself to his tormentors, denied him with a curse.

Again, the powers of darkness around Calvary were exultant because now they had incontrovertibly established that what they had contended all along about Jesus was fact. Jesus was not the Son of God. The Son of God could not die. And the disciples approached that unbelief when they, believing on the Son of God, were just as sure that the Son of God should not die. Listen to those two followers on their way that Sunday afternoon, “We trusted that it was he who should have redeemed Israel.” But we remember that it is precisely against that dismal background that the Scriptures are articulated by Christ in his “Ought not the Christ…”

Is it really so strange that on the great day when the forces of hell cursed Jesus, and Heaven cursed him, too, that his friends are shaken in the depths of their souls?

Is it so very strange that the central event of history, the event ordained to give eternal life to the dead who must come to that life through that death on Calvary, is surrounded with lack of understanding, and fraught with fright in the very objects for whom that event was intended? After all the whole story is still the most amazing story of history barring none. And for us, too, it is still the gracious revelation of the Spirit.

Faith isn’t just belief, in the general sense of that term. Our faith in the Lord Jesus Christ is something much deeper. Its real roots are in Calvary, its real sprouts break out in the resurrection, and its bloom is open full in Pentecost. There is in the text a forming of faith. Surely, faith is the gift of the Spirit, but that which the Spirit gives is nothing else than the life of the Saviour who was dead and then rose again. Our faith received its substance from the mighty Lord of life, who wasted every last argument that death had against us. And this is revelation that is not given before this time. God revealed something to us in his Son that he could reveal in no other way. The prophets had pined for this. Peter speaks of it in I Peter 1:10, of the—revelation “of salvation concerning which the prophets sought and searched diligently…”

Always, before the resurrection there is only partial revelation. Abraham, the father of believers, believed God could and would raise up Isaac as he plodded up the mountain to the sacrifice of his son. The fulness of the meaning Abraham could not yet know. That another Father would actually slay Abraham’s best and Heaven’s Only Son, making him a curse for sin and then raise him up in a resurrection of glory, Abraham could not yet know. That revelation must wait until now.

In the death and resurrection of Christ our faith is molded and tempered, formed and crystallized, as it can be nowhere else. The faith of the disciples becomes unstable and fluid in Calvary’s oven of disappointment, disgust, and sorrow. The fires of hell, fanned by the breath of Heaven, rendered the faith of his followers formless. Despair replaced hope. This ought to be regarded as part of the labor pangs of revelation. This despair and disgust lasted only a small moment. God’s elect are preserved. Judas lies disemboweled not far away. Peter trembles, but he has wept. Moreover Jesus prayed for him, It was not the Father’s intention to destroy faith in the crucifixion and death of Jesus. Nor did he in any case do so. But he did forever exhibit precisely of what stuff faith must be made.

O, great was the faith of Abraham as he raised the knife to slaughter his son. But here we must see that God’s demand upon us is no less. We must wholeheartedly approve what God did on Calvary. God does not let us bow down before a living Lord of glory, except he first forces us by his sovereign Spirit to bow down before the King of Glory nailed to an accursed cross of shame. First the one. Then the other. First before the dying Jesus. Then before the living Christ. Let our tears flow a stream and our hearts burst within us, but God demands that we look at the bleeding, broken and bruised Jesus and at once sing a song to the praise of his justice, and hallelujahs to his LOVE and GRACE.