Toleration and schism. Toleration is one of the great virtues of our time. Toleration is a benevolent attitude to views or practices different from one’s own. The tolerant accept and cooperate with those who are distinct in some significant way from themselves. Schism is a serious sin against love. From the ancient period church leaders have warned against schism as illegitimate separation from brothers and sisters in Christ.

Today in the Christian Reformed Church these words seem often to be on the lips of denominational leaders. We are called to repudiate schism—usually defined as leaving the CRC—and urged to be tolerant of what is happening in the CRC—even if we disagree sharply.

The Banner issue of January 29, 1996 contained two features that focus the strange way in which these two concepts function in the CRC The first feature was the editorial of Rev. John Suk. The editorial was prompted by the meeting of CRC conservatives in South Holland, Illinois in November 1995. Rev. Suk explicitly charges conservatives with threatening schism and poisoning the waters of the church. He implicitly charges us with driving good people out of the church by our fighting which has led to bitterness. He calls on conservatives to recognize that the CRC is fundamentally sound: “…the CRC has steadfastly confessed its faith in Jesus’ resurrection and preached the Good News of salvation.”

Rev. Suk’s serious charges stem from his conviction that the matters of concern to conservatives are not at all weighty. Ever since Martin Luther (who seems himself to have been guilty of schism according to the editorial), divisions in the church have come over more and more trivial issues. “Every schismsince then [the Reformation] has successively been about less weighty matters.”

What are the issues that concern conservatives in the CRC? Are they trivial? Conservatives see the issues of women in ecclesiastical office and fraternal relations with the Gereformeerde Kerken in Nederland as symptoms of much deeper and more serious problems in the CRC We see these issues as symptoms of new ways of reading the Bible that really set the clear teachings of the Bible aside. We see the CRC following the same path marked out by the GKN, the Presbyterian Church (USA) and many others. These churches have come to tolerate in their midst ministers who deny the resurrection of Jesus Christ, deny the Good News of salvation as taught in the Bible, and grossly violate Biblical standards of sexual morality. We are concerned that the way the CRC now reads the Bible will allow it to walk down this same path.

Indeed we as conservatives are convinced that an ungodly toleration for liberalism that denies the Bible and the Gospel already exists in our church. Rev. Suk’s editorial itself seems to provide evidence for that conviction. When he writes that all divisions since the Reformation have been about increasingly unimportant matters, he does not mention the problem of liberalism. The churches of the Afscheiding and the Doleantie as well as the Orthodox Presbyterian Church and the Presbyterian Church in America were all formed in reaction to denominations that had come to tolerate Gospel-denying ministers. I hope that Rev. Suk is only a bad historian in his editorial, but his failure to see the terrible threat of liberalism in the modern church seems characteristic of many in leadership in the CRC No threat to the church is seen on the left. The threat comes only from the right. 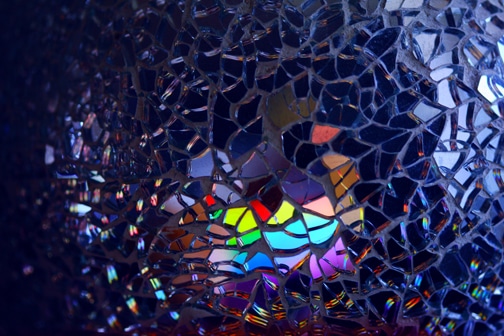 Consider, for example, a conference being co-sponsored and promoted by Calvin Theological Seminary. Now I believe that Calvin Seminary is one of the more conservative agencies in the CRC But it is promoting a conference in Chicago entitled “Confident Witness — Changing World,” March 20-23, 1996. The conference brochure says that worship will be at the center of the meetings and that lectures and workshops will bring Christians and churches together to understand the Gospel. Of the six principal presenters, two appear to be Roman Catholic and two come from liberal academic institutions. Most of the co-sponsors are liberal -including McCormick Seminary, the Presbyterian Church (USA) and the World Council of Churches. Others are Roman Catholic—including the Franciscan Missionaries of Mary—or charismatic. Only Calvin represents anything like a conservative Reformed point of view. If this conference were targeted at a pointed exchange of ideas on the meaning of the Gospel, it would surely be legitimate. But the brochure and the letter from Calvin promoting the conference do not sound that note at all. To worship and seek to understand how to minister the Gospel with liberals and Roman Catholics as if we agreed on the essential message of the Gospel is a betrayal of Jesus Christ.

Toleration of this sort is widespread in the CRC Many who themselves profess orthodox Reformed Christianity are willing fully to accept as Christians others who deny or significantly distort the heart of the Gospel. This is a form of toleration that is destructive to the church. It shows in particular an unbiblical insensitivity to the devastating character of Protestant liberalism.

The same issue of The Banner which contains Rev. Suk’s editorial on schism has an article by Phil deHaan of Calvin College entitled, “Why Folks Leave the CRC” This article recognizes that the CRC has had a net decline of membership of about 25,000 people in the last four years. (The number of folks who have left in fact has been more on the order of 40,000.) He tries to soften this figure by noting that the number of congregations has increased and calling this very important to the church’s future.

The decline of the CRC is “largely” a matter of the debate on women in office, but other factors are involved as well. Consumerism on the part of members and the attractions of other traditions are also important.

The article then mentions some specific people who have left the CRC for a Pentecostal church, an RCA church and a Wesleyan church. In each case they claim to have found something warmer and more fulfilling than they had found in the CRC. The article is very sympathetic to these decisions to leave the CRC. It records the struggles people went through in reaching the point of leaving and their continuing affection for what they learned in the CRC. The article is very tolerant. Those leaving to join the Wesleyan church are not reminded of its Arminianism. Those joining the Pentecostal church are not confronted with the synod’s report on Pentecostalism. Those joining the RCA are not warned of its liberalism or opposition to Christian schools.

Those mentioned in this article are accorded a fair, sympathetic, understanding evaluation. They are not accused of schism. Why not? The Banner’s editorial says that conservatives who leave the CRC to join more Reformed churches are schismatic. But people leaving to join liberal, Arminian or charismatic churches are not given that labeL They are not charged with the sin of schism. They experience the tolerant face of the CRC.

Why the difference in approaches in the same issue of The Banner? Is the editor schizophrenic? No, I fear that the problem is worse. Those who leave the CRC or stay to change the CRC in the name of religion that is more warm and personal and contemporary are good people. But those who raise issues of truth and Biblical fidelity are not. We are reminded: “Being cold and intellectual is not biblical.” We who believe that the truth of the Gospel is at risk in the CRC are not good. We are schismatic poisoners of the waters of the church. The CRC seems to want to tolerate everyone except those who say that their commitment to Christ, the Bible and the Reformed confessions leaves them profoundly disquieted about developments in the CRC.

The best brief statement on schism was made sixty years ago by J. Gresham Machen. We in the CRC need to hear and ponder it today: “Here, then, is the principle of the thing—it is schism to leave a church if that church is true to the Bible, but it is not schism if that church is not true to the Bible. In the latter case, far from its being schism to separate from the church in question, it is schism to remain in it, since to remain in it means to disobey the Word of God and to separate oneself from the true Church of Jesus Christ.”

Dr. Godfrey is President and Professor of Church History at Westminster Theological Seminary in California.