It would not be surprising if, at sight of this word antithesis, the reader would feel a touch of nausea rising up in him. With some misgivings, if not actual resentment, he may have observed that Torch and Trumpet goes in heavily for this thing called the antithesis. Either the word by itself or the two-camp idea that lies behind it may go against the grain of his religious tastes.

If it is the word alone which sets the little wheel of opposition in motion, the resentment may be quite legitimate. He may sense in this foreign Greek word, when used by church people, the idea of having to hold the “world” at bay, of bracing oneself against this and against that, in short, of having to lodge on this demonic planet with averted eye. The word may be to him an envelope containing only negative ballots. And certainly Christianity, if it can still dance to the tune which Christ set for it, is here to bless and not to damn the world.

But if it is also the two-camp idea which gives him emotional cramps, his resentment is quite illegitimate. The Bible speaks plainly, and practically on every page, of those within and those without (Col. 4:5). The Bible puts a man under great pressure: either he is a campaigner for Christ or he is breaking up the campaign (Matt. 12:30). The Bible heats the floor under a man’s feet and makes him leap one way or another.

Not a Sacred Word!

There is nothing sacred, of course, about the word antithesis. In the whole Greek New Testament it is used only once (I Tim. 6:20) and then in the plural to describe something-to shy away from: “Avoid the Godless mixture of contradictory notions which is falsely known as ‘knowledge’…”1 The verb from which this noun antithesis is derived, meaning “to take a stand against,” though it occurs more frequently,2 is used without any technical content in varying situations. Hence it is optional whether or not to use the term antithesis. But the thing to which the term refers, taken in what we may call the Kuyperian sense, is not optional: it is a sacred truth. For the original antithesis, as God-ordained it soon after the Fall, is a situation issuing from an act of sovereign grace and sovereign judgment; by it God kidnapped Adam and Eve out of a newly established outstation of hell, announced ultimate defeat and damnation to Satan and his offspring, and insisted on an irrevocable rupture between the two groups. This rupture underlies all later history. To deny it is to be, by that token, in the wrong camp. 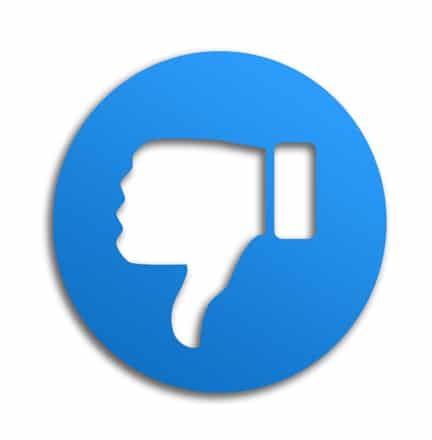 Having said all this–sorry about the long introduction—I trust I shall not be misunderstood when I now attack the “iron-curtain” variety of antithesis. For the antithesis is not the monotonous no, no, no, of malcontents; it is not an odorous heap of negations invented by killjoys; it is not a barricade erected by insecure middle-class folk who find the whirling world of today too fast for them; it is not the brain-product of mental unfortunates saddled with a partitioning-complex. The real antithesis was God’s idea, not man’s.

History did not, thank God, freeze over after the proclamation of Gen. 3:15. It continued; and, more important, God continued his “kidnapping” program then begun, the program by which men and women, breathing, toiling human beings, are transferred “into the kingdom of the Son of his love” (Col. 1:13) . Here lies the reason why a sour, static antithesis is unChristian.

The Bible paints a clear picture of a church which had gone sour on the world. It was an orthodox church, a “sound” church, and an enduring church. It had taken to heart Paul’s admonition to put on the whole panoply of God in order that they might successfully fight off the devil’s tricks (Eph. 6:11). When the “evil day” (Eph. 6:13) arrived, they were ready.

Certain men, followers of Nicolaus, had entered the church of Ephesus and given themselves airs of being first-rate leaders. In fact, they called themselves apostles. They claimed they had been sent to teach a new and wonderful doctrine. “You people,” they said, “are altogether too indisposed toward the world. If you would join in with it and attend its celebrations, you would be much happier—much better adjusted. Those idols pagans make a fuss over and carry around in their processions, they are of wood and can’t harm you, and the barbecue which follows the sacrifice is something any Christian can enjoy. Meat is meat—there is no evil in things. And the time you can have with the women afterwards…,” here the Nicolaitans would only wink.

Against this sort of “leadership” the people of the church had taken swift action: they held a trial and threw out the Nicolaitans. One had to hand it to these Ephesian Christians. They understood the art of slamming the door in the face of the devil. They had all sorts of patience when it came to suffering persecution for Christ’s sake (Rev. 2:3)—losing jobs, getting libelled—but when it came to false teaching of rotten ethics they had no patience at all. One can tell that the Lord loves this aspect of their church life.

“But I have this against thee, that thou didst leave thy first love” (2: 4). Love for whom? The Bible does not tell us. The expression “first love” is enough information. It is the ecstatic love of the sinner newly reconciled to his Gael, a love which cannot but spread its wings over fellow-creatures too. This love, this “honeymoon” spirituality, the Ephesians had found too difficult: they did not lose it but left it. Their criticism of the world had ceased to be compassionate. The true antithesis was too hard for them. They held ceased to weep in speaking of the enemies of the cross (Phil. 3:18).

For truly to be children of the heavenly Father is to pray that we may be pipelines through which the oxygen of love may filter into a hate-smothered world, to be a powerhouse of truth in an environment that has embraced illusion, to be a river of righteousness Rowing into the deserts of a corrupt modern world. O Lord, have mercy on us!