Attempts to understand the Colorado school massacre in purely secular terms fall painfully short: Would a kind word have helped the Trenchcoat Mafia? Did they have a bad self~image? Would anger-management techniques have helped? The mystery of iniquity — the rise of demonic evil in the heart of a child — goes much deeper than that.

Adults tend to sentimentalize childhood, having blocked out of their minds what it was like. Few people can be as cruel to each other as children. There is no class system more hierarchical, rigid and impervious to social mobility than a school’s pecking order. The “jocks,” “preps,” “druggies,” “cowboys,” “goths” and other cliques of a typical high school, exhibit a group identity, tribalism, and mutual hostility that is almost Balkan-like. 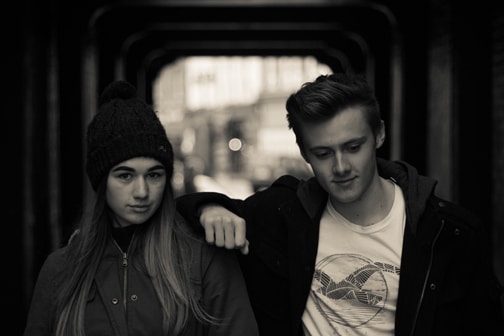 Babies are lovable no matter what they do, but as Augustine pointed out, there is no better example of sheer egotistic, hedonistic selfishness than a crying baby. The empirical fact of original sin means that “folly is bound up in the heart of a child.” Raising children means teaching them to control their emotions and their actions. They must be civilized. They must undergo moral and spiritual formation.

This is the job of parents who apply a God-like love and a God-like discipline to the children in their care, turning them eventually — with the direct help of God — into mature adults. In this process, the culture is supposed to help.

As Sociology 101 points out, a prime task of every society is socializing its children. The young members of the society have to be taught its beliefs, customs and values, so that they can take their place in that society as adults, and so that the culture can perpetuate itself. This is primarily the task of the family, but the larger society also has an interest in its children turning out right.

The culture once could be counted on to support parents in the task of civilizing their children. Today, the culture has almost become an obstacle. Instead of socializing children, the culture now seems bent on turning them anti-social. Children’s entertainment used to reinforce social values, from the moral lessons of Aesop’s fables to the work-ethic idealism of a Horatio Alger novel. Saturday afternoon movies were filled with role models. Even popular songs for adolescents encouraged the culturally essential process of courtship, love and marriage.

But then came the mass-produced, mass-marketed pop culture. Whereas the folk culture was concerned to pass down traditional values, andwhereas the high culture was concerned with excellence, the culture is produced to be bought and sold. The commercialized culture will give its customers whatever they want, so as to take their money. The appeal is to their desires. And, original sin being what it is, some of the deepest and most lucrative desires are sinful.

Today’s mass-marketed youth culture is more of an anti-culture. It appeals to the anti-social, destructive and self-destructive impulses that are bound up in the heart of a child. Today’s popular music, manufactured for the youth market, generally scorns authority, lauds illicit sex, and lifts up pleasure as the only good. In many cases now, it goes even further, wallowing in overt evil. Gangster rap, now a favorite of white suburban teenagers, glamorizes rape, drugs and murdering police officers. Death metal spins dark fantasies of vampirism, sadistic sex, and demon worship. Marilyn Manson sings songs about kids murdering parents

Do such artifacts cause its fans to commit violence such as the Colorado killings? Obviously, few of the fans of Marilyn Manson actually carry out what they are listening to. But the aesthetic appeal is that of transgression: the thrill of rebellion, the tang of evil. Most listeners are content to enjoy such degradations in the privacy of their imaginations. Even though they never act them out, the spiritual impact remains. A very few are not content with the vicarious experience of evil, but want to play it out in the real world.

Members of the Trenchcoat Mafia were fond of hard-core death metal music, the kind with Nazi imagery. They played the bloody video game Doom and watched the critically acclaimed motion picture Natural Born Killers over and over again. Certainly, there are many fans of these works of art who have never killed any of their classmates. But the question remains, are these artifacts helpful in the moral and spiritual formation of children?

That children would think violently transgressive music, video games, and movies are “cool” may be understandable, given their immaturity. But they are too young to come up with such things themselves.

The most subversive artifacts of the pop culture are written, produced, and sold to children by adults. Corporate executives and stockholders old enough to be their parents — who are, in fact, parents themselves — are cashing in on the corruption of children. Is this the sign of a healthy culture? Or are we becoming more like animals that eat their young?

Our society seems blithely unaware that, in its refusal to enculturate children in a positive way, it is committing cultural suicide. The weekend after the Colorado killings, Marilyn Manson played in Milwaukee. Even while the newspaper is filled with anguished human interest stories and indignant editorials, the paper’s entertainment section features a respectful interview with Mr. Manson. “I try to show people that everything is a lie — pick the lie you like best” says Mr. Manson, “and I hope mine is the best.” The entertainment critic wrote that Mr. Manson’s message is really nothing more than those time-honored rocket roll teenage virtues of individuality, independence and rebellion.

That so many of our children turn out as well as they do is a tribute to heroic parenthood. It is a bitter irony that parents now feel they have to protect their children from their own culture.