I. A Dangerous Attack

Self-Contradictions In The Bible is the title of the book. Do not ask me to the name of the publisher, for instead of mentioning one author and one publishing house, I would have to list a score or more. In the course of history—particularly, the last century—ever so many books or pamphlets have appeared bearing that title or a somewhat similar one.

In order to create a self-contradiction two passages with entirely different contexts are placed next to each other; for example, Gen. 17:10 and Gal. 5:2; or Matt. 5:16 and Matt. 6:1, and the question is asked: is it not clear that these texts contradict each other? Does not the one institute circumcision while the other forbids it? Does not the first tell us to “show off” with our good works, while the second frowns upon this practice? Sometimes the author fails to inform the reader that a seeming contradiction receives a reasonable explanation by a reference to the original; for example, Acts 9:7; cf. Acts 22:9. Then again the writer will become downright foolish; for example, when relying on popularity of the Authorized (or King James) Version, he asks us how anyone is able to believe what is recorded in II Kings 19:35:

“And when they arose early in the morning, behold they were all dead corpses.” A mere glance at the preceding context (or else a comparison with the translation as given in the American Standard Version) clears up that kind of difficulty.

Let us not say that attacks of this kind are unharmful. They are definitely dangerous, especially for those who lack a thorough knowledge of Scripture and a heart thai is ready to take God at his word. 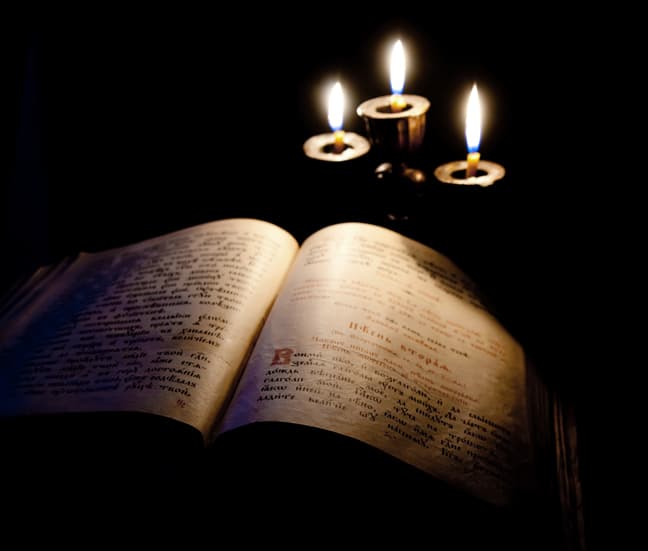 The kind of attack which I am now going to describe is more dangerous because it is more subtle. The author of the pamphlet which is lying on my desk begins by affirming that he loves the Bible and resents every attack upon it. He regards it as One of his cherished possessions. We begin to feel that this is our man, and that we shall be richly rewarded by rending what he has to tell us. But as soon as he has gained our confidence, he springs his surprise: he informs us that he is not going to deny that the traditional view of the inspiration of Scripture could be correct. but. aFter ail , are we not ready to agree with him that it is somewhat static? By contrast, his own theory is “dynamic, living, and growing.” Is the Bible the Word of God? Surely, let no one deny it; but it is not the only Word of God. Natural Science, too, is a Word of God, equal in importance to the Bible. Has it not given us the glorious doctrine of Evolution? The Word of God, he concludes, is really never finished: “each age, each kindred, adds a verse to it.”

Subtle is also the attack upon the Bible by men such as Barth and Brunner. I once heard a Barthian deliver a lecture on The infallibility of the Word of God. However, let not this phrase deceive you. In the camp of the Barthians infallibility is affirmed only of the message which the Holy Spirit brings home to the believer. That book, as it lies there, is not infallible. H. Rolston in A Conservative Looks To Barth and Gild Brunner, pp. 97, 98, states: “The freedom in the attitude toward Scripture taken by many members of the Barthian school is apt to strike at the very heart of the message of the Bible. Between such an attitude and the attitude of the Reformers there is a chasm as deep as the sea.”

And then there is the attack by the Dispensationalist. This, too, I call an attack. It is true that the men of this school of thought loudly proclaim that they accept Scripture From cover to cover as being thoroughly inspired. T he only trouble is mat they regard a very large portion of it as being without any normative significance for the church of the present day. They try to justify their position by a most peculiar appeal to II Tim. 2:15. Authorized Version: “rightly dividing the word of truth.” And so they begin to divide. The “pieces” fly in every direction, especially in the direction of the Jews. whom they love very dearly. So Israel gets the biggest part of the Bible, and aside from the Pauline epistles. very little is left for you and me. Now, whether one says: this part of the Bible is not inspired or it is not for us, makes little difference. The practical result is about the same. Yes, Dispensationalism is dangerous, and we should oppose it with every legitimate weapon.

III. Possibly The Most Dangerous Attack

“Most dangerous,” because surprisingly it is not an attack at all, (and yet, in reality, it is. I have reference now to the man who affirms that he subscribes completely to the Reformed view or the infallibility and inspiration of Scripture but who docs not even try to make a real study of Scripture. He is ever ready to make use of such terms as “biblicist” in characterizing the views of those who earnestly endeavor to make a careful, painstaking, exegetical study of the Bible.

He confesses that he believes in Scripture…but be goes All out support of the Democratic Party, the New Deal, the Fair Deal, or, perhaps. the Republican Party, and he does this without ever showing that this or that political philosophy—or lack of any political philosophy—is in harmony with the prevailing teachings of Scripture! By his silence about Scripture, a silence evident too often. he attacks it and undermines its authority.

Again, he confesses that he believes in the inerrancy of Scripture but he refuses to give his employer an honest day’s labor, or, perhaps, he pays his employees starvation wages. He never even tries to be guided by the light which Holy Writ sheds on the question of our social, economic or political responsibilities.

That is what is wrong with us: we have failed in too many instances to begin at the beginning: we have too often neglected to construct a philosophy of life on the basis or a careful and penetrating exegetical study of the Word of God. We have all too frequently welcomed whatever is new for example, some novel theory that is in conflict with this or that article or our confession—we have hailed it as if it were the quintessence of real “scholarship.” In the meantime we ignored the old, tried and tested. With what enthusiasm do not some turn to Barth and Brunner, while they know next to nothing about Kuyper or Bavinck or Warfield.

A return to the Word of God. to our confessions. to what is best in Reformed literature, is what we need. Not until we do this shall we be able to convince the best and more stable portion of our constituency that our views on any burning issue are correct. May God’s Spirit help, us to do just that.

Dr. William Hendriksen is professor of New Testament at Calvin Theological Seminary. Prof. Hendriksen is in wide demand as a lecturer. Also a prolific writer, his more important titles are More Than Conquerers, a commentary on the book of Revelation, Bible Survey, The Covenant of Grace, Sermon on the Mount, And So All Israel Shall Be Saved. Dr. Hendriksen is at present preparing a commentary on the Gospel of John for the forthcoming International Reformed Commentary series.