We take much pleasure in reproducing the accompanying document, first issued et Wheaton, Illinois, in November of last year. The paragraphs have been numbered by the editors for purposes of more convenient reference. Such references are found at several points (sometimes by numerals in parentheses) in the evaluation by Dr. Anthony A. Hoekema of the Bible Department at Calvin College.

Throughout the nineteenth century the doctrine of verbal inspiration was the battleground for a mighty theological conflict waged continuously in lecture hall and divinity school, pulpit and press. In many areas the battle ended by default; for conservative forces with a few exceptions simply withdrew from the field. Consequently Christian institutions throughout the world were soon overrun by heterodoxy and unbelief. In many instances the overthrow of orthodox Christianity was complete. For most scholars, verbal inspiration became the badge of hopeless theological obscurantism.

In the last decade, however, the problem of inspiration has again come into prominence. Modernism, instead of ushering in its promised millennium, has been forced by the logic of history to a more realistic view of man as a sinner and, accordingly to a new appreciation of the Bible. And the rise of militant Neo-orthodoxy, calling itself the theology of the Word of God, has radically changed the theological climate of western Christendom and redirected attention to the Scriptures. 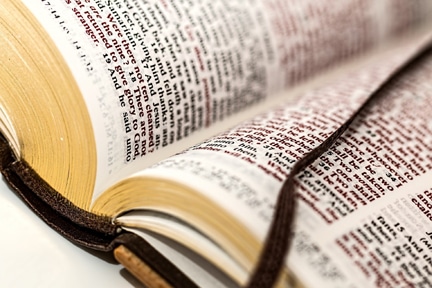 As a result of this new crisis in contemporary theology, an atmosphere of uncertainty and indecision has been created within the ranks of evangelical Christians. Battle lines have become exceedingly confused. Foggy and misleading generalizations, rather than precise definitions, are the fashion of our day. Theological discussion is often carried on under conditions of exceedingly low intellectual and spiritual visibility.

As teachers in the Bible and Philosophy Department of Wheaton College, therefore, we conceive it to be our duty to set sharply in the foreground of this discussion the broad and clear principles of orthodox faith, particularly as they relate to the crucial areas of the inspiration and authority of Holy Scripture.

A true and living orthodoxy, we believe, must never become static. No true orthodoxy lives on the orthodoxy of the past. ]f we are to remain loyal to the faith of our fathers, we dare not merely repeat their answers to opponents of a generation ago. We must rethink the doctrines of revelation and inspiration for our own generation and must fight on the battle lines as they are drawn today. This, we believe, demands an honest search into the truth of God in humble dependence upon the illumination of the Holy Spirit.

This does not mean, however, that in rethinking: the doctrines of revelation and inspiration, we are swerving from our orthodox commitments. We desire to make it unmistakably clear that we are not like rudderless ships floating aimlessly, driven and tossed by every wind of doctrine. We are steering our thought by the clear light of Holy Scripture. As faculty members of Wheaton College we gladly sign each year a “Statement of Faith” which includes the words: “We believe in the Scriptures of the Old and the New Testaments as verbally inspired by God and inerrant in the original writing, and that they are of supreme and final authority in faith and life.”

On the other hand, however, adherence to the doctrine of the divine authority of Scripture by no means restricts our freedom to think realistically, constructively and honestly in the light of all the facts. Rather we hold this doctrine to be the only possible foundation for clear and effective thinking about God and man’s relationship to God.

Although God sometimes revealed truth by dictation, inspiration was not by any mechanical means. Bather, the Spirit of God employed the attention, the investigation, the memory, the imagination, the logic, in a word, all the faculties of the human authors of the Bible. God’s guidance worked through the free exercise of the authors’ historical and theological capabilities. So far from being automata or stenographers, the Biblical writers made their own choice of words, expressed themselves in their own style, and revealed in their writings their own particular personalities. The message which the Biblical writers proclaimed was decidedly their own. God, however, prepared them, illuminated them, and divinely energized them, so that their prophetic message would be at the same time His divine message to men.

This view of the verbal inspiration of the Bible, of course, does not preclude the use of figurative, allegoric, and symbolic language. It does not guarantee that Scripture gives us technical, specific data in current scientific vocabulary. Scripture speaks rather in the language of the common man of two or more millennia ago; but what it speaks, it speaks truthfully whether it employs figurative language or literal, whether it deals with ethics or with the natural world of science. Inspiration does mean, finally, that the words of Scripture, although truly human words, are, nonetheless, also the very words by which God communicates His thought to men. The words of the writers of Scripture, therefore, properly interpreted in their total context and in their natural sense according to the usage of their day, teach the truth without any error.

The conclusive evidence that verbal inspiration is true may be found in the testimony of the God-man, Jesus Christ, and of the divinely accredited apostles of Cod. Om Lord Jesus declared: “Scripture cannot be broken” (John 10:35), and, “It is easier for heaven and earth to pass than for one tittle of the law to fail” (Luke 16:17); and throughout His teaching He showed a continuous and complete acceptance of the authority of every word of the Old Testament Scriptures. In refuting the argument of the Sadducees, He charged them, “Ye do err, not knowing the Scriptures” (Matt. 22:29); and He rebuked His own disciples, “O fools and slow of heart to believe all that the prophets have spoken” (Luke 24:25). In at least two cases Matthew 22:43–45 and John 10:34,35) the whole point of Christ’s argument rests upon a single word. In similar fashion tho apostles teach the divine authorship and irrefragable authority of Scripture. The apostle Paul declared that all Scripture is inspired (literally, breathed forth or produced) by God (II Tim. 3:16). The apostle Peter, as a true disciple of Christ, teaches that no part of the prophetic word is of merely human origin but all of it is of divine origin through the use and control of the human writer by the Holy Spirit (II Peter 1:20, 21).

Since the teaching of both Christ and the Biblical writers is so unequivocally clear, what they teach ought to settle the matter for the Christian. Some have rejected this appeal to the teaching of Christ and His apostles as circular reasoning. Our Lord, however, has expressly told us to follow His teaching (John 8:13 ff. and elsewhere); and certainly no circle is involved unless the authority of Christ and His apostles rests in turn upon an acceptance of verbal inspiration. Such is not the case, for our faith in the deity of Christ is grounded rather upon the sum of historical, logical and experiential evidences for the truth of the Christian faith and in particular upon the immediate testimony of the Holy Spirit to our own spirits that we are truly children of God through faith in Him. Belief in verbal inspiration, therefore, rests ultimately upon these evidences which prove that Jesus Christ is truly the Son of God and that the apostles are trustworthy teachers of doctrine.

Such a view of the inspiration of the Bible fosters textual and historical criticism, and philological research. By the scientific use of correct principles of textual criticism the reverent scholar is able, in the vast majority of cases, to ascertain the original words of Scripture. The correct text, as thus secured, serves as a reliable basis for exegetical study; and its faithful interpretation provides man with the very truth of God.

By adequate historical research the Christian scholar, likewise, may investigate the origin, authOrity, genuineness, date, and authenticity of the various books of the Bible. Belief in the inerrancy of Scripture does not rule out such investigation. It does, however, rule out conclusions to which certain historical critics have come namely, those which contradict anything taught in the original words of Scripture. For instance, it is obvious that one who concludes that Moses did not write the Pentateuch cannot hold to the inerrancy of another book which specifically declares that he did.

This doctrine of the verbal inspiration and inerrancy of Scripture not only encourages research but also is essential to theology. Belief in verbal inspiration, of course, is not essential to the salvation of a man’s soul. We must add immediately, however, that it is neither relatively inconsequential nor merely one important doctrine among others. At stake is the whole method by which orthodoxy builds its theology. Down through the centuries the standard of doctrine for all evangelical churches has been the Bible. The Bible is the only infallible rule of faith and practice. In its confessions of faith the church professes to derive its system of doctrine from the Bible. Theologies arc of necessity subject to change; being man-made, they are not infallible. God’s Word is infallible; it is the immutable foundation of theology.

Modernism discarded that foundation. It sought to found its doctrine at first upon the teaching of Jesus alone, later upon Christian experience, finally upon unaided human reason.

Neo-orthodoxy seeks to bridge the gap between orthodoxy and modernism . It sets its foundation ultimately upon a Bible that becomes the Word of God as the Holy Spirit sees fit now and again to use the Bible as an instrument to bring men into personal acquaintance with Christ, the Living Word of God. Valuable indeed is this emphasis upon the Living Word and upon the direct meeting with God’s Spirit in the pages of Scripture by every reader whose mind is illuminated and whose heart is open to receive Him. But in its emphasis upon the present application of the Word to man’s heart, Neo-orthodoxy forgets that in Scripture God not only speaks, He has spoken. By His work of inspiration in the post, God constituted the Scriptures an objective, written Word—His message of hath to men whether men respond and listen to His voice or whether they do not.

The church of God must have this objective·standard by which to distinguish true doctrine from false. Only thus can it be preserved from an irresponsible subjectivity which picks and chooses at will.

The doctrine of verbal inspiration, therefore, retains the truth found in the alternatives opposed to it, avoids their logical and spiritual pitfalls, and brings the church under the authority of the ever-living voice of God, Who spoke in sundry times and divers manners through the prophets, and in those same words speaks infallibly in our day, bringing to men the gospel of God’s abundant grace through our Lord and Saviour, Jesus Christ.

Signed, the faculty of the Department of Bible and Philosophy, Wheaton College.