Jude, a servant of Jesus Christ and a brother of James, to those who have been called, who are loved by God the Father and kept by Jesus Christ: “Mercy, peace and love be ours in abundance. Dear friends, although I was very eager to write to you about the salvation we share, I felt I had to write and urge you to contend for the faith that was once for all entrusted to the saints. For certain men, whose condemnation was written about long ago, have secretly slipped in among you. They are godless men who change the grace of our God into a license for immorality and deny Jesus Christ our only Sovereign and Lord.” Jude:1–4

Usually, people have to receive letters before they can benefit from them, and before that can happen the letters of course have to be written. But here is an exception to that norm. Jude was intending to write one letter but did not do so. Now as he begins another, he tells his addressees what he was going to write to them about and why he did not do that. Here is a valuable and rare insight into the mind of a writer of Scripture as well as important information about each of his “letters.” 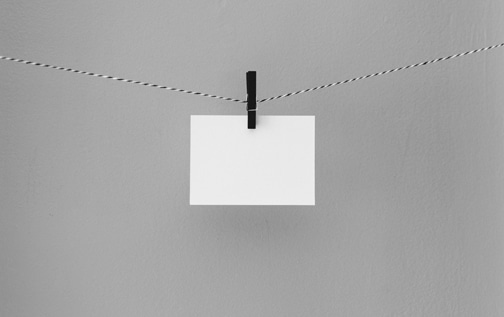 Jude was going to write about salvation. How amazing it is that he was going to write about that! Identifying himself as the brother of James, the leader of the Jerusalem church, means that he too was the brother of Jesus, the Judas of Mark 6:3. Jude had the same mother as Jesus, but there was a time when, like his three other brothers, he did not believe that Jesus was the Messiah (John 7:3). They even thought him insane (Mark 3:21); but now Jude (and James) are in their right minds. And so Jude wants to write about salvation, the wonderful theme of all the Old Testament books and of those New Testament ones that had already been written. Had he done so it would not have been in any conflict with the rest of the Bible.

But he did not. He was perhaps on the verge of beginning when he was stopped. Why? It was not that he had second thoughts about his subject and came to the conclusion that there was something better to write about. How could that be? Salvation is going to be the theme of heaven, and not just of the Bible! It was that some other matter came to his mind so powerfully that even his great intention and grand theme had to be laid aside. Instead of thinking what he would like to write to those he was addressing, he was now thinking about what they needed, and needed so desperately. That was the reason why he came, or rather was brought to the conclusion that while there was nothing better than what he was going to write about, there was something that was more urgent as far as his readers were concerned.

This insight into Jude’s mind and spirit is most valuable. First, it does away (or should!) with the old criticism that if one believes that the writers of Scripture were divinely inspired that must mean that they were reduced to typewriters, or computers to be contemporary! No! The authors of Holy Scripture were creative writers not laser printers, downloading heavenly material. Jude changed his mind concerning what he was to write about. What is more human than that? But he changed it for the better as far as those addressed were concerned.

But second, it gives an insight into the mind of the Spirit of the Lord. It was a result of the Holy Spirit’s making Jude aware that there was a need to be addressed that he willingly responded to this new impulse. The necessity Jude felt was the constraint of the Holy Spirit. All the books of the Bible are written as a result, not of human decision making—not even when good themes are chosen as subjects—but as a result of the Spirit’s leading and supervision (see 2 Peter 1:20–21). Scripture is timely truth for God’s people and He may be said to write them letters in their need.

But does not Jude’s change of mind mean that those addressed were deprived of information about the great truth of salvation? The answer to that question is of course a resounding “No”—and there are two reasons for that.

The first is that the salvation Jude was going to write about was a “common” one. It did not just belong to Jude or James, or their mother, it belonged to others too. It was not the preserve of a select few, a secret mystery. Having been predicted in the Old Testament, it was actualized in the coming of Jesus Christ, and a multinational church was being gathered. Those addressed were neither ignorant nor bereft of it. They had been called by the Spirit working in association with the gospel, and had been brought within the compass of God’s love and were being kept for Christ’s glory. They were the “saved”; they were “saints.” The salvation belonged to them all and not in the sense that each had a part of it. It was the possession of each as well as of all.

But second, although Jude did not write about salvation, he did not omit all reference to it. In verses 1–3 he identified the Savior; described “the saved,” and also summarized salvation in terms of more and more mercy, peace, and love being received. What happened was that his original plan underwent a decisive refocusing rather than a complete recasting. Instead of writing about salvation so as to evoke wonder and expand understanding, Jude wrote about it in relation to the pressing need of those addressed. Faced with the serious crisis described in verse 4, he not only urged them to ”stay saved” (see verses 20 and 21) but to “save others” (verses 22 and 23) and also to “save” the faith in the church (verse 3).

To be concluded in the January issue of The Outlook.

Dr. Jones joined the faculty of Westminster Seminary in California this year as Professor of Practical Theology. Previously he served as Minister of Grove Chapel, London, and in the Presbyterian Church of Wales. He was also Editorial Director of Banner of Truth Trust, and Principal of London Theological Seminary.