The several men seated around the table have worked hard on the case in the past months. Prayers, ponderings, discussions, meetings, phone calls, and letters have all been agonizingly employed in an attempt to regain the erring brother or sister by means of Christian Discipline. The steps have not been taken lightly, nor has the action been performed impeccably; however, the elders have acted faithfully. Nevertheless, within God’s sovereignty, repentance has not been forthcoming; rather there is demonstration of an apparent hardening of the heart. Now the letter is opened and the contents read: “I, John Doe, do hereby resign of my church membership.”

Amidst the sorrow and disappointment of the men who have labored so tirelessly, is the dilemma of how to respond to resignations. While the responses may be varied within Reformed denominations, it cannot be denied that an all too common occurrence in consistory rooms is the reception of resignations from individuals of the church while under official ecclesiastical discipline. The 2006 Directory of the United Reformed Churches in North America indicates that forty families resigned from URC churches in the past year. While all may not have been cases including ecclesiastical discipline, it is a safe assumption that most were employed as imagined avenues of escape from the God-ordained practice of Church Discipline.

In an attempt to begin correcting the current trend of the practice of resigning, it is imperative that individuals take another look at the very nature of resignation, critiquing and evaluating it in light of Holy Scripture and the Reformed confessions.

The word “resignation” indicates “a formal statement, document, etc., stating that one gives up an office or position.” In the case of church resignation, the term “resignation” would indicate a voluntary action made by an individual whereby he forfeits or gives up his church membership. More simply, resignation from a church is an action wherein a person “quits” the church. In the essence of this action, the person resigning makes an official request that he no longer desires to be considered a member of the church thereby interrupting the discipline process and forfeiting his rights as a member of the church.

At the time of one’s public profession of faith, the practice of Reformed churches is that the professing individual answers several questions publicly. One of the questions that is presented to the professor is “Do you promise to submit to the government of the church and also, if you should become delinquent either in doctrine or in life, to submit to its admonition and discipline (Psalter Hymnal, “Form for the Public Profession of Faith)?”

With the expression of the expected affirmative answer, the professor stands in the public assembly of the Church of Jesus Christ and solemnly takes a vow upon his lips in the presence of the Head of the Church, Christ Himself. The vow is that he promises, if need arises because of doctrinal or moral delinquency, to submit himself to the operation of the key of Christian Discipline. Nevertheless, in the act of resignation while under ecclesiastical discipline, an individual brashly breaks this vow. In this act of resignation, an individual rejects the authority of Christ in the operation of Christian discipline through the human instrumentality of lawfully appointed and qualified elders (cf. Mt. 16:19; 18:18; HC Q. #85).

In essence, the act of resignation is an action that is in exact opposition to the vow one took at their profession. Therefore, it is impossible to validate the action of resignation by one who is under discipline within a faithful church based upon the vow made at one’s profession of faith.

Furthermore, in resignation while under discipline, the vow of profession is broken as one commits sin against the fifth commandment by refusing to submit to the God-ordained authority in the realm of the church. According to the Heidelberg Catechism, the fifth commandment requires of the Christian to “submit myself with due obedience to their [all in authority over me] good instruction and correction (Q. #104).” Indeed, Hebrews 13:17 instructs the Christian to “[O]bey those who rule over you, and be submissive, for they watch out for your souls….”

Christ delegated this authority to various individuals in various spheres of life. One body of individuals and one sphere of authority is the consistory, which has authority over the ecclesiastical life of the members of the church. This delegation of authority to the Church is seen in Matthew 16:19 where Christ says to Peter, as a representative of the Church, “And I will give you the keys of the kingdom of heaven, and whatever you bind on earth will be bound in heaven, and whatever you loose on earth will be loosed in heaven.”

Biblically acting elders of the Church of Jesus Christ do not exercise their own authority in matters of Christian Discipline, but the authority delegated to them, the authority of Christ. John Calvin states this truth powerfully when he writes, “Therefore, that no one may stubbornly despise the judgment of the church, or think it immaterial that he has been condemned by the vote of the believers, the Lord testifies that such judgment by believers is nothing but the proclamation of His own sentence, and that whatever they have done on earth is ratified in heaven (Institutes, 4.9.2).”

The objection is often raised by resigning individuals that the elders did not perform their action of discipline perfectly. This fact can be humbly admitted by all consistories and elders. What person in authority, apart from Christ, ever exercised their authority impeccably? What parent would ever discipline a child if he first had to prove his perfection in parenting? The Heidelberg Catechism realizes the existence of infirmities in individuals of authority and therefore exhorts those under authority to “bear patiently with their weaknesses and shortcomings, since it pleases God to govern us by their hand (Q. #104).” The question is not if the discipline was enacted in an impeccable manner, but rather if the discipline was enacted in a biblically faithful manner.

In addition, if the actions of the elders are deficient to the point of being an unbiblical exercise of authority, reformed church polity provides avenues of appeal to the broader assemblies. For instance, the Church Order of the United Reformed Churches in North America states that “if any church member complains that he has been wronged by the decision of a narrower assembly, he shall have the right to appeal to the broader assemblies. Until a decision is made upon such appeal, the church member shall conform to the determination and judgment already passed (Art. #31).”

The process of appeal and the action of conforming “to the determination and judgment already passed” is ignored when one hastily exits the church in an attempt to “escape.” Therefore, a resigning member who has not exhausted all avenues of appeal and demonstrated the unbiblical nature of his discipline to the broadest ecclesiastical assembly should not be granted the opportunity of the ears of others in his expression of frustration with the actions of the elders of the church. Nevertheless, often the resigning individual finds several eager meddlers who are more than willing to listen and negatively critique the elder’s actions. Such actions are clearly contrary to the fifth commandment.

The Nature of the Church

Furthermore, another common misunderstanding is the mindset whereby one pretends that he may simply join another local church after resigning from under discipline at a local church. This belief and practice reveals a serious ignorance concerning the nature of the local and universal church on both the individual’s and the receiving church’s side.

The Belgic Confession states that “we believe and profess one catholic or universal Church” (Art. 27). It continues by affirming that “men are in duty bound to join and unite themselves with it…and to join themselves to this congregation, wheresoever God has established it” (Art. 28). The section which indicates “wheresoever God has established it” refers to the local manifestation of the Church of Jesus Christ in a particular congregation or church. 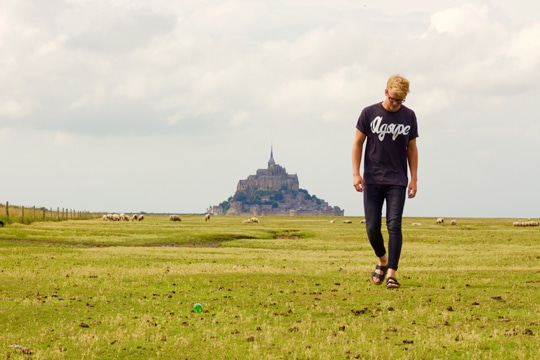 Furthermore, the practice of some churches accepting individuals who have resigned, or even those who have been excommunicated, with little investigation into the matter, reveals a grievous denial of the unity of the Church of Christ. Relating to this practice, John Murray reminds the church that “we must also take into account the whole church and we must be as jealous for the discipline exercised by other bodies as well as our own denomination (Collected Works, 2.384).”

An individual who has resigned his membership from one local church has made a grievous declaration that he does not wish nor desire to belong to the Church of Jesus Christ as manifested in that local congregation. Based upon the truth of the unity of the body of Christ contrasted with the nature of the grievous declaration of resignation, there is no biblical validity to accept a member who has resigned from another congregation without that individual’s public confession of guilt.

We can faithfully summarize our present age as one that is antiauthoritarian. This antiauthoritarian view seeps into and pervades the minds of the church members if not counteracted with faithful instruction and exhortation. Sadly, we can often look in the churches and find relationships between wives and husbands, children and parents, employees and employers that provide conclusive evidence that the antiauthoritarian mindset of the world has partially seeped through the walls of Zion. To counteract this mindset the Church needs faithful and powerful expositions from the pulpit concerning the nature and delegation of authority, both in how it is exercised and submitted to. Not simply the steps of Christian Discipline, but also the authority behind and in Christian Discipline must be clearly set forth from the pulpit and the classroom.

In addition, the delegation of authority in all of its realms must be rediscovered. If one operates upon the principle that authority can easily be neglected, one will most likely practice rebellion against authority in several of its realms. It is only logical that an individual who disregards the civil magistrate’s dictates also disregards the ecclesiastical authority. Likewise, a child who has fostered a spirit of rebellion against authority through years of parentally rewarded tantrums will most likely revolt against the concept of submitting to the authority of the elders in the Church.

The Church must actively exercise herself in training her covenantal youth, along with her adults, about the nature and necessity of living with authority–both in exercising and submitting to it. Only such faithful, continual instruction blessed by the Spirit of Christ will reproduce a spirit of submission that echoes the sentiment of a former minister in the Netherlands, Rev. Smytegelt, who said he would rather be hung from the gallows than be excommunicated from the Church of Jesus Christ.

The duty of the men gathered around the consistory room table is seriously to warn the resigning individual concerning that person’s action of rebellion against God by setting the act in its biblical perspective along with highlighting the implications of church resignation. The resignation may not be received with a spirit of relief that the name can be scratched off of the district survey list. The elders must not simply believe that their hands are tied and they have no possible avenues of action–even though further official discipline has been interrupted. Rather, the elders must stand on the watchtower of Zion and sound the alarm distinctly that church resignation while under discipline is rebellion against Christ and therefore the resigning individual must be “reconciled to God.”

Rev Greg Lubbers is the pastor of the Covenant United Reformed Church of Byron Center, Michigan.