John begins his Gospel with a glimpse into the life of the Godhead. It is an indication of what he intends to do in his book—to unveil significant truth concerning the mystery of the Trinity. The apostle in his prologue invites us to leave the humdrum thoughts and concerns of everyday life to fix our minds upon the contemplation of God. He presents God in himself (John 1:1–2, 18a–b) and God for us (John 1:14, 18)—what theologians often call the immanent Trinity and the evangelical Trinity. At the very outset of his gospel, we are given the opportunity (in the language of Anselm) to put aside our “weighty cares” and to leave our “wearisome toils” in order that we may seek God, find Him, and come close to Him (Proslogion, Chapter I).

We must come, however, with an appropriate posture, marked by two characteristics. There must first be humility. John the theologian of the Trinity informs us at the beginning of his gospel that God is beyond human comprehension: “No one has seen God at any time” (John 1:18a). In the fourth century, Gregory Nyssa would make the same point: “The simplicity of the True Faith assumes God to be … beyond the reach not only of the human but of the angelic and of all supramundane intelligence, unthinkable, unutterable, above all expression in words” (Against Eunomius, Book I). We must, in the second place, pursue moral integrity if we would even come to a little understanding of the mystery of the one God in three persons. In order to understand and assess the teaching of Jesus (indeed, the teaching of John as well), we need one qualification above all else—the willingness to do the will of God the Father (John 7:17). Gregory Nazianzen picked up on this biblical perspective and answered the question as to who is allowed to ponder, meditate, and think about God. “It is permitted,” he said, “only to those who … are being purified” (The First Theological Oration III).

After his opening reference to the plurality of divine persons that have existed from the beginning (John 1:1-2), John explicitly teaches in his gospel the mystery of the three distinct persons, each of whom is fully God. The Father, the Son, and the Spirit are revealed in God as he is in Himself. They are set forth in their distinct actions, and they are manifested in salvation. 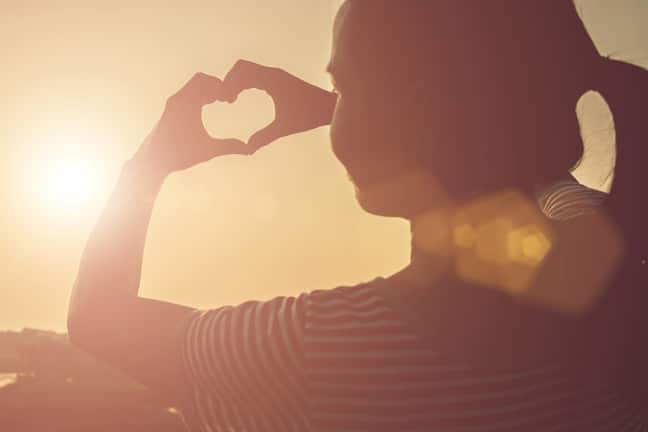 Through the biblical revelation, we learn that God as He exists in Himself is three persons, each one distinct from the other two. Jesus Christ, John writes, is the “only begotten Son” of God the Father (John 3:16). As Athanasius explained so well, the fact that the Son is begotten shows that He is a distinct person from the Father. And the fact that He is the Father’s Son means that He must have the same essence as the Father—that is, full divinity (Contra Arianos, I.15). While the Father eternally begets the Son, he eternally emits the Spirit. “The Spirit of truth,” Jesus said, is the one “who proceeds from the Father” (John 15:26). As to the Father, we must speak by way of negation—He is neither begotten, nor does He proceed. Is there anything in creation comparable to this? John of Damascus suggested that there is: “We have an analogy in Adam, who was not begotten (for God Himself molded him), and Seth, who was begotten (for he is Adam’s son), and Eve, who proceeded out of Adam’s rib (for she was not begotten)” (An Exact Exposition of the Orthodox Faith I.VIII).

The truth of the three-person God is further declared by their actions which differ one from the other. This is a valuable insight provided by the contemporary German theologian Wolfhart Pannenberg (Systematic Theology, vol. 1). The Father is the person who confers authority upon His own Son, specifically the authority to execute judgment on the Last Day (John 5:27-29). It is the Father who determined that every human being who ever lived will give an account of his ways to the very Son of God. The Son is the person who freely submits Himself to the plan of God, declaring, “I do not seek my own will, but the will of him who sent me” (John 5:30). At the conclusion of His life before the crucifixion He could say, “I glorified You on the earth, having accomplished the work which You have given me to do” (John 17:4). The Spirit is the person who calls attention to the Son, rather than to Himself. Of this Spirit of truth, Jesus said, “He will glorify me” (John 16:14). The work of the Spirit would be to call attention not to Himself, but to the Son of God. Clearly, the actions of the Father, the Son, and the Spirit in the flow of history underscore the mystery that the God whom John had come to love was three persons.

Finally, God as Trinity is seen in the gospel itself—that the Father gave what the Puritan Thomas Goodwin called “two grand gifts,” both His Son and his Spirit (Works, vol. 6, p. 9). The beneficial intention of the Father in the gift of the Son is expressed in the declaration: “For God did not send the Son into the world to judge the world, but that the world might be saved through Him” (John 3:17). Here, we find, as John Calvin affirmed, that God is “favorable to the whole world when He calls all without exception to the faith of Christ” (Commentary on John). While divine favor toward all the world is expressed in the Incarnation, the favor of the Father and the Son toward the church was manifest on Pentecost in the gift of the Spirit. Jesus comforted His disciples with the promise: “I will ask the Father, and He will give you another Helper” (John 14:16). And he added, “If I go, I will send Him to you” (John 16:7). These evangelical gifts may further be regarded as the very hands of God—the Son effecting the plans of the Father, and the Spirit giving the power for the plans to be effected (Irenaeus, Against Heresies IV.xxxviii.3). The hand of the Son accomplished redemption, and the hand of the Spirit applies redemption to the elect.

Perhaps the most outstanding characteristic about the Godhead is that it is a three-person society of supreme love. The medieval theologian Richard of St. Victor wrote, “Each of those who love gives love, and from this each undoubtedly draws those delights of love, flowing with honey” (Of the Trinity, Book Three, Chapter II). Already in the prologue we are given an indication of the love that permeates the Trinitarian life in the statement that “the Word was with God” (John 1:1) and in the declaration that “the only begotten Son” is the one “who is in the bosom of the Father” (John 1:18). Just as a human father cradles his infant son tenderly holding him in his bosom, so likewise the heavenly Father embraces His only begotten Son in His own bosom. Later, John explicitly calls attention to this reality of inter-Trinitarian love both before creation and afterwards. In Jesus’ address to the Father, He acknowledged, “You loved me before the foundation of the world” (John 17:24). And in creation itself, as the incarnate Son, He informed the apostles, “But so that the world may know that I love the Father, I do exactly as the Father commanded me” (John 14:31).

What is utterly remarkable—and what is at the very heart of the gospel—is that this Trinitarian God embraces the creature, even man fallen in sin. We who believe and receive the Christ are given the grace of adoption, “the right to become children of God” (John 1:12). By nature, Christ is the only begotten Son; by grace, we become a great host of adopted sons. Our place and acceptance in heaven’s family is such that the risen Christ announces, “I ascend to my Father and your Father, and my God and your God” (John 20:17). The love that is extended to us in the household of God is even comparable to the love that the divine persons have for one another. Jesus said, “Just as the Father has loved me, I have also loved you” (John 15:9). The adoption of the needy, the lost, and the outcast came at great cost. Our inclusion as sons of God meant the exclusion of the Son of God in the crucifixion. It is the reason for His cry of dereliction, “My God, my God, why have You forsaken me?”

As we contemplate what has been given to us in the gospel, we can see the appropriateness of This is My Outlook the question of Jesus addressed to Peter—if it were to be directed to us—“Do you love me?” If we can answer in the affirmative, then we must remember our duty to endeavor to live under the authority of the Word of God. For Jesus said, “If you love me, you will keep my commandments” (John 14:15).

three in one, trinity