The storm which struck Holland on the night of January 31 had lethal power in its lungs. It was as a million demons started blowing at the dikes and succeeded in cracking them. One hideous drama after another trickles in to Dutch tea conversation as evacuees spread through the country: houses whose attics were packed with women and babies and old folks, collapsed—with help a hundred yards away people clinging to eavestroughs with their bodies dangling in the swirling water until their blue knuckles gave way…; young and old, clad only in night-clothes, spending a night and a day in treetops…God, the Father, seemed to be asleep on that black night. 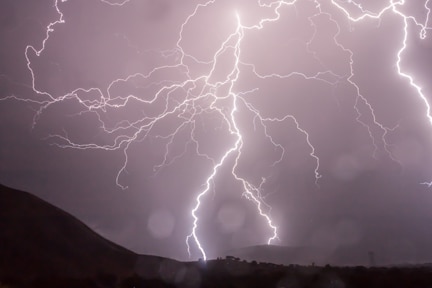 The logic of the storm, according to some, prescribed a bold if not a bitter atheism. To them the storm was an unfortunate combination of wind and high water and nothing else. The storm spoke and said: “I am omnipotent.” The storm spoke and the people prayed, but their prayers could not pierce the storm. God was not around to hear their prayers. Proof? Proof is easy: the house collapsed, the blue knuckles no longer held. To Christians also the storm spoke—but it spoke in many languages. To some it spoke the simple language of judgment and to others a Morse code of signs and wonders. Some heard the voice of God in the winds and others heard mainly the speech of the old Serpent.

Many of the islanders themselves, whose theology has been traditionally somewhat passive and joyless, felt they had fallen into the hands of God “breathing threatening and slaughter.” They felt they were but match sticks tossed into the Consuming Fire, forgetting that God cared even [or the sparrows all the nIght of January 31. The storm, so ran their reasoning, was God’s curse on Zeeland’s collective infidelity to him. The situation was as transparent to them as a piece of simple arithmetic. Said one man, “We are but clay which God scrapes off his fingers.”

It is true that the Bible posits a connection between the evil that comes from within—as brewed in our hearts—and the evil that comes from without—in the form of disasters. There is a connection between eating forbidden fruit and the thorns and thistles which grow about one’s feet. But if this connection was transparent when history was young, it is certainly no longer transparent now that history has .ripened. Job’s friends erred so seriously at this point that God rebuked them and demanded Job’s intercession for them. They sinned in simply equating disaster with judgment; they erred in thinking that. Job’s situation was transparent. Christ’s disciples committed the same error when they asked concerning the blind man: “Rabbi, who sinned, this man, or his parents, that he should be born blind?” They suppose there are but two possibilities here: either this man committed some prenatal sin, or his parents are responsible. But Jesus undercuts their rationalism, “Neither did this man sin, nor his parents: hut that the works of God should be manifest in him” (John 9:1–12). The blind man’s situation, says Christ, is not transparent. Behind it lies God’s high intent to glorify himself, and through it runs the devil’s intent to detract from God’s glory.

The reader will notice that I have presumed to classify this reaction of some very devout folks as unwholesome. It is not unwholesome, of course, to feel small and to feel sinful in the face of catastrophic displays of God’s power. This reaction becomes unwholesome only, it seems to me, if one pinpoints the sin and hence localizes the judgment whether in the case of Job, the blind man, or the Southwestern islands of Holland. We may not act as if we have a personal copy at God’s Counsel in our private possession.

Admirers of Karl Barth spoke of the sea as representative of all the forces of chaos which constantly threaten the people of God.1 They pointed to the happy condition of the new heaven and the new earth from which the terror of the sea will have been removed (Rev. 21:1). The emphasis was on God’s struggle with, and ultimate victory over, the titanic powers of chaos. Since these articles2 were written in the context of current disaster, one could not help concluding that God fought and lost the battle of the dikes on that g-rim Saturday night not so long ago. All the texts quoted, however, and there were many (Gen. 1:9–10; Ps. 33:7; Ps. 104:5–9; Job 38:8–11, etc.), point to God’s complete power over the sea. The sea, for all its savagery, lies inside the orbit of God’s providence. Or, if not, how could God’s people be comforted? They are profoundly concerned about the authorship of the disaster. If Chaos took from them father, or mother, or children, there is little comfort in I.he prospect of a new heaven and a new earth swept clean of Chaos. For if the wild sea does not carry out God’s will now there is no guarantee that Chaos will not, on some fine sunlit day in the hereafter, spurt up also on the new earth. People have a right to final guarantees that “to them that love God all things work together for good.” They have a right to that guarantee, no, not because God is under obligation to them, but because God has bound himself to them by that promise.

The thoughts of many ministers, who were conscious that there was no special bulletin from heaven to cover the event, turned to the Tower of Siloam incident recorded in Luke 13. The tower crashed and, in two seconds, mixed its bricks with the dead bodies of eighteen men standing or working in its shade. People shuddered and began their comparisons. Joe ben-Saul had done this, and David ben-Simeon had done that, and the people of Zeeland put all their trust in dikes. No wonder the tower caved in; no wonder the dikes broke. Came Christ’s reaction: don’t imagine for a minute that these men who are still basking in the sunlight had worse records than you people of Jerusalem. Indeed, the tower fell in God’s providence; indeed, the men were sinners; hut unless you people—whether in Jerusalem, Amsterdam, or Grand Rapids—change your minds drastically you will likewise perish. Perhaps Christ thought of the Sack of Jerusalem which took place about forty years later. Then the temple crashed and all the towers fell on a people who, by and large, had not repented.

The storm was at least a warning to all, in Holland and in the whole wide world, that they must turn to God and put their hope on him before the evil day come. The crashing tower of Siloam proclaimed, not the guilt of a few, but the grievous guilt of all.

Another theme for many sermons was the incomprehensible suffering of Job. For us who have God’s commentary on the disasters which struck Job, was upon wave, the curtain of God’s Counsel has been briefly lifted. We are permitted a glimpse into heaven where Satan, among the sons of God, gets what we might call the chance of a lifetime. We notice that God takes the initiative—“Hast thou considered my servant Job”—and that the devil is permitted to test his perverted explanation of Job’s righteousness. Both God and devil, the one subordinate to the Other, are operative in the terrors which envelop Job.

Some preachers stressed the devil’s part in the sufferings of the flood victims and other’s God’s part. One could observe a definite tension here—the slightest intrusion of a false dilemma—but no definite clashes. Another favorite text, and with it I shall close, was: “Thy way was in the sea, And thy paths in the great waters, And thy footsteps were not known. Thou leddest thy people like a flock, By the hand of Moses and Aaron.” (Ps. 77:19, 20)