This text serves wen as proof for the divine inspiration of Scripture. And that means that everything from Genesis 1:1 to Revelation 22:21 is the Word of God. Among the Bible-believing, therefore, such admonitions as these are never irrelevant: Let the Bible stand! Take nothing away from the Word! Don’t neglect any part of Scripture! Listen obediently and reverently to the whole Bible as revelation of God!

Under the Spirit’s guidance the poet has been given to see that treasures abound in the Word, not the least of which is the fact of its manifold beauty—numerous and varied are its forms of revelation.

There is history in the Bible, and prophecy. There is the Law, with its many righteous ordinances, every one of which endureth forever (Ps. 119:160b). God’s Law is not a boresome, technical code, but a Jiving guide which leads us into the knowledge of “the good and acceptable and perfect will of God” (Rom. 12:2b). Nor is Biblical history dry and monotonous, but diverse, multiform in character, so that its careful study leads to one interesting discovery after another! And its prophecy, although always pointed, concrete, and arresting, is never confined to a single pattern, even though its ultimate message always exposes the chief Prophet and teacher, Jesus Christ.

We must appreciate the many-sided character of Biblical revelation, for the sum of it is truth!

Man is a creature who expresses preference.

That is why some preachers prefer Scripture’s historical material. Others most gladly choose a text from the Psalms. So, too, with church-goers: one prefers a sermon from the epistles, another revels in the prophets and the Book of Revelation.

But that isn’t the extent of our preferment.

Often those who give the nod to Biblical history demand that it be treated according to a particular pattern. Lovers of the Book of Revelation will press the preacher to fashion a single theme for the whole book. And many who prefer the Law and the Prophets will demand that a certain framework of interpretation be adopted within which it must be read.

A live subject in today’s discussions is the dividedness of the Church. Now, apart from all sociological factors, we find here an indication of the chief cause of this disunity. It is that we love some parts of God’s revelation very much, but we do not love the total Word, the whole Bible.

One takes a part of the Word, such as God’s commandments, and tends to become work-righteous. Another stresses man’s total inability, making this the theme of God’s revelation, and the result may be a false passivity. A third selects the blood atonement as his emphasis, losing sight of the necessity of Christian gratitude.

Sovereign election is underscored, and the seriousness of the offer of grace is minimized.

Texts emphasizing personal piety get all the attention. and the fact that Christ is the Redeemer of the whole of life is ignored. Or we do the very opposite: “Christian action” in politics, labor, journalism, education and philanthropy becomes our great cry, and we fail to give adequate prominence to the Bible’s call to personal faith and conversion.

Is it then any wonder that baptist and pentecostal churches spring up? All that these often indicate is that Scripture’s many-sidedness has been traded for a one-sided emphasis. Putting our hand into our own bosom, in our writings we tend to accentuate just certain things in the conviction that Truth’s cause demands it, hut never quite avoiding to give the impression that we are exercising our aptitude to show preference beyond its rightful boundaries!

Thus we find preachers of this or that “mentality” among us. There are manuals for Bible instruction which force everything within the framework of a single idea. such as the Covenant, for example, and then there are others in which this idea is so neglected as to make one wonder if it is revealed in the Bible at all. One congregation is reputed to be “missions minded”; another is “doctrinal” in its preference. In each case, however, we find the accentuation of a Single aspect, an over-emphasis, perhaps, of one of Scripture’s many sides.

“The sum of thy word is truth.” 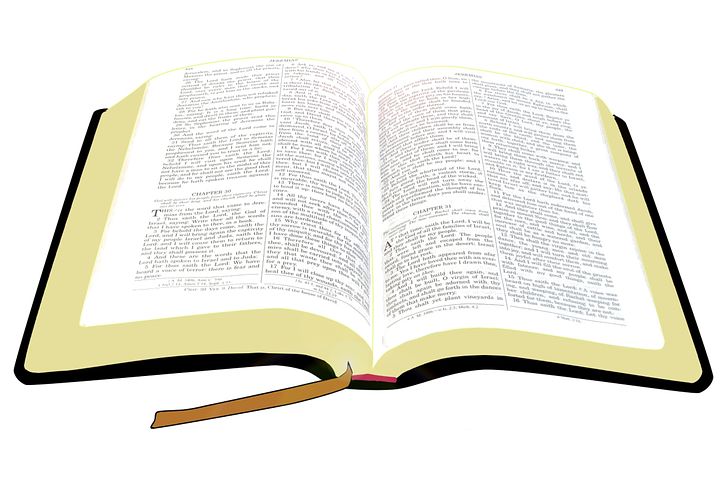 Where lies the origin of this unfortunate one-sidedness?

Basically, in man’s prideful foolishness, which makes him think that he knows better than his God. To come closer to home, it originates in our laziness. This makes us unwilling to search out the whole of Scripture, and to listen to every part of the Biblical revelation!

This is a lazy man’s age, in which extreme exertion is recommended only for the few, with the rest seated comfortably “in the stands.” Radio and stereo make music for us, television allows us to watch the game from an upholstered chair in a warm room. Relatively few of our young people persevere to the point where they can perform well on a musical instrument, even though opportunity is greater than ever. Years ago it was said of the kind of people who promote this magazine that they might be characterized by three things: a Bible, a parlor organ, and a peppermint. This was supposed to make fun of the fact that Bible study, psalm singing and sermon listening took up much of our time, but its humor was not without point. At least the Bible was in the number one spot. Today for too many Bible and Psalter and sermon have long ago disappeared, and only the peppermint remains.

Or, if the Bible is still present it is to be enjoyed only in connection with a few favorite texts! It was once the standard custom in Christian homes to read the entire Bible, chapter by chapter, at table devotions. Father started at Genesis 1 and continued steadfastly until he reached Revelation 22. And then he turned right back to the beginning. Today that is regarded as old-fashioned, and, like all our customs and practices, it might have been carried to an extreme. Nevertheless, father had understood something of the fact that the Truth is not a single text here or a small portion there, or a few favorite chapters, or even that which is suggested by those editions which print certain verses in red ink. He saw that “the sum of thy word is truth.”

To summarize; We need every text in Scripture, and every chapter, and we need them all together in the wonderful unity which makes the sixty-six books of Scripture the Word (singular!) of God. And we need to let that one, whole Word speak in its every part.

Oh, if we would only live according to all of the Scriptures, together with all believers, then we would find that unity which we all too readily ascribe to “the invisible Church” as something concrete, actual, “visible”. The duty to seek that kind of unity is also a part of that full, complete, many-sided, rich revelation of God which is his Word!