“And with great power gave the apostles their witness of the Lord Jesus: and great grace was upon them all For neither was there among them any that lacked: for as many as were possessors of lands or houses sold them, and brought the prices of the things that were sold, and laid them at the apostles’ feet: and distribution was made unto each, according as anyone had need.” Acts 4:33–35

The New Testament church did not celebrate Easter as we know it. The new clothes and decorations, the commercial activity. the mixture of ancient pagan traditions and Christian customs are later and doubtful developments. But the early church was far more conscious than we are of the tremendous importance of the Resurrection of Christ. Its remembrance of that event was not limited to one day, but it was evident every day of the year. The text quoted above reveals some of the results of Christ’s rising from the dead on the day-by-day life of the church. 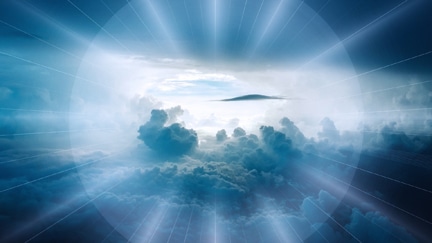 The power to transform social life that is revealed in the early church depended on a fact, that of “the resurrection of the Lord Jesus.” The modern church envies the power of the early church and has begun to speak of it again, but all too often it has made the fatal mistake of trying to generate this power, without believing in or preaching the fact of “the resurrection of the Lord Jesus.” It has tried to do the impossible. The Apostle Paul pointed out, “if Christ hath not been raised, then is our preaching vain, your faith also is vain” (1 Cor.15:14). When the disciples thought Christ was dead thy hid behind locked doors for fear of the Jews. After they had come to know and experience something of the meaning of Christ’s rising from the dead, we read that “with great power gave the apostles their witness of the resurrection of the Lord Jesus, and great grace was upon them all.” The power of the church and its faith, by the work of the Holy Spirit, comes from the fact of Christ’s death and resurrection. Our power as Christians and as churches too needs to be found there. “If thou shalt confess with thy mouth Jesus as Lord, and shalt believe in thy heart that God raised him from the dead, thou shalt be saved” (Romans 10:9).

As a result of the powerful witness to the resurrection in the church “great grace was upon them all.” There are many unearned favors which God gives us through the raising up of His Son. That event assures us if we believe that our sins for which He died are forgiven; God “made us alive together with Christ—and raised us up with him” (Eph. 2:5, 6). He assures us of our future bodily resurrection so that “we shall be like him.”

The statement in which we are now interested shows what the preaching of Christ’s resurrection did to the social life of believers. And the multitude of them that believed were of one heart and soul: and not one of them said that aught of the things which he possessed was his own; but they had all things common. –For neither was there among them any that lacked: for as many as were possessors of lands or houses sold them, and brought the prices of the things that were sold, and laid them at the apostles’ feet: and distribution was made unto each, according as any one had need.” This was “Communism!” But it was not the end of modern social revolution that robs nations of freedom and murders millions of men and women. It fully recognized the private responsibility for and stewardship of property as God had ordained it (Acts 5:4), but it also recognized a truth too often forgotten among Christians, as well as other men. The gospel of the Savior who died and rose again, where it is truly preached and believed, makes men recognize that all they have is really the Lord’s, it makes them love the Lord and their fellow Christians, and use their property in the service of both. The fearful movement of Communism has come in part as God’s judgement on men who have rejected this gospel and churches that have failed to preach and practice it. Had the Christian church continued as faithful to the gospel in preaching and practice as was this early church, Communism would have lacked much of its most effective propaganda. We and our churches need, perhaps more than anything else to live more closely to our Risen and Living Lord, and to show that we do by the practical expression of Christian love in our use of material things as well as our words.