When attending a play, we expect to be involved, intrigued and exhilarated. That, of course, demands preparation on our part.

The usher hands us a program. It announces title, author, main characters and, perhaps, a synopsis. All this we read carefully before the drama begins. 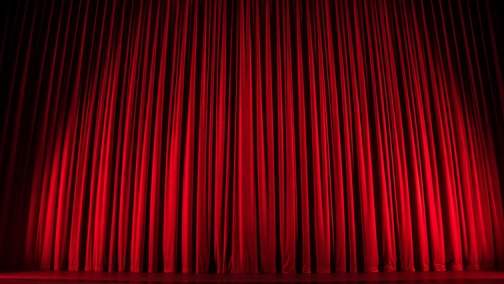 Much like Luke and Paul, John also does this here. Every word, phrase and sentence is weighty. But only believers, awakened by the Holy Spirit, can understand the message. Others may be able to analyze words and sentences, but they always miss the spiritual impact which alone can transform lives. It comes as no surprise then, that some see in this writing no more than the ravings of a madman. Others stumble over what they regard as John’s wretched Greek.

But here is “mystery,” things hidden from the natural man but revealed by the Spirit for the consolation of the church. Everything throbs with theology, words about the triune God in whom all live and have their being. And this message sets the stage for everything that follows.

The first word announces the uniqueness of the message. It is “apocalypse,” the unveiling of what would otherwise remain hidden. It is all about “Jesus Christ.” He is both its source and its substance. And this comes from “God,” our Lord Himself being God.

The thread soon to be woven in this book is “what must soon take place.” Although coming in the form of “visions,” the apostle throughout deals with his~ tory and that as his story. He will take us above and beyond the scenes which men can photograph and then explain them as directed by Christ. Here is no impersonal chance or fate. Rather, it is God’s necessity (“dei”), as He deals with angels, devils and men according to the laws of the divine being, His truth and holiness and righteousness. All this will come to pass “soon” (“en tachi”). which also means quickly, suddenly, unexpectedly.

All is shown to John by an “angel,” the word meaning messenger. We may think of the Savior Himself, the angel of the covenant in the Old Testament and always the eternal Word made flesh and “in whom are hidden all the treasures of wisdom and knowledge” (Col.2:3; John 1:1f; Hebr. 1:1–3).

But the writer is the one who “testifies.” He is the officially appointed witness who sees and then writes down what he both sees and hears. As such he is like a witness placed under oath to speak truth in a courtroom. This assures the readers that the book is “the word of God” and “the testimony of Jesus Christ.” These two are identical. the one incomplete and impossible without the other.

Now follows the first of the seven Beatitudes which grace Revelation. “Blessed” points to happiness. This comes only to people who “read” and “hear” and “take to heart” the message. Such reading was found in the ancient churches where few possessed copies of Holy Writ. Compare this word with Psalm 1 and Matthew 5:2f. Only faith which produces daily obedience experiences the favor of God.

Again John mentions his own name. He is well-known to those whom he first addresses; not a self-styled prophet of whom there were so many in those days.

All seven churches are in the Roman province of Asia. The “seven” is both literal and figurative. Chrysostom writes, “The seven churches are all churches by reason of the seven Spirits.” Later Augustine argued that “seven” points to the fulness of the universal church, all united by a common faith in the Lord Jesus. Each, indeed, is unique and complete in itself, yet all are bound together in life-union and communion with the Savior-King.

The doxology is replete with theology. John provides us with pastoral insight into the nature of the triune God. He always “is and was and will be,” uninvited in all His attributes. The fulness comes to expression also in the “seven spirits” as the Holy Spirit executes whatever comes to pass in creation, history and salvation (Gen. 1:2; Ps. 33:6; 104). And praise is accorded Jesus through whom alone “grace” and “peace” flow into our lives.

Now attention is focused on Him by way of a three-fold title. He is “the witness” (“martus,” from which comes our word martyr). He is also “the firstborn from the dead.” This reminds us of the firstborn in the Old Testament, the one who enjoyed special position, privileges and responsibilities in the family. And Christ fulfilled this for the redeemed by His obedient service to the heavenly Father. In His death and resurrection He became the “firstborn” (Rom. 8:29; Col. 1:15: Hebr. 1:6; Ps. 89:27). He is also the “first fruits” in whom all believers are now consecrated to God’s service (I Cor. 15:20). This holds for both creation and redemption (James. 1:18; Rom. 8:19–21). And repeated throughout this book, He is also “the ruler of the kings of the earth.” No matter which of this world’s potentates or peoples rage against Him and His own, they will surely be utterly destroyed (Ps. 2; 110; Isa. 9:6f ).

And why are such high honors ascribed to Jesus Christ?

He is the one who “loves” His people with a love which never lets go. Nor did He only make salvation possible (as the Arminians teach), but He accomplished it fully and once-for-all. He “has freed” or “loosed” them from sin’s slavery and all its consequences to make them “a kingdom and priests.” Over them He so reigns that they willingly. in the day of His power, offer up their lives as sacrifices well-pleasing to God (Ps. 110:3; Rom. 12:1f; I Pet. 2:3f.). For this all glory belongs to God alone. Hence the “Amen” to be echoed by all who trust in Him.

This “good news” is to be proclaimed everywhere. Hearts and minds are to be gripped by it as they respond to the command, “Look!”

Far too often Christians think of Christ’s coming as some far-off event. Not so, says the apostle. Already the glorified One is “coming with the clouds,” seen now only by the eye of faith, but one day in visible glory and majesty. Here we are reminded of the ascension (Acts 1:4f). But “soon” every eye shall look upon Him. None who so criminally “pierced” Him will escape. And in the light of Hebrews 6:6, people throughout all the ages have made themselves guilty of this heinous sin by their unbelief. Hence there will be great mourning.

Jesus Christ also directly announces Himself as “the Alpha and the Omega.” Here His omnipresence as His omnipotence and omniscience are stressed. He alone always has the first and the last word, fully divine and overflowing with authority, reliability and efficacy. Those who reject this word are rejecting Him. Therefore, “Today, if you hear his voice, harden not your heart.” To set oneself against this “true witness” brings only distress, dishonor and in the end destruction. But that same word always comforts the church which abides in His Word.

1. How is Revelation like a drama also in structure? What is it all about?

4. Can you fit “en tachi,” with all its meanings, into the chief message?

5. List passages from the Old Testament which speak of “the angel of the covenant.” How can these refer only to Christ before His incarnation?

6. Why is there such an emphasis on the offidal chatacter of “witness” here?

7. Why is the doctrine of the Trinity foundational for true faith? Can those who reject it be saved? Explain.

8. Discuss the meanings of “firstborn” and “first fruits” in Old Testament usage.

9. Why is “loosed” a far better translation here than “washed”? Does sin enslave?

10. How do believers now “reign” with Christ? Serve as “priests”?

The Lord Christ Among the Lampstands

How stirred our hearts should be when meditating on what John has written. Although we learn well by hearing, what we see is far more persuasive and penetrating.

And John both hears and sees.

He beholds the glory and grace of the Lord Jesus Christ in a vision. Both His humanity, now glorified, and His deity appear in striking fashion. No longer does he see Him only after the flesh, that is from “a this worldly point of view.” The Savior is now the exalted One who reigns in the Father’s name.

The first section of this book is firmly grounded in the historical circumstances of John’s own day. He is to write to seven churches in need of strength and consolation. Much will be written about things past, and especially future. But first the present situation in those congregations is addressed by the Lord Himself. About each of these we should learn as much as possible. The works of Sir William Ramsay, written decades ago, provide rich insights.

Commentaries, too, supply details about the location, history and activities of each of the cities in which the churches were found. Locate each on a map. Soon it becomes clear that also geographically, the order is not selected haphazardly.

More important, however, is the pattern followed in each epistle. Notice (1) the superscription or address; (2) one or more attributes of the Lord Jesus; (3) the spiritual condition of the church; (4) the message of praise and/or censure; (5) the exhortation; (6) the promise given to the faithful; (7) the command to heed the Spirit’s call. Since these letters are so well known, two or three will be combined in a single lesson.

Without this opening vision, however. these messages lose their force. Because He knows, owns and loves the church as His possession, Jesus Christ must remain the focus of our attention throughout. He is the source and substance of all that John writes.