Does heaven seem far away; at times even somewhat unreal? Then learn from this book — not from a mystical poet who claims to see heaven in climbing ivy or fragrant rose — how heaven and earth are always connected by God’s appointment in the created order. When anything happens above, consequences for earth follow not far behind.

So, too, what happens on earth has reverberations in heaven. As soon as the seals are opened by the Lord Jesus, prayers are offered before the throne of God. Souls cry out to Him. Their petitions are heard and answered. Assurances are given that what they request will be fulfilled. And how sorely the struggling church below, facing life’s trials and tribulations, needs this consolation.

Too often we seem to pray amiss. We fail to observe the lessons which our Lord has taught. Not only should we “pray without ceasing”; Jesus also promises that what we ask in His name will be granted. Even mountains and hills with trees can be thrown into the midst of the sea. In response to prayer God shut up the heavens for more than three years (we’ll hear more about this in Revelation 11) so that, as fields lay parched and streams no longer flowed, life came close to perishing. If the prayers of sinful men on earth win a hearing, how much more the petitions of saints in glory. 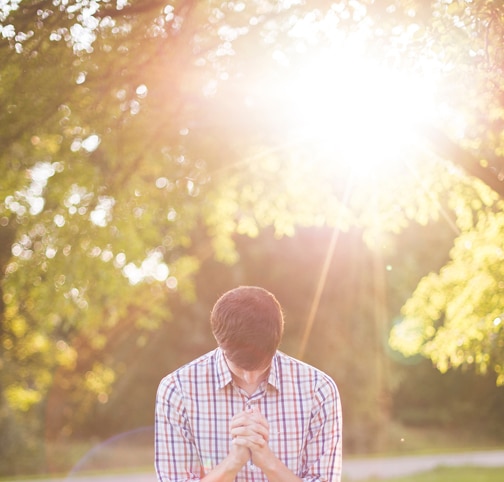 All this is clearly taught in the opening of the fifth and the sixth seals; later also in the seventh.

Strange how John seems to move from earth to heaven and then back to earth again. But this is not at all confusing. Although exalted high above this world’s turmoil, heaven is not far away. The action, as it were, goes back and forth between the two but all under Christ’s control.

We should note the difference between the first four and the last three seals. The former deal largely with earthly and physical realities such as distress, danger and death; the latter. while surely not without physical aspects, deal more definitely with the spiritual responses of both saints and sinners.

As soon as we hear about this fifth seal, questions multiply in our minds. Do those in glory actually know what goes on here upon earth? And if so, why and to what extent? For this John provides us with no answer.

He writes that he “saw under the altar the souls of those who had been slain.” He also “hears” them pray in a language which he is able to put into our words. And their petition receives a clear response. But who are those “souls”? Do they have some kind of body? If not, how can they “cry aloud”? Although the form of these “souls” remains shrouded in deep mystery, John sees and hears something that is real. In Scripture the “soul” often stands for the entire human person. Well may the body lie in some grave, but the person of every believer remains alive and well and active. Nowhere is soul-sleep taught there. And from this section we learn that those now glorified are deeply interested in God’s people on earth. Clearly they have some memories. They know what was done to them and to their fellow believers in the past. They also have Christ’s promises that all His and their enemies will be vanquished. And this stimulates them to prayer.

These are the ones “who had been slain” because of their faithfulness to God’s truth in Christ. They are called the “martyrs.” Immediately we are tempted to restrict this term to those who had actually been condemned, tortured and then executed for their faith. But the word, also in Revelation, does have a wider reference. If this is a very small and restricted class, then must we think that in heaven there are special and separated groups? But those who pray also are said at times to have harps. As in our Lord’s parables, we do well not to press the details too precisely. We hardly need to decide whether this is a distinct group or the entire company of the faithful.

What we do know is that they suffered for their “testimony,” their witness to the Lord and His saving grace. And Christians often do in a wide variety of ways. What is important here is that they are “under the altar.” Some make this the altar of burnt offering with its blood. And certainly all the redeemed are in glory only because of the Savior’s atoning sacrifice. Others, because mention is made of prayer, insist this must be the altar of incense. Possibly we have a conflation of the two in visionary form. That would not be at all unusual.

The emphasis falls entirely on the content of this plea with its power.

Here is not a request offered in the spirit of personal revenge. Such ought never have a place in any Christian’s life; surely not in heaven. Their true concern is for “avenging” the blood of themselves and others as a vindication of God’s truth, righteousness and holiness. The “cry” is also appropriate. In Hebrew jurisprudence, the accused pleaded his own case. When convicted he could at times appeal to a higher court. Condemned while here on earth, these saints now address their case to God Himself. It is both heard and answered.

Already they are enjoying victory. They are clothed in “white.” But now they are to “rest” until the last of “their fellow servants and brothers” will also be gathered in. Only then will the full fury of God’s indignation against sin and sinners be poured out. The name, “Lord,” is significant here (“despots,” sovereign ruler always in complete control).

Again the scene shifts to earth. Powers ordained in and for the created order begin to produce devastation. This is the result of Christ’s action in opening the sixth seal. But remember the words of Jesus to His hearers.

When you hear of wars and rumors of wars, do not be alarmed. Such things must happen, but the end is not yet…There will be earthquakes in various places and famines. These are the beginning of birth pains… (Mark 13:7, 8).

Intensification will be on hand. John also echoes earlier words about the sun, moon and stars (Mark 13:24, 25).

In this chapter, too, past, present and future are bound together. This we must remember as we attempt to “discern the signs of the times.” Every war, famine and earthquake demonstrates something of the Lord’s severe displeasure with sin and sinners. John makes mention of a sevenfold calamity. All of these mentioned will be profoundly real and inescapable. How much will always be physical has been heatedly debated. Often in apocalyptic writings the “darkening of the sun” and other cosmic signs were used to depict the loss of power by emperors, kings and other people of influence. Such happenings did bring darkness on a nation with suffering from dislocations of several kinds. But neither explanation should be pressed to an extreme. We know from Peter’s epistle that the present world will completely pass to make way for “new heavens and a new earth.” That will be a very real and demonstrable event. All the happenings recorded by John are “pointers” to something even more catastrophic. But what we read here is not the final act of God’s warfare against evil.

As such judgments increase, men everywhere will seek to escape. The “disease” of their stubborn unbelief and ungodliness turns into “disease” which cries “to the mountains and rocks” to hide them from “the wrath of the Lamb.” Again, it is Jesus as well as the One on the throne whose Day of reckoning is at hand.

What a fearful day that will be for all whose sins are not covered by the blood of the Lamb. Already one of the psalmists sang about that:

In the hand of the Lord is a cup, Full of foaming wine mixed with spices. He pours it out, and all the wicked of the earth Drink it down to its very dregs. (Ps.75:8)

Those prayers of the “souls under the altar” are even now beginning to be answered. None of the events listed are accidents without any explanation. They are warnings from above that for all who reject the Lord Jesus Christ, the worst is still to come.

1. Mention at least six or seven requirements for true prayer.

2. Is there other indication in Scripture that the saints in glory know what happens here?

3. Which altar do you think is referred to here?

4. Discuss the Biblical use of the terms “martyr” or “witness” (“martus” and “marturia”).

5. Mention several ways in which Christians can be and are persecuted on earth.

6. How can we “hate” the sin and still “love” the sinner? What is the depth of the Biblical word for love (“agape”)?

8. Does every earthquake show something of God’s wrath? Are the people that are stricken by them any worse than others?

10. Compare the sixth seal with 2 Peter 3:10–12. Should believers look forward eagerly to that last Day of days? Will it sadden believers to know sinners will be going to their doom? Give your reasons.