No teaching is more vital to the Christian faith than that of the ever-blessed Trinity. Unless it is believed and sincerely confessed, so the Athanasian Creed affirms, one cannot be saved.

No other doctrine, however, has been so much misunderstood and maligned. Jews and Muslims continue to spew on it all the venom of their hearts. Freethinkers ridicule it as completely unreal and unreasonable. With such people we cannot have any spiritual communion. The apostle of love, John, testifies that such “antichrists” are already present in the world.

Indeed, this teaching far surpasses all human comprehension. Even the Christian church, attempting to formulate it in opposition to growing heresies, struggled with words and phrases unable to find any better ones than those selected. Before the triune God, about whom we know no more than what the Bible teaches, we can only bow in endless awe and amazement. But meanwhile we should always be on guard against even the slightest whiff of tri-the-ism. One, only God subsisting, as He has taught us, in three distinct persons. This the “Jesus people” tend to forget as they concentrate on Him. And the “charismatics” with an excessive interest in the works of the Holy Spirit seem to cast the Father and the Son into the shade.

Although John nowhere in Revelation presents a definition of the Trinity, his message resounds with its truth throughout. How else could our salvation be so full and so fully assured? While distinct, in their essence and activities they are always one. Divine attributes, energies and honors are by him ascribed to all three equally, yet without forgetting for a moment that our God is one.

Soon the issues involved become clearer. Here, too, creation and redemption are intimately related. The question arises, How can this eternal God relate effectively to mankind and the world lying in sin? The answer is that the triune God gave His only-begotten Son, conceived by the Holy Spirit and born of the virgin Mary to be the all-sufficient Mediator. And now, in glory, He exercises that full authority with which He was endowed.

The scroll with the seven seals, vss. 1–4

Fully as dramatic as the previous vision is this one. Attention is first riveted on the One seated on the throne. In His “right hand” He is holding a “scroll written within and on the back.” And the question is asked, “Who is worthy to break the seals and open the scroll?” Until this can be done, John will have nothing further to tell us. And when no one in heaven or on earth or under the earth was found worthy, the seer begins to “weep.” Then one of the elders — remember them and their significance for redemptive history begins to speak. “See,” says he, “the Lion of the tribe of Judah, the Root of David has triumphed. He is able…”

The explanation lies at hand. That “scroll” contains all the plans and purposes of our God for the created order including the church chosen to life everlasting. Decreed before the foundation of the world by the sovereign God, it can and now will be revealed and activated, The only one worthy to accomplish this is the promised Messiah. John sees Him in glory with His earthly ministry accomplished. He has “triumphed.” By His sufferings, death and resurrection He has conquered sin, death and hell. And now as also “the Lion” clothed with royal dignity and power, He will execute the divine will (Gen. 49:9; Isa. 11:11; 53:2f.; Rom. 15:12; Hebr. 7:14). No one can be at all in doubt as to His identity. 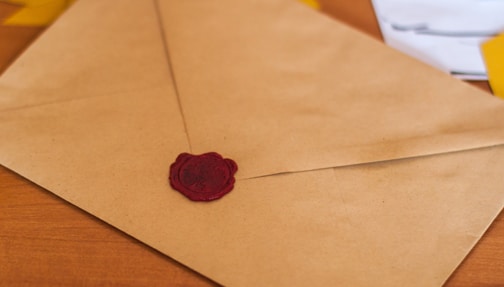 After the elders words of encouragement, John turns and sees “a Lamb standing.” Although not explained, we realize that this “lamb” is the one who sacrificed Himself for the salvation of His elect. His blood is the price He paid for their redemption and release. Now by grace they are His possession. And He will care for them in every circumstance which may befall them.

How strikingly different this Messiah from the one whom the Jews so ardently desired, They longed for freedom from a foreign ruler with prosperity and peace on earth. Little did they realize that a far worse “foreign” foe, Satan himself, was their real enemy. Nor could political liberty guarantee them any lasting peace or prosperity. But here, standing near the throne and surrounded by the four living creatures and the elders, is the One who delivers from the curse of sin. Here the world-wide, the cosmic dimensions of Christ’s work must not be overlooked. He was “slain” in order to bring life into a dying and dead world.

The description is not yet complete.

This lamb has “ten horns” symbolizing the strength (Deut. 33:18; 1 Sam. 2:1; Ps. 89:29) by which, already in the days of His humiliation, He conquered every foe. He has “seven eyes,” the fullness of the Holy Spirit with which He was endowed to accomplish in His human nature the grand work of salvation. But the word used here and twenty eight other times in Revelation is a strange one. It is “a little lamb,” a hint that He was despised and rejected by men while on earth (Isa. 53:1f). But His is the “right” to open the scroll by His perfect obedience to the Father’s will in all things, even to the shameful death on the cross. In all this He was the conqueror.

All creation praises the Lamb, vss. 9–14

Now songs of adoration ring throughout the heavenly court. That chorus is part of the great and glorious drama. About heaven, as we read these pages, we soon realize that there is nothing dull or drab. Everything throbs with action.

The first to lift their anthem are the four living creatures and the elders. And no wonder. For both creation and redemption the Lamb has done great and glorious things. Even creation, now groaning and awaiting the deliverance of God’s people, will also be freed from the results of sin. All bow in obeisance before Him. Each has a “harp” and a “golden bowl” filled with incense which are the prayers of the saints.

Because of the accomplished work He is acclaimed as worthy.

Salvation is no longer an uncertainty. The price has been paid once-for-all. Now people out of every tribe, tongue and nation are blood-bought. But He does far more for those whom He redeems. He also makes them “a kingdom and priests to serve” the living God. God’s plan with creation is being realized to His glory. By that renewing power “the image of God” lost through Adam’s transgression is restored in the lives of His own. Thus they also “reign on earth.” Much more on this in chapter 20.

Soon multitudes of angels chant their song. They surround both the creatures and the elders. Under God they have a calling to discharge among the nations and especially for the believers to whom they minister. John will mention this again and again.

Then this apostle hears “every creature in heaven and on earth and under the earth and on the sea” bring honor, praise and glory to the One on the throne and to the Lamb. It is this fourfold doxology which thrills the soul of the seer. And what a consolation for John’s first readers who were suffering so much distress from those who aimed at destroying the churches and the gospel entrusted to them. Victory for them is already fully assured.

Does it now surprise you that the creatures say “Amen” while the representatives of the church of all ages prostrate themselves in worship and in wonder?

2. Define predestination. What is included? Is sin also included?

3. What do the “seals” tell you about God’s plan and purpose?

4. Why is Christ’s atoning death the only ground of our salvation?

5. What kind of lamb did God require for the Passover? Mention the other needs for that feast. How did all this point clearly to Christ?

6. Explain what you understand by “worthy.”

7. What is the meaning of “Root of David”? Why was this necessary for Christ?

8. Why is the doctrine of creation essential for a sound view of history?

9. In what sense is prayer “the chief part of our thankfulness”? How do we exercise this?

10. If the saints in heaven kneel, why don’t we do so in our churches?

By now the Lord Jesus Christ has also been fully revealed as the Lord of history. At the Father’s right hand and in His name He will, by breaking open the seals, execute all that has been decreed by the triune God from eternity. Also in this sense world history is a “revelation,” a manifestation of the One who sits enthroned in glory. In every event we are to see something of His everlasting power, wisdom and righteousness. Although this can be recognized only when the eyes of our understanding are enlightened by the Spirit, our God who makes Himself known throughout history leaves everyone without excuse for their unbelief and ungodliness (Rom. 1:18f). No “fact” is ever neutral; it is filled with God’s meaning!

Here we do well to pause a moment. In the “seals” our attention is called to the agencies which the Savior-King uses to fulfill the counsels of God. These are sketched for us in broad outline. They cover the entire period of world history from the ascension of our Lord to His blessed return at the end of the ages. But soon John will mention “trumpets” and after some chapters “vials.” The emphatic use of “seven” in each case should alert us to their close connection. Even structurally we note close parallels. Hence these do not follow each other in chronological order. Rather, each reviews world history under Christ’s control from its own perspective. There will be similarities. But the differences also stand out clearly. While the “agencies” are mentioned in the seals, the trumpets announce that these are divine judgments for warning while in the vials they are explained as “the wrath of God to the uttermost.” Thus there is intensification of judgment with always a closer drawing near to that final Day of days. Unless this unity is recognized, Revelation becomes a series of unrelated, isolated happenings to leave us in a confusion worse confounded.