For believers the visions found in Scripture are nothing strange. Often in a variety of such forms the Lord made known His word and work to mankind.

Already Enoch, seventh from Adam, knew that the Lord would come with thousands of His holy ones to judge the world in righteousness. Also Jacob at Bethel saw a ladder from earth to heaven with angels ascending and descending on it. Isaiah “saw the Lord seated on a throne, high and exalted, and the train of his robe filled the temple” (Isa.6: If.). And Joel prophesied of a day when “old men will dream dreams, and young men will see visions” (Joel 2:28).

On the day of Pentecost this promise began to be fulfilled. Added revelation was given by God to Peter, Paul and John at times. And of the contents they “prophesied.” All that was necessary was put doon paper. But since then “visions” and “dreams” about the things of God and heaven have not beenabsent. Yet none of these were revelatory! That hadceased with what John saw. Any claim to a “new” and “added” revelation from above is contraband. Those who claim it, whether women or men, place themselves outside of the true faith. But often believers steeped in the Holy Scripture “see” with the eye of faith the realities made known in such a fashion that they, too, begin to prophesy to family, friends and others what the Bible says. None of this is revelatory; only reflective as an inward response to God’s own truth.

What a “wonderful” God is the One who calls us to salvation.

And the only appropriate response is that of humility, faith-surrender and adoration. As John, seeing what was revealed to him, bowed in profound awe before the Lord, so should we as we read, meditate on and then learn from the visions now recorded. Only then will our view of the sovereign God in Jesus Christ be neither short-changed nor low.

On Patmos the apostle now sees “an open door.” It gives access to the heavenly region. He hears a voice “like a trumpet.” “In the spirit” he is shown “what must take place after this.” These realities are to extend deep into the future but with the guarantee of their complete fulfillment. He sees a “throne,” symbol of full authority and power. It is “in heaven,” lifted high above the changing conditions and circumstances of earth. And that throne is not empty! 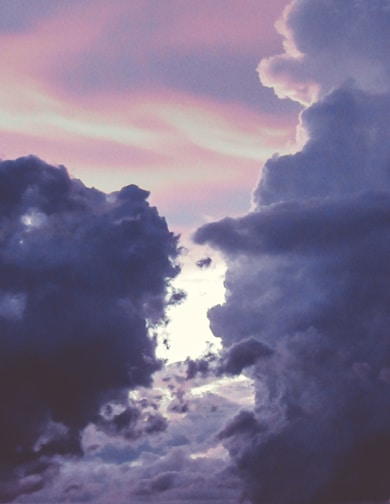 On it is “One” who can be described only in symbols. The description is brief to the point of terseness. For what words can fully describe the eternal God who dwells in light unapproachable? (Exod. 19: 12,13; Deut. 9: 19; Hebr. 12: 19f.). His appearance is like “jasper.” translucent and often of many colors. It may be like the diamond whose polished facets sparkle with a rainbow-like resplendence. This designates the glory, the purity and the holiness of our God which expresses itself in everything He speaks and does. On the high priest’s breastplate it was the last stone (Exod. 28: 17); in the foundation and walls of the new Jerusalem the first (Rev.21:18, 19). The “carnelian” always red but in differing shades, points to divine justice and judgment. In the breastplate it was the first (Exod.28: 17); in the foundation the sixth (21:20). Why the shift has never been satisfactorily explained.

Surrounding the throne, like a halo, was the “rainbow,” the emblem of God’s covenant with all creation made known to Noah (Gen. 9:12–16). It resembled an “emerald” with its deep green hue. Here faithfulness and fruitfulness with respect to divine promises is represented. God will always be faithful both in showing mercy and inflicting judgment. He is the One who keeps covenant forever.

But the apostle has far more to tell us. He sees “twenty four elders” seated on “twenty four thrones.” We shall meet them again and again in Revelation. They represent the one church of both Old Testament and New Testament represented by the twelve patriarchs and the twelve apostles. All are clad in “white garments” cleansed and consecrated to the Lord’s service. On their heads are “golden crowns.” They have “overcome” and now “reign with Christ” in glory. Nor does this await some millennial period on the present earth.

Again and again we are reminded that heaven is a very busy place. Here are “flashes of lightning and voices and peals of thunder.” And before the throne John sees “seven torches of fire:’ the sevenfold or complete energy of the Holy Spirit always active in both creation and redemption (Gen. 1:2; 6:8; Ps.51:11; 104: Zech.4; John 14: 17; 15:26; 16:8f.). Also there is what looked like “a sea of glass,” clear as crystal. It separates heaven from all the disturbances on earth with its struggling and suffering humanity. John, too, has to “come up” to behold it. Some have suggested that this transparent “sea” also symbolizes that what is fully clear in heaven with regard to God’s plan for the ages remains opaque to us on earth.

Now we learn about “four living creatures.” Each is described in some detail. “Four” shows that they represent the created order in its immense variety, energy and activity. By divine appointment everything has its proper form, place and assignment to carry out His will (Ps.19:11.; 103:22; 145:10). As creatures they are always dependent on Him. Through them He as Creator, Preserver and Ruler displays His everlasting power, wisdom and deity. The symbolism here derives from Ezekiel 1 and 10. Their “wings” symbolize ready and swift obedience; their “eyes” a watchfulness in observing whatever happens. Instead of trying to identify them with what we now know, let us learn again that the created order in its fullness exists for the sake of making our God known and so extolling His excellencies.

Christianity, rightly professed and practiced is the singing religion par excellence. No other can really compare with it. And heaven is the place where songs of praise, thanksgiving and adoration resound without ceasing.

Here the singing begins with the “four living creatures” and that in language hallowed by centuries of tradition. They worship the thrice holy God as the “Almighty” (“Pantokrator” the One who has all the power). In this they are joined by those official representatives of both the Old Testament and New Testament people of God. These confess Him as “our Lord and God.” As they sing, “they cast their crowns before the throne.” By this they acknowledge not only complete submission but also that their glorious reign is a gift of grace. Concerning this ascription of glory and honor Robbins comments:

He is manifested most clearly in the sphere of redemption and creation…and his purpose must be victorious. It was in this vision of the sovereignty of God that the Christians could find the source of their confidence of ultimate victory. Nothing and no one, including Satan and all his hosts, can ever stay the divine hand or thwart the divine purpose.

1. Which attributes of God are strongly emphasized in this section?

2. Why should we regard the correct view of God as our highest priority?

5. Discuss in detail God’s covenant with Noah with its arrangements. Is it in force today?

7. Where and how is “fire” connected with the Holy Spirit in the Bible?

8. Mention the spiritual benefits gained by singing the Lord’s praise from the heart.

9. Why do you suppose the four creatures sing before the elders here?

10. Why and how does theistic evolution undermine the Biblical teaching on creation?