One of these deals with judgment. Many suppose this happens only at death or on that great Day of days. Or if present, then usually only for those whose conscience has been seared. Far too often it is in~ terpreted only in a negative, punitive sense.

Not so in the Bible.

In his epistle of hope Peter speaks of the sufferings of believers. By these they should not be at all ashamed or surprised. If they suffer for Christ’s sake, they are “blessed.” With this he connects “judgment” which always begins with the family of God (1 Pet.4: 17).

Often Christ exercises this in our personal lives through the conscience, guided by the Word, which either accuses or excuses us. But the principle holds also for every congregation. Nothing escapes His attention. Always He either approves or disapproves. Far more necessary than long-range planning and improved buildings is daily self-examination for the church and its leadership. Let especially the “angels” in them, now as much as in John’s day, take note.

This brief letter should send shock waves through our lives. Here was a congregation highly praised I by men but severely castigated by its Lord.

He calls Himself the One “who has (possesses) the seven spirits and the seven stars.” In Christ’s church-gathering work the Holy Spirit is the executor of His will. Nor do the “stars” belong to themselves or to the congregations; they are His alone. Of them He will either approve or disapprove. Ever since the days of Croesus (c.560 BC), Sardis had gained renown for wealth and luxury. Long did it think itself impregnable. But under Cyrus the Persian (546 BC) and again under Antiochus the Great (216 BC) it had been captured. By John’s time it had regained much of its former glory because of its fertile fields and commerce. Now the church there was composed mostly of those “who are at ease in Zion.” High was its reputation; few faults were recognized by themselves or others. But the Savior strips all their pretense. Short and to the point is His estimate, “But you are dead.” He finds none of their “deeds (they may have had several) complete in the sight of my God.” 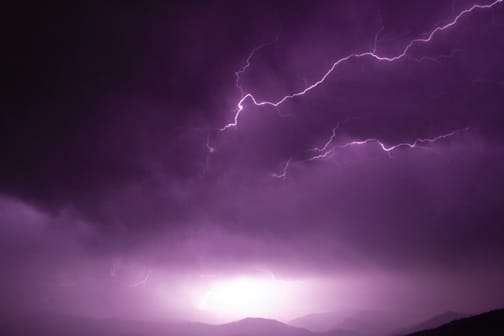 In the church are “a few people…who have not soiled their clothes.” These are still walking-in-Christ. But they, too, have to “wake up!” If not, a final judgment will be executed. The careless had “received and heard” the gospel. Let everyone with ears now listen and obey without delay.

For the ones persevering in godliness there are rich promises. Their names will not be blotted out of “the book of life.” Instead, they will “walk” with the Savior “dressed in white” which is His innocence, righteousness and holiness enjoyed by faith. Only those are really His own.

In this epistle we find only commendation.

The city itself, eighty miles southeast of Sardis, was always threatened by earthquakes and volcanic explosions. By its favorable location on trade routes it had prospered when again rebuilt. From it Greek culture and language had found their way into the heart of mountainous Asia Minor. Also that. as we know from Paul’s journeys, helped the cause of Christ.

But the church was small and struggling. How could it, then, be of any influence in spreading the “good news” of God? For this Christ has the answer. He is the One “who opens and no one shall shut. who shuts and no one opens” (Job 12:14; Isa. 22:22).

Victory is promised also over their Jewish opponents. Some of these will bow before them. Even stubborn opposition can be overcome in the way of true witnessing. Let believers, then, “hold fast” and “overcome.” Promises now in abundance. Theirs will be the victor’s “crown.” They will also be “a pillar in the temple of God.” This is figurative, of course, since heaven has no physical temple. But John, as does Paul and Peter, uses the term for the church as God’s dwelling place on earth (1 Cor. 3:16, 17; 6:19; 2 Cor. 6:16; 1 Tim. 3:15; 1 Pet.2:5). Always they remain in His saving fellowship. So, too, God’s name and that of His city will be written upon them. They are citizens in that kingdom over which He rules to the glory of God. The fourfold repetition of “my God” assures them of their security and full salvation.

Laodicea, one hundred miles east of Ephesus and not far from Colosse, completes the circle of “the seven.”

Here was an extraordinarily prosperous and wealthy city. For that region it was the banking center. Its cloth and carpets of black wool were highly esteemed. It prided itself on a famous medical school. Nearby were warm mineral springs where people suffering from various ailments could find relief. And emperor worship was also the order of the day.

Alarming is the smugness, the self-satisfaction in which this congregation swaddled itself. They claim to be “rich” and “do not need a thing.” But Christ sees them as “wretched, pitiful, poor, blind, and naked.” All the medicines and manufactures of the city will not help them. Their pretensions nauseate Him; they fill Him with disgust. He warns, “I will spew you out of my mouth.”

Only He can supply what they so sorely need.

From Him they must “buy” true gold to become rich; “white clothes” to cover their “shameful nakedness”; “salve” so their eyes may be opened to see their wretched condition. Yet these words are replete with pastoral solicitude. All whom He loves He does “rebuke and discipline.” Unless they listen to the call of repentance, they remain bastards outside of God’s family. Therefore the call to self-examination. He still stands at the church’s door. All who “hear his voice and open” will sit down with Him as Savior-King and “eat.” Only when the gospel call by the Spirit’s operation changes their hearts and lives will they give heed. To such He gives the “right” to sit with Him on His throne of glory. Those continuing “neither hot nor cold” will be spit out by Him forever. He alone as the “Amen” has the last word.

2. What does it mean to be “at ease in Zion” (Amos 6:1)? Does this mean we should worry about our salvation?

3. List some “works” of church members which Christ will find lacking.

4. Sardis seems closest to being a “false” church. But in it are a few faithful. Does this warrant our staying in a church which is decadent? What are the results for our children and grandchildren if we do?

5. What kind of “an open door” did Philadelphia have? Is this true of every church?

6. What significance does “name” have in the Bible? Why such repetition here?

7. What is this “pillar”? a memorial or a support? Does this apply to churches now?

8. Does Christ’s knocking at the church door prove man has a free will to accept salvation?

9. What difference was there between Sardis and Laodicea?

10. How can we “buy” anything from Christ? Isn’t salvation a free gift?

The Lord Christ Controlling His Enemies

Few events on the Christian calendar compare in decisiveness with the ascension of the Lord Jesus Christ. The world, of course, can do nothing with a Jesus who mysteriously departs. And this is all to the good. For once we are free from that crass commercialization which haunts Christmas and Easter. But far too frequently Christians also neglect it. And this is to their shame.

The event is described in soberest terms (Matt. 16:19; Luke 24:50, 51; Acts 1:9–12). Repeatedly, however, are its fruits for our lives rehearsed by the apostles in their writings. On that glorious day our Savior-King entered His glory. It was the occasion of His enthronement. To Him was given all authority and power to rule over creation, including angels and demons as well as men and nations. What the first Adam lost by his disobedience, the Lord Jesus by His obedience to the Father’s will has received as His reward. In Him man is now with God on the throne.

With the ascension “the new age” is fully inaugurated. Paul describes something of this in one of his letters. After mentioning the Savior’s profound humiliation, he writes: Therefore God exalted him to the highest place and gave him a name that is above every name; that at the name of Jesus every knee should bow in heaven and on earth and under the earth, and every tongue confess that Jesus Christ is Lord to the glory of God the Father (Phil. 2:9–11 ).

Of that glory of the Savior-King the suffering churches in Asia Minor saw little. And neither do we at times. Often it would appear that Christ’s cause is not prevailing throughout the earth. But appearances here deceive. And to comfort God’s people in every age John is commissioned to see, hear and then write this message from heaven.

Throughout the perspective is that of the ascended Lord who rules over all in God’s name and by His appointment. Already that is clear from the earlier “visions” received and described. Now we come to a new section in Revelation which will contin ue to the end ofchapter 20. It begins with two scenes of the heavenly glory. These set the stage for “the opening of the seals” and “the sounding of the trumpets.” When the last sounds, then the great Day of days is about to dawn. But this does not conclude John’s writing. Other sections must follow to make the comforting message complete. Here we find Christ “controlling” all His enemies; later “confronting” and then at the end “conquering” them one and all. Only then will new heavens and a new earth filled with God’s righteousness replace this present age. But meanwhile Christ speaks all these words in explanation of the visions, in order that our joy may be full in Him!