Do you remember the story of that little Dutch boy?

Walking along the dike, he noticed a small break through which the waters were seeping. Bravely he put in his hand, then his fist, and finally his body to stem the flow. Only after some hours was he rescued. But his bravery spared the village with its surrounding farms from destruction.

The lesson is simple and straightforward. Unless small “leaks” are stopped, the damage soon becomes irreparable. So it is with Christ’s church.

Only a threefold cord keeps a congregation “true church,” namely, pure preaching of the Word, proper administration of the sacraments, and faithful exercise of Christian discipline. Neglect of anyone soon involves the other two. In this way a church once “true” can become “false.” Only repentance with renewed faith-obedience can avoid an ignoble end. Without sound doctrine and godly living it can easily be swept away in a flood of growing worldliness.

Pergamum, fifty five miles northeast of Smyrna, was not a great commercial center. Instead, here administrative power for the Roman province of Asia was administered. Beautiful temples also adorned the city. Emperor worship first took deep root here. And the people had a great advantage. In Pergamum, from which comes the word “parchment,” was an impressive library of no less than 200,000 scrolls.

Striking is our Lord’s introduction of Himself. He has “the sharp two-edged sword.” That is the Word. It cuts both ways deeply and decisively. It opens the heart to the gospel or puts to death.

He is fully aware of the dangers which beset that church. It is the place “where Satan has his throne.” Idolatry, immorality and emperor-worship, no matter how neutral this may seem, are sworn enemies of Christ and salvation. With them Satan, that liar and murderer, seeks to enslave the multitudes. But this congregation “did not renounce” its faith even when Antipas, likely a leader, was put to death. High praise for a people living in dangerous days.

But our Lord continues. “I have a few things against you.” How innocuous this sounds at first reading. Perhaps it is no more than a little leak in the dike. But His all-searching eye sees it. Here were some who held “the teachings of Balaam. That false prophet, forbidden to curse Israel, tempted them by his advice to Balak to fall into immorality” (Numb. 21–25; 31:15f.). These persons indulged their carnal appetites in the name of “liberty” from the law which they claimed to have in Christ. Of this we read much in Galatians, 1 Corinthians and especially Romans 6. Specific mention is made of “Nicolaitans.” Of such a person we know nothing. That name may be a play on words, since it means “victory.” Indulging themselves they thought to have “victory” over sin, receiving more grace as their sins abounded. 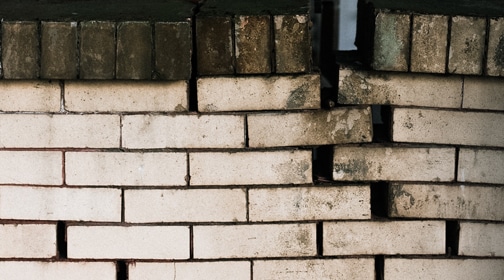 Listen to what Christ says: “You have them!” These people were still members in full communion despite their doctrinal and moral departures. And in the church they defended their teachings openly. Neither the “angel” nor the members did anything about these defectors.

No wonder they are commanded to “repent.” It must be done immediately and without hesitation. Otherwise the entire church is in danger. With “the sword of His mouth” He will “fight against” any defect and departure. From 1 Corinthians 11, where the Lord’s table was grievously defiled, we learn what can happen. Some feel gravely ill. Others and likely quite a number died unexpectedly. He who safeguards His church will not allow such open toleration of sinfulness among His people.

If repentance follows, He will give “hidden manna,” in sharp distinction from foods sacrificed to idols and indulged in at worldly parties. So, also, a “white stone with a new name written on it.” Commentators have puzzled over this for centuries. Is it Christ’s or His people’s new name? And what is its use? As an entrance into glory instead of into some secret society or trade guild? Perhaps the last may be the best explanation. Christ at His ascension did receive a “new name” higher than all others. All who truly confess and live for Him also have a new name. Wonderful blessings for the faithful.

Sin left to spread is like a cancer. It spreads until the entire body is racked with pain and produces death. This is the lesson of Thyatira.

Situated forty miles southeast of Pergamum, this city was a thriving commercial center with its manu~ facturing plants. Among the industries were the purple-dye factories. Lydia, the first European convert of whom we know, came from here and sold that cloth so much sought after by the influential and wealthy. All the industries were under the control of powerful trade guilds. Only by belonging could anyone hope for social and financial advance. But belonging to them exposed Christians to grave spiritual dangers.

Now Christ speaks of Himself. He is “the Son of God” with “eyes of fire” and “feet like burnished bronze.” The unfaithful will be trampled under such feet. At the same time, He finds much in the con~ gregation which is praiseworthy. In fact. their “last works are more than the first.” Here there had been spiritual progress in their service to the Savior.

But here it comes. Both the “angel” and the congregation are sternly rebuked. They have tolerated “Jezebel” and her influence. This self-styled teacher had won quite a following. Here the same false doctrine which infected Pergamum was more openly and blatantly taught. Her followers claimed to “know Satan’s deep secrets.” The teaching of grace was perverted into antinomianism (“lawlessness”). They supposed themselves free from law. And as such they despised others in the church. The name may well be symbolical, reminding us of Ahab’s notorious wife who introduced Baal worship in Israel, hated Elijah the prophet. and corrupted justice in the courts.

Already the Savior-King had proceeded against her and her party. He had given time to repent but without the desired result. He is always patient. but to His patience there also comes an end. With her disciples she will now be punished. Her “bed” — the immoralities practiced and defended — will turn into a bed of sickness. Her children, either born of her flesh or her followers begotten in lies, will be killed. Unrepented sins always pollute the mind, harden the conscience and then the body as well as the soul. The price for sin is never cheap!

For the loyal ones, however, there are rewarding promises. All they have to do is “hold fast.” By resisting temptation they will “overcome.” They will receive “power over the nations.” They will share shepher-like rule with their exalted Lord. The “rod” is the shepherd’s instrument which protects the sheep and drives away the wolves. Here Psalm 2 is appropriately quoted and applied to that church. Also He will give them “the morning star” whose beauty and brilliance heralds the dawn of a new day. Christ ever gives Himself (d. 22: 16) with all His benefits, so that with and through Him they may shine brightly. We need not restrict this to eternity. All who live in union and communion with the Savior begin to shine like lights, be it imperfectly, in a naughty world. One day they will shine forever in that world where there is no darkness at all.

1. Cite examples where a church, not opposing the beginnings of false doctrine and conduct. begins to look like a “false” church.

2. In how far may and must every member oppose such deviations also in a church?

4. How were idolatry and immorality closely interwoven in Israel’s history? Give examples.

5. How would you explain the “hidden manna”? Of what does it also remind you?

7. How would membership in trade guilds tempt those people then? What about unions, professional societies, office parties today?

8. How could such a woman gain great influence in a church? Can you mention leading women who the past century have led many astray?

9. Can you give examples of persons, churches and nations whose sins brought devastating consequences?

10. How do Christians already now begin to “reign with Christ”? What is essential here? (d. Phil. 2).