Churches often receive “official” visitors. Among the hierarchical organizations this is the bishop; among the Reformed for several centuries, two neighboring pastors. These offer encouragement, advice and, if needed, also correction. When such a calling is discharged according to its original intent (d. John and Peter visiting Samaria, Acts 8:14f.), the benefits can be great.

Jesus Christ, however, is no “church visitor.” He not only “dwells” among His own; He always searches out their hearts and lives. That presence is indispensable for spiritual life and growth.

Nor does He need to ask questions. All things are “naked and laid open” before the One with whom we as believers have to do. Never does He fail to praise where this is deserved. But He rebukes and even threatens when this is necessary. All this He accomplishes by His Word and Spirit. Here the seven letters can guide us well as churches. They lay bare what otherwise might escape our notice. In the first two letters, both strengths and weaknesses are exposed to remind us that no congregation ever attains perfection. At first, comparing these two may seem strange. Where the one is strong, the other is weak. And the lessons to be learned here can apply to personal faith and godliness as well as to that of every congregation as a whole. 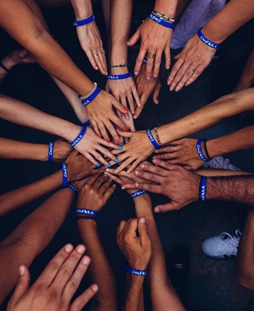 Ephesus, chief city of Asia Minor, was renown for its commerce, wealth and religious shrines. Here trade routes from east to west had drawn a large cosmopolitan population. For some centuries it rivaled Alexandria in Egypt and Antioch in Syria as port cities needed to hold the Roman empire together. But already in John’s day it began to suffer decline because of its luxury-loving indolence and the silting up of its harbor. Jesus sees a serious but unrecognized decline in this congregation.

Nowhere had Paul labored so long as here in Ephesus. (Read the appropriate sections in the book of Acts.) He had written a stirring epistle on the glory of Christ’s church to Ephesus and neighboring groups of believers. Later, according to early church fathers, John lived here for some decades.

Such spiritual privileges have yielded a rich harvest. As Christ “walks” amid this golden lampstand, He says that He “knows” (“oida,” a strong word for thorough acquaintance) their “deeds.” These reflect “hard work” (“kopos,” labor which exhausts the energies) and their “perseverance.” It was not easy to sustain a strong Christian witness in such a city filled with idolatry and immorality. But their faithfulness was seen in that they “cannot tolerate wicked men in their fellowship.” They also “tested” some who claimed to be apostles “but are not.” Loving God’s truth, they refused to be misled. For all this they “endured hardships” and had not grown weary in their well-doing. To this Christ adds, “You hate the Nicolaitans, which I also hate.” These heretics we will meet again. As noted in the Introduction, these seem to have been people infected with Gnostic notions. Significant too is the close association among them of false doctrine with sinful practices. Soon the two always seem to go hand in hand.

After hearing such high praise, we would hardly expect any complaint. But the Savior-King exposes a most serious defect, one which can easily cancel out all the apparent good found in Ephesus.

While strong in doctrine and discipline, they lacked “the one thing necessary.” No longer were they demonstrating their “first love,” that former zeal for the Lord Jesus and His cause. Their relationship to Him was fast becoming cold and impersonal. Unless a change sets in, the church will be spiritually doomed.

A twofold remedy is prescribed. They must “remember” the spirit which had controlled them when first they heard and believed the gospel. Without such self-examination decline soon sets in. The response of obedience is also required. They are to “repent.” Without it there is no true conversion with faith in the Lord Jesus. Included is genuine sorrow for sin, heartfelt confession, a change of mind and will demonstrated in daily conduct. Only then will a holy love for Christ and each other revive their lives again. If not. then the One who “knows” all will remove “your lampstand from its place.” Their light will be extinguished. Such spiritual darkness is the harbinger of death. And this word comes to one and all. To ignore the call is to grieve the Holy Spirit. Lovelessness is, perhaps, the most dangerous of all sins.

In this way both strength and weakness are exposed.

The promise comes to all who heed. They are the “faithful.” In their conflict with self they can regain that “first love” and receive the “right” to “eat from the tree of life.” In principal this can be experienced now in union with Christ who is the bread of life. One day with all believers they will “eat” of this in glory. Our first parents were forbidden access to it after their fall; in faithfulness to Jesus Christ the road is now opened and safeguarded by divine promise (Gen. 3:22–24; Rev. 22:2).

Weak according to worldly standards, vss. 8–11

How different this situation differs from the preceding.

Smyrna in those days was also a thriving commercial center. Many Jews (and these troubled the small church) had settled there. Strabo called it the most beautiful city of that day because of the city’s spacious streets and splendid temples. But its congregation was poor and weak; thus all its “tribulations.” Actually the word used describes poverty to the point of destitution. Likely little opportunity for gainful employment was open for them, because they adhered to Christ and His Word. So also the “slander” of the Jews (called by Christ here “a synagogue of Satan,” a false church because it persecuted the believers).

But even worse will befall them. “The devil,” the arch-enemy of God’s people, will put some in prison. That will be “to test” them. That persecution will last “ten days,” a complete yet limited period. As a church they are to “be faithful even to the point of death.” He who gave His all for them does not hesitate to ask for their all in return.

Still, they need not “be afraid.” He who addresses them is “the first and the last,” who died and came to life again. physical death cannot harm or separate them from His abiding love. His resurrection guarantees their full salvation.

In their weakness, they are “strong”; in their poverty they are “rich.” All things needful are theirs in Christ. And all who remain faithful to Him will receive “the crown of life.” As athletes who have competed well in the contest. as warriors returning home after arduous battles, they will receive that “wreath” (“stephanos,” not “diadem”) as the badge of honor and glory. Nor will they “be hurt at all by the second death.” For them this has been overcome completely by Jesus Christ.

Of the seven churches, only in Smyrna did a strong Christian witness endure until modern times. For centuries the Muslims called it “the infidel city.” All the others sooner or later withered away with even the cities themselves lying now largely in ruins.

1. How strongly is Christ’s presence felt in your life. in your congregation?

2. Why is it essential to emphasize that the Holy Spirit ordinarily works in, with and according to the written Word?

3. How and when can doctrinal purity also become an impediment to Christian love?

4. How is true Christian discipline an exercise also in love?

5. Is it possible to “love” heretics while hating their doctrine and conduct? How do you explain Christ “hating” those Nicolaitans?

6. Discuss in some detail the aspects of true repentance.

8. Is it really easier to be a Christian in “tribulation” than in prosperity and peace?

9. Why does Jesus here call the church back to the garden of Eden?

10. Why are the Jews here called “a synagogue of Satan”? How should we regard and reach out to our Jewish neighbors? What does Paul say about this in Romans 9–11?