What an awe-inspiring scene is unveiled to the seer on Patmos. And we, with enlightened eyes, are privileged to see it through the words of this passage.

The ever-coming Christ makes ready to appear as the great Day of days begins to dawn. Already earlier. with the opening of the seventh seal, we stood at its threshold. But then “silence” reigned in the heavens. The scene thereupon shifted to the trumpets. Once again the Lord Christ was revealed as controlling all His and our enemies. And this will reach its consummation. But before the details are unveiled, additional evidences of His sovereign control over the world and its dwellers are to be made known. Only after the “bowls” are outpoured will the fulfillment of God’s ways with the world and its dwellers as well as with the satanic hosts be accomplished. Hence this vision is preparatory for what is yet to come in the book of Revelation. But it is a message filled with rich consolation as well as instruction.

A measure of repetition in what is being made known? Indeed. But none of it is unnecessary, much less confusing or boring when we understand John’s use of a progressive parallelism in making known “things which must soon come to pass.”

Taking comfort from this scene, we will be strengthened in faith rather than frightened when pondering the passages which follow. Be encouraged by our Lord’s words: “Now when these things begin to take place, look up and raise your heads, because your redemption in drawing near” (Luke 21:28). Let us sing with confidence:

And as a prelude John tells us what is already happening in heaven.

On earth, so we learned, the faithful church as the “two witnesses” has seemingly suffered a stunning defeat. All the world is making merry when the Gospel call is publicly silenced. But in heaven sounds to encourage the first readers and us are heard.

Although not identified, these are likely the angels together with the four living creatures, all involved directly in the Savior’s rule on earth since His ascension and enthronement. They, too, are aware of the progress and ultimate victory of the sovereign God in the course of world history.

Therefore they shout. And their announcement is recorded to give the struggling church on earth strength, comfort and a sure hope. It speaks of “the kingdom of the world,” that civilization with all its achievements built by mankind as stimulated, whether consciously or unconsciously, and controlled by Satan and his allies. But the voices declare that this “has become the kingdom of the Lord and of His Christ.” Already in John’s day, because of the Savior’s death, resurrection and ascension, this was an indisputable reality. Oppressed saints may not be able to see much of it now. For them the times and seasons often seem shrouded in darkness. But in faith they should cling to this Word so full of hope. “He shall reign for ever and ever.” How this is explained, of course, depends on our understanding of “the kingdom of God.” If it be only a future and then strictly an earthly reality enjoyed by Jews in a millennium which is still to come, then John’s words here make no sense at all. But such an opinion fails to do justice to Jesus’ clear teaching that this kingdom, which by its very nature is an “everlasting” one, was already in His day “among” and “within” His people. Every day, since the Kingdom has been coming, brings us to its full manifestation, which is at the door. 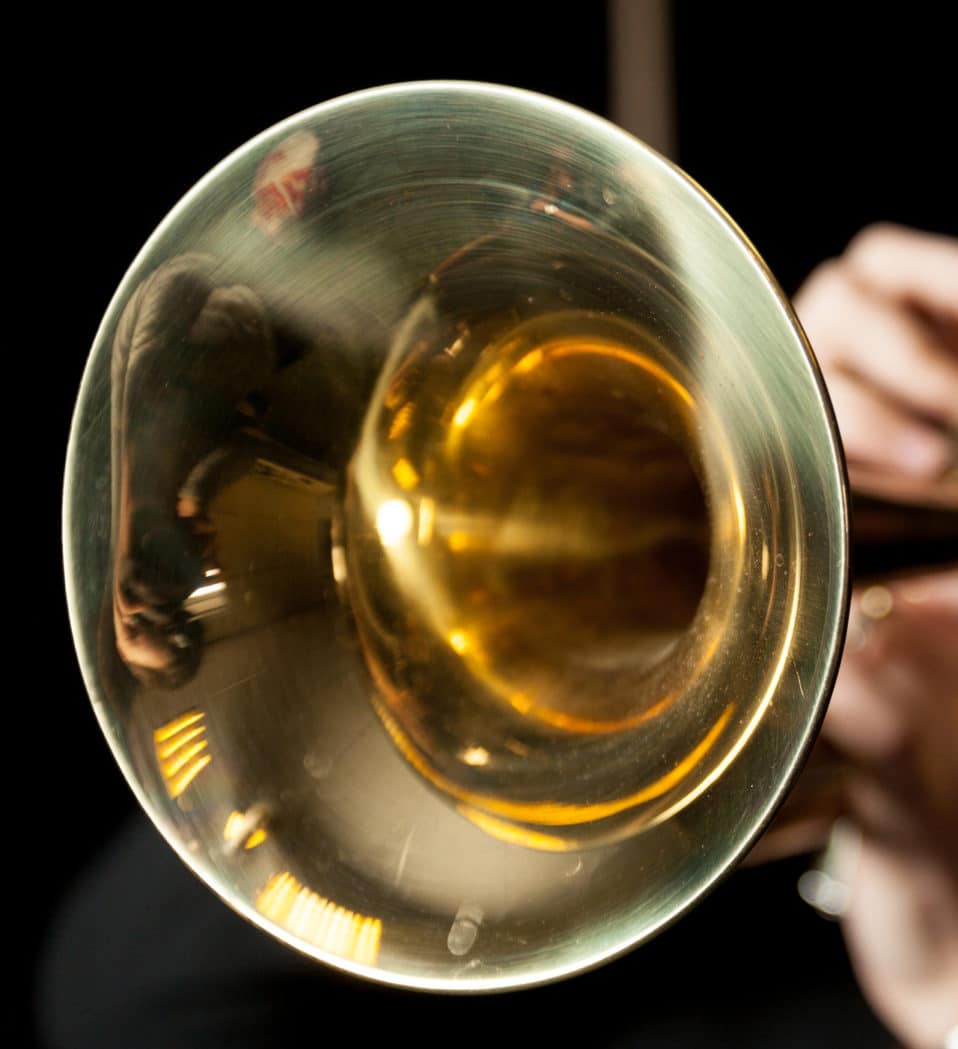 Keep courage, then, troubled and tested believers. This is an announcement for all ages, also ours today. The trumpet is already blowing. It will continue to blow until the Savior-King appears visibly on the clouds of heaven. This, too, should keep us singing as we go.

Through their official representatives, the elders, the redeemed already in glory, respond. At the sound of the “voices,” they “fell on their faces and worshiped God.” It echoes in a ceaseless hymn of thanksgiving, praise and adoration to the triune God and the Lamb.

Note well how they acclaim the justice, the righteousness, the holiness of the God of their salvation. They confess again and again that all His ways are perfect; that all His paths are peace. By means of His “power” He demonstrates that already He has begun to rule.

Let the nations continue to rage; this they have been doing in their vain imaginations from the beginning (Ps. 2). More blatantly do they engage in this as divine judgments increase and the Day of days draws near. Indeed, the nations are always “angry” as they pit themselves against the Lord. But His “wrath” increases in just proportion to their heinous crimes against Him. Now the “right time” (kairos) is at hand. That which is due them (misthos) will be accorded to all those who fear Him. But what is due the rebellious will also be fully meted out to them as “the destroyers of the earth.” They shall be utterly “destroyed.” And beginning with chapter 17 John will record this in graphic language.

The temple in heaven opened, vs. 19

And now we come to a verse which at first glance seems very puzzling. Wasn’t heaven opened before for John to ascend in the Spirit to see and hear what takes place there? Indeed. But something striking is added here. Not everything that he must see and then record is shown him at once.

Let us remember that in the heavenly Jerusalem there is nothing like a physical temple. Repeatedly the epistle to the Hebrews makes this plain. Instead, up there we find, according to Scripture, something far better, far more precious and perfect and permanent. But John, under the Spirit’s inspiration, borrows imagery from the Old Testament for the instruction of his first readers and us. Only so will God’s dwelling in covenantal grace among His own be depicted clearly. Word-pictures drawn from Old Testament history, let us in humble faith acknowledge this gratefully, help to clarify for us much that otherwise might remain obscure.

Nor need this word-picture mystify us at all. That first tabernacle with its “sanctuary” (naos) was constructed after the pattern of heavenly reality shown Moses on Mount Sinai. It was, especially that inmost area, the special “dwelling place of the Lord” among His covenanted people. Here, while ruling over all men and nations, He sat enthroned on the ark of the covenant amid the cherubim. From there, a place which none might enter except the high priest once each year with blood, He pledged His gracious care of His people with the destruction of all their enemies. And while that place could not “contain” Him, His presence was real! Covenantal blessings were repeatedly from there, pronounced upon a waiting and believing people. This they learned to sing in the words of Psalm 68:

God shall arise and by his might Put all His enemies to flight With shame and consternation. His haters, haughty though they be, Shall at His august presence flee…

And when God arises in and through His Anointed Son, far greater consternation will terrorize His foes. They will cry to the hills and mountains to cover them. But no escape will be found. That same psalm also “foreshadowed” another aspect of the hymn of the elders:

But let the righteous, blest of yore, Joy in their God as ne’er before, Faith’s victory achieving. Their joy shall then unbounded be Who see God’s face eternally, Their heart’s desire receiving…

What that “ark” in the Old Testament sanctuary promised the faithful is perfectly fulfilled in the Lord Jesus Christ. Lifting up our eyes to heaven, we see Jesus the Mediator and Surety of that better covenant. He alone is the true “temple” and that not made with hands. In Him dwells the fullness of the godhead bodily. Hence, in this “vision” do not look for a physical ark; it has long since passed into oblivion. Rather. see here the Lord Jesus Christ in all His glory, ready to avenge Himself of all God’s and our enemies, and take His struggling people out from among all peoples and nations to be forever with Him. That “ark” in its rich significance is here connected with “the shaking of all things” (Heb. 12:26–29). He is increasingly being made manifest to us. No wonder. then, that John writes, “there were flashes of lightning, voices, peals of thunder, an earthquake and heavy hail.” All this completely as the Day of days dawns for our complete salvation.

1. Mention some obvious “repetitions” in Revelation. Show how each adds deeper meaning.

2. Compare again the contents of the “seals” and the “trumpets” and indicate similarities and differences.

3. Explain how the “kingdom” is a reality even now.

4. Why did Jesus in His parables often speak of it as “hidden”?

5. How would you relate “kingdom” and “church” in the New Testament dispensation?

6. What does it mean in practice to “fear Thy name”?

7. Do you know how the 7th Day Adventists explain verse 19? If not, have someone explain it. Which basic Biblical doctrines does that notion deny?

8. Explain the setting and content of Psalm 68. Why should it be sung today by us?

9. List several occasions when God did “arise” in Old Testament times against His enemies. Why didn’t He completely destroy His foes then?

10. Explain the “ark” in some detail. Also in the light of John 2 that Jesus is the true “temple” with all that this includes. In the light of that passage, isn’t it odd that some people insist that another earthly temple must be built in Jerusalem, lest God’s promises fail?