Believers in every age and life situation can become discouraged at times. The cause is usually not hard to detect.

Remember Peter walking on the waves?

As long as he was doing what seemed impossible, looking to the Lord Jesus, he was safe. But when he saw the surging waters he began to sink. Only the preserving and persevering grace of the Savior brought deliverance. His alone is the power to rescue from shifting quicksands and stormy seas. And with this comes that peace which passes all understanding.

What a lesson for Christians in every age. Even after their first awakening to repentance and faith, they at times experience fear. But their frettings, worries and doubts demonstrate a serious lack of trust. And this is sinful. Only by again seeing Jesus with the eye of faith is all well with our souls. And in glowing language the One in whom should be all our hope is now introduced. 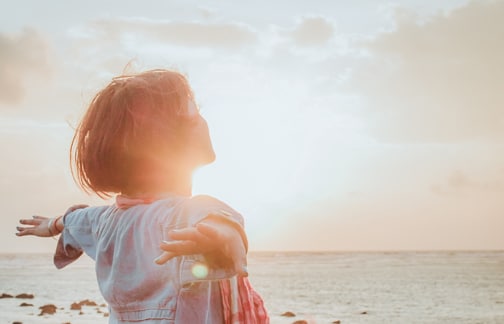 The writer begins here by introdUcing himself in a very personal and pastoral way. He is “brother and companion” of those to whom he writes, one in the large and growing family of God’s children. He also shares in their “suffering” (“thlipsis,” tribulation as pressure or a heavy burden), in the “kingdom,” the blessed rule of Christ in the hearts and lives of His own, and in the “patient endurance” or steadfastness which, as God’s gift of grace, enables them to stand up in every situation.

In that context john explains how this revelation came.

He is on the island Patmos, exiled for his faithfulness to Christ. Now he finds himself “in the spirit.” Some interpret this as only his personal “spirit.” But he is not like those false prophets in Israel and Greece whose ecstasies removed them from life’s realities. The writer is in full possession of all his faculties. But the Holy Spirit fills his life to an unusual degree. This is in accord with Jesus’ promise that the Spirit “will teach you all things and remind you of everything I have said to you” (John 14:16). And this happened “on the Lord’s day,” the only time this phrase is used in the New Testament. Soon, however, the early church used it to replace “the first day of the week.” No other title in the light of Christ’s resurrection is so appropriate.

Although the Spirit is clearly operative, the revelation or “unveiling” comes from Jesus Christ Himself.

At once surprising things begin to happen.

John hears “a loud voice.” As he turns to see, he recognizes Jesus Christ “in the midst of the lampstands.” And these are “golden,” indicating their preciousness as well as permanence. Of all this he must take careful note and then, as we soon learn, write to those churches which, like lamps, should be burning brightly in the place where they were set. What gracious care the Lord has for His people. He who is the Word also brings it through “holy men” including the apostle now inspired by the Spirit. It is this “God-breathedness” which gives the Bible its unique authority and reliability. The Spirit of the living God cannot lie. And His aim in having it recorded preserves it for all ages to strengthen those who believe.

Here Christ is introduced by one of His favorite titles, “the son of man” (Dan. 7:13f.). The external form, rather incidental, does emphasize His full humanity as well as His deity. And the “lampstands” have no light in themselves; they derive light only from Him who is the Light of the world (John 8:12). Light and darkness are not static conditions in the churches any more than they are in the created order. Light arises when the gospel bears its desired fruit (Matt. 5:12–16; Luke 16:8; 1 Thess. 5:5,6; 2 Pet. 1:19). Believers are also commanded to walk in that light. lest it be turned into darkness for them (John 5:25).

The long “robe” signifies His priesthood (Lev. 16:4) as well as His kingship with the “golden girdle” stressing regal majesty. Every detail enhances the divine authority and splendor of the Lord Jesus Christ.

From His mouth proceeds the “sharp two-edged sword.” It is God’s Word which always cuts two ways (Luke 2:35; Eph. 6:17; Hebr. 4: 12; also in Old Testament Ps.14:3; 57:4; 149:6; Provo 12:18). And with all this His “face was like the sun shining in its full strength.” All these are joined together in this vision to assure the readers of the fulness of our Lord’s person and work. Of His complete victory over His and their enemies there ought to remain no shadow of doubt. And as taught earlier, He is the coming One. Hence believers then and now can raise their voices in song,

Who is this that comes in glory, With the trump of jubilee? Lord of battles, God of armies, He has gained the victory; He who on the cross did suffer. He who from the grave arose, He has vanquished sin and Satan, He by death has spoiled his foes.

The scene is dramatic but not unexpected. John falls down as “though dead.” Who can look upon the true and living God and live? For this One who died now “is alive for ever more.” To Him belong “the keys of Death and Hades,” the realm of the dead, although the term is also used to designate hell in its preliminary stage for the unbelieving and ungodly. But for those who trust in Him, Christ Jesus has destroyed death once-for-all. The others are in bondage awaiting that final, public vindication of all Christ’s ways with the world.

Again the “seer” is told to write “What is and what will take place later.” This at once reminds us that Revelation addresses historical realities even though presented in visionary form. Eternal truths concerning the reign of the Savior-King will be revealed. But these are demonstrated in the acts and facts of earth’s history. All are being fulfilled to the glory of God’s power and praise. Thus the church, looking up to Christ, need never fear.

1. List several reasons why our faith often seems so weak. Why is looking to Christ the only remedy?

2. Show how other apostles also identify themselves closely with believers? What does this have to say about preachers and elders today?

3. Why are we to remember the word “unveiling” throughout the book?

4. Why is faith-obedience with regard to Scripture indispensable for salvation?

5. Discuss in some detail the title “son of man” as used in Old Testament and New Testament.

6. Why were “priesthood” and “kingship” so sharply kept separate in the Old Testament? Why their necessary unity in Christ’s person and work?

7. Why is “darkness” used to describe man’s natural condition? How has sin distorted the mind as well as the will and emotions?

9. Reflect on each of the descriptions of Christ’s majesty here. How does this contrast with the “sweet and gentle” Jesus so often preached now?

Each letter is now addressed to “the angel” of that church. Some claim this designates its guardian angel from heaven. Of that the Bible knows nothing. Far better to view the “angel” as the leader, likely the one also providing official teaching and leadership. That accords well with Paul’s distinction between “elders who rule well” and “especially those whose work is preaching and teaching” (1 Tim. 5:17). Such a leader would likely also be the one who would “read” the epistle at the time of public worship.

Such persons have great responsibilities. James warns against any inordinate desire to be a “teacher” in the church. According to him, and including himself, he says that they “will be judged more strictly” (James 3:1). Their influence for good or ill is always incalculable. Although only the Holy Spirit can transform hearts and lives, the Lord Jesus rightly holds the officebearers largely responsible for the spiritual condition of any congregation.