Shortly after World War II the Communists made a strong bid for power in France.

One day a party member was discussing this with a churchman. He said, “You have the tradition and institutions and wealth; also the people. But we have the future. We are ready to die for our convictions. Are you?” He exposed the tragedy of most Christianity today. The acids of modernity have bitten deep into its life. Compromise in doctrine and life-style, in order to win popularity, has become the order of the day.

In the opening verses of this chapter our Lord showed this to John in a vision. The “outer court” is left unmeasured; “the holy city” trampled for forty two months.

But thanks be to God. He always preserves “a remnant according to the election.” Whether this be large or small is not the point. In Ahab’s day there were the 7,000; throughout the New Testament period always the 144,000 on earth. No matter what happens, they are always victorious in and with the Savior-King who purchased them with His blood. That is what John records in this passage. They are the faithful witnesses.

The identity of the witnesses, vss. 4–6

Immediately several details are recorded. The witnesses are “granted,” or given, “power to prophesy.” The assignment comes to them from above. It is the command to “prophesy,” to declare the Word of God. For this they receive “power,” the Holy Spirit who, to fulfill our Lord’s promise, filled the church with Himself on the “fiftieth day.” Without His presence, of course, no one is able to carry out that calling. The time-frame has already been explained. It includes the entire New Testament period from Christ’s ascension to His return. And as witnesses they go about “clothed in sackcloth.” Such was the custom for mourning in ancient times. The witnesses grieve because those to whom they speak about God and His grace harden their hearts against the gospel.

There are “two,” says John. And speculation on this runs rife. Some insist these are Moses and Elijah. Others want to include Jeremiah, since God made His Word like “fire” coming out of the prophet’s mouth (Jer. 5:14). John the Baptizer has also been suggested as one. Then there are those who claim that, symbolically, these “two” are “the law and the prophets.” The list is almost endless. And it only confuses those who delve into it.

Let us instead be sober and seekto compare Scripture with Scipture more precisely. “Two” in the Bible is the symbol of companions who agree. Thus the law insisted that no accusation could be brought before the judges without two or three witnesses (Deut. 17:6). Our Lord sent out the seventy two by two, to announce His coming (Luke 10:1). So also the “twelve” ministry (Mark 6:7). This is underscored here by the reference to “the two olive trees and the two lampstands” (Zech. 4:1–6). There the complex figure is identified as “the word of the Lord to (not, “of”) Zerubbabel” or any other individual. The “olive trees” produce the life-sustaining oil which flows into the “Iampstands” which are the congregations. It is the Word entrusted by the Holy Spirit through the apostles to the churches. They are the focus also in John’s vision. To that Word in its fullness the faithful church will continue its “witness” during this long period.

That Moses and Elijah have often been identified as these “two” ought not surprise us. After all, they were two outstanding characters in the Old Testament. They also appeared with our Lord on the Mount of Transfiguration (Matt. 17:3; Mark 9:4; Luke 9:30). And when mention is made of drought and plagues and fire, we are tempted to think back to Old Testament messengers used by God to announce and inflict judgments upon the wicked.

But, again, let us exercise some restraint. Are Moses and Elijah to appear visibly and physically on earth in the future? That God can accomplish this we do not doubt for a moment. But where is such a promise given? All that John is told here stresses the power of the Word. It was the Lord, not Moses, who by the Word worked plagues on Egypt; the Lord, not Elijah, who caused drought to lay Israel waste for three and a half years; the Lord, not Jeremiah, who caused the fire of His Word to consume the false prophets and people before invading armies. And this He now pledges to do with the pure preaching and teaching of His message throughout the entire New Testament age until the terrible season of Antichrist. And while, indeed, the Lord Jesus has provided an “officiary” within His church, these ministers of several kinds are no hierarchy but only servants called by their work “to equip” all the saints to witness. For this they will suffer, even excrUciatingly at times, but never in vain. None who “would harm them” will escape “doom.”

In that confidence, so much lacking in today’s Christianity, the faithful “witnesses” are to go into all the world with the message of both grace and judgment. In “prophesying” combined with “prayer” lies their invincible strength. “My word,” declares the Lord of all the earth, “shall not return to me empty, but it shall accomplish that which I purpose” (Isa. 55:11). That too is the triumph of Christ through the gospel announced by Paul in 2 Corinthians 2:14–16. 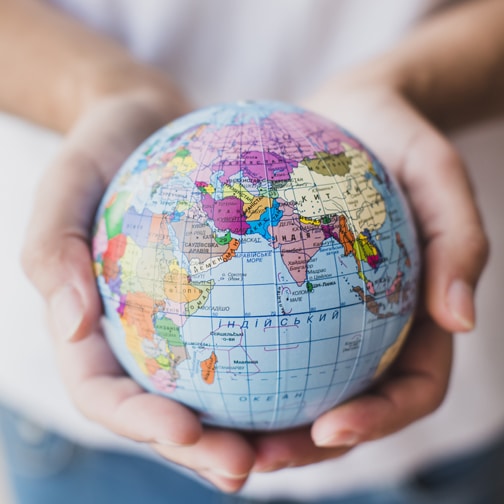 Not forever, however, will the Lord God warn the wicked by way of a public witness to His Word. Already Genesis speaks of this. When Enoch’s warnings were despised, the Spirit would no longer strive with mankind (Gen. 6:21–23; Jude vss. 14, 15). Shortly after that the flood swept away the first world. Amos also warned of a famine of that Word to rebellious Israel (Amos 8: 11, 12). John speaks of such a withdrawal of God’s message here.

This will occur when the witnesses “have finished (i.e. fulfilled) their testimony.” At that time “the beast … from the Abyss” will “attack, overcome and kill them.” Full antichristian power, inspired by Satan, will appear in those last days. The next two chapters—Revelation cannot be understood piecemeal—will describe this in far more detail. For a brief season the public witness of the faithful church is to be withdrawn. Nowhere will it resound from pulpits, in marketplaces or over the air waves. Only antichristian propaganda will saturate the nations and that successfully. Those days will be terrible for the “elect” who still remain. But for their sake these will be “shortened” (Matt. 24:22; Mark 13:20).

When this “killing” does take place, their “bodies” are left unburied “in the streets” for everyone to see. In John’s day because of swift decay, this was horrifying to contemplate.

Now a threefold description of where and how “the witnesses” are treated with such contempt.

It takes place in “the great city,” soon to be called Babylon. This is no single city, but the world empire which has sold itself to sin under Satan. It is called figuratively “Sodom” because of its exceeding wickedness, and “Egypt” because of its enslavement of God’s people. Most surprisingly, except in the light of vs. 2, it is called the place “where also their Lord was crucified.” Here is the false church which together with the world has openly repudiated the Word of God (d. esp. Heb. 6:4–6).

When this occurs “men from every people, tribe, language and nation” will gloat over the dead bodies in exuberant and unrestrained celebration. For centuries the church’s witness will have “tormented” unbelievers. Now they are liberated from having to listen to it publicly. Their consciences, never entirely stilled before, feel entirely at ease. Those “clothed in sackcloth” who so often had been busy declaring the judgments to come, are dead. Therefore, and note this well, all engage in feasting and giving gifts to each other. This is exactly what Jesus predicted. In those days to come all these people will act as they did when Noah preached as he was preparing the ark (Matt. 24:37–39).

Once again, the last word does not belong to the world which makes merry or with the beast who stirred them to feasting. The Lord on the throne remains completely in control.

“For three and a half days” the bodies lie unburied. The use of “days” indicates a comparative brief span of time. To all appearances Satan and his hosts have gained the victory. But amid all that carousing, mentioned also by Paul and Peter in their writings, suddenly mighty acts proceeding from above occur.

By a “breath from God” the witnesses stand up. All who rejoiced in their death will see them. “Terror” fills their hearts as a “loud voice” shouts, “Come up here!” With this the witnesses are made alive and ascend even as their foes are compelled to look on. This is the “rapture” spoken of in 1 Thessalonians 4:17. It takes place when Christ returns on the clouds of heaven. It is the day of the physical resurrection of the saints “caught up” to be forever with their Lord and Savior. Under divine wrath the rest are sent into “the second death.” Revelation 20:7f, will explain this further.

“The second woe” is now accomplished. The “third” will be revealed with the sounding of the seventh trumpet and the pouring out of the seventh bowl to its fullest extent.

Much discussion, with disagreements which refuse to go away, has concerned itself with that final Day of days. Will everything prophesied from of old occur within a moment, a few hours, or a prolonged day after the fashion of the one which once happened when the sun stood still? And, are there several stages in which these many events will come to pass? We should resist speculation here. About the “what” and the “why” the Bible gives abundant testimony. Only a little, upon occasion, about the “how.” And the “when” is still shrouded in the secret counsel of our God.

Everything, of that we should be fully assured, is for the “glory of our God,” even the just condemnation of the ungodly and unbelieving. And the victory of the witnessing church, in spite of all the distress and persecution and death which must be endured, is guaranteed. It is in the hands of the conquering Savior-King, the “lion” who is also the “Lamb.” That is the message of this passage.

1. How and why, are our Lord’s sufferings also reflected in the life of the faithful church throughout the ages?

2. How are God’s words and deeds always related in His dealings with mankind?

3. Why must the church always be “servant” to and of the Word also in speaking to the ungodly? What must be expected when the church compromises?

4. Why does the false church always hate those faithful to the Word? How do they show this? What about their pleas for tolerance?

5. Are there some questions about the future which we may not ask? If so, which? What should we do when these arise in our minds?

6. Find and discuss several texts which stress the authority and power of God’s Word.

7. Can you mention texts which show that “killing” does not always mean physical death?

8. Compare the “days of Noah” with our own time.