In this article we will consider the relationship between the Passover festival and the tenth plague. And in so doing, we will consider how the Passover is a memorial, a feast, and a lasting ordinance, which continues through the Lord’s Supper.  When Christians celebrate the Lord’s Supper they are keeping the Pass­over that God commanded His people to honor in perpetuity.

The Passover As A Memorial

In the Bible, memorials were estab­lished for the purpose of remember­ing.  Memorials helped future gen­erations remember something im­portant. The Passover was an an­nual memorial that helped the people remember how God had conquered and humiliated the false gods of Egypt. It was a memorial that helped God’s people remember not only how God had judged Egypt, but also how God had saved His people from Egypt, and how He had saved His people from the tenth plague. It was only through the proper application of blood that the firstborn sons, both man and beast, were saved when the death angel passed through Egypt.

Moses confirmed this understand­ing of the Passover in Exodus 13:9. “This observance will be for you like a sign on your hand and a re­minder on your forehead that the law of the LORD is to be on your lips. For the LORD brought you out of Egypt with His mighty hand.” The purpose of the Passover as a memorial is for the people, “This day is a memorial for you.”

While Israel was crossing the Jor­dan River, Joshua chose twelve men, one from each tribe, to pick up a stone from the middle of the Jor­dan River. The stones were carried to the place where they spent the night. At that place the stones were piled up to serve as a memorial, a visible reminder of what God had done that day: “tell them that the flow of the Jordan was cut off be­fore the ark of the covenant of the LORD. When it crossed the Jor­dan, the waters of the Jordan were cut off. These stones are to be a memorial to the people of Israel forever” (Joshua 4:7). 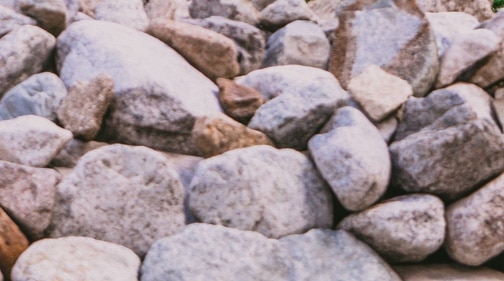 Just as those stones were a memo­rial to the people of Israel forever, likewise, the Passover is a memo­rial forever. Both memorials are eternal because both memorials are fulfilled through Christ. Jesus is the Passover Lamb that gave His life for His people. In this way the Lord’s  Supper is continuation of the Passover that God commanded His people to honor in perpetuity. For through the Lord’s Supper the worshipper is reminded that they were redeemed from spiritual Egypt (sin and death) through the blood of Christ. The blood of Christ is the only blood that saves sinners from God’s wrath. Likewise, no one en­ters into the heavenly land of prom­ise apart from Jesus Christ. In this way, the twelve stones point to Jesus Christ.

The Passover As A Feast

“This day is a memorial for you, and you will celebrate it as a feast to Jehovah throughout your genera­tions.” The Passover is both a me­morial for the people, and a feast that the people celebrate to Jeho­vah. The first time this word is used in the Bible is in Exodus 5 when Moses and Aaron confronted Pha­raoh. “Moses and Aaron went to Pharaoh and said, “This is what the LORD, the God of Israel, says: ‘Let my people go, so that they may hold a festival to me in the desert’” (Exo­dus 5:1).

As a memorial, the Passover was for the people, but as a feast it was a celebration for Jehovah. We see here how the Passover was both for the people and how it was also for God, because it was an act of worship unto the Lord.  As a cel­ebration to the Lord, the Lord cared about this feast and how it was carried out. God gave precise in­structions including the way the meal was prepared and how the meal was eaten.

On the tenth day of the first month, each family was instructed to set-apart a one year old male lamb without blemish. On the fourteenth day of the first month, every family was instructed to slaughter the lamb in the evening hours. It was important that the lamb was roasted over the fire; any uneaten portions were re­served for fire. The meat was to be eaten with bitter herbs and unleavened bread. All these de­tails had symbolic meaning re­garding Israel’s experience in Egypt and regarding God’s deliv­erance of His people. For ex­ample, the bitter herbs represent the bitter suffering of God’s people while they lived under the yoke of slavery. The unleavened bread represented the unleav­ened bread that the people carried on their backs because they left in haste.

Because the people left in haste, the meal was to be eaten in haste with their outer cloak on, their belt fas­tened for travel, and their walking staff in hand. The idea of eating the feast in haste while one was dressed for travel was an important detail. In Exodus 23 Jehovah pro­vides additional details which ac­centuate the idea of a pilgrimage. “Three times a year you are to cel­ebrate a festival to me. Celebrate the Feast of Unleavened Bread; for seven days eat bread made without yeast, as I commanded you. Do this at the appointed time in the month of Abib, for in that month you came out of Egypt. No one is to appear before me empty-handed. Three times a year all the men are to ap­pear before the Sovereign Lord” (Exodus 23:15,17).

An important part of this festival included the appearance of the people before their sovereign Lord. All the men had to appear before the Sovereign Lord in Jerusalem. The men were the covenant heads of each household; as a result it was necessary that each covenant head appear in Jerusalem before Jeho­vah to remember God’s mighty work and to worship Jehovah. The Passover and the festival of Un­leavened Bread were annual events, whereby the people were called together as a people to ap­pear before Jehovah. In this sense the Passover festival was a corpo­rate event, whereby God’s people appeared before Him and they worshipped Him. The nation was being called on to worship God as they appeared before Him corpo­rately at the temple.

The pilgrimage was also an impor­tant part of this festival. The pil­grimage was a reminder to the people that they had been sojourn­ers in the wilderness for forty years, but it was also a reminder that they were still travelers. Even after they had entered into the earthly land of Canaan, and settled the land they were still living as pilgrims, because they had not yet entered into the heavenly land of promise. In this way the earthly land of promise was a shadow that pointed them heavenward. And therefore, if they had true faith, then they would un­derstand that they were sojourners like their father Abraham.

Abraham traveled to a land that he would later receive as his inherit­ance, yet he understood that his earthly inheritance pointed forward to a better land, and heavenly inher­itance that was eternal. Abraham lived as a pilgrim.  Even when he arrived in the land of his inheritance he lived as a stranger and an alien, because he looked forward to a better land.  This is certainly true of the Passover; it was important that the people travel to Jerusalem so they could look back and remember what God had done for them. But it was also import that the people look forward and learn to live in the earthly land of promise as strangers and aliens, because they were “looking forward to a city with foun­dations, whose architect and builder is God.”

In a way similar to the Passover, the Lord’s Supper is also a feast. Instead of physically traveling to Jerusalem and eating the Lord’s Supper before the temple we are actually elevated into the heavenly temple, whereby we fellowship with the resurrected Christ. Our pilgrimage is spiritual but our fellow­ship with the resurrected Christ is much more than symbolic. Through the elements of bread and wine, Christ is spiritually present and He is offered to us, whereby we eat His broken body and His poured out blood. Through the feast we are more and more united to Christ and we share in His life and His gifts (Heidelberg Catechism Q & A 76).

Passover As A Lasting Ordinance

The Hebrew term for ordinance means law/rule/statute. The Pass­over memorial-festival is an ordi­nance that precedes Sinai. In addi­tion, the ordinance is forever. The command to keep the Passover is emphasized by the reiteration of this law in Exodus 12:24 and again in 13:10.  The Passover is to be observed by the people of God throughout history, from one gen­eration to the next. The continuous, binding character of the Passover celebration raises a question for the church: how does the church keep this command? How does the church celebrate the Passover?

In the New Testament the Pass­over is fulfilled through Jesus Christ. Jesus fulfilled the Passover and He republished the Passover in the form of the Lord’s Supper. Jesus reinterprets the elements: the bread represents His body and the wine represents His blood. In short, what Jesus is  proclaiming is that He is the Passover Lamb. Jesus is the lamb that was set apart from the flock. He was set apart as the sacrifice. He is the substitute, the first born that takes our place.  By the shedding of His blood as a sub­stitute. He suffered God’s wrath for our sins.

The Lord’s Supper continues to function as a memorial and as a feast to the Lord. The Lord’s Sup­per is clearly a remembrance, but it is much more, it is a visible procla­mation of our Lord’s death. “For whenever you eat this bread and drink this cup, you proclaim the Lord’s death until he comes.” Through the Supper Christ is preached and He is spiritually of­fered. This is why it is so important that the participants judge them­selves.

And last of all, the Supper is a feast. It is a fellowship meal whereby Christ is offered and received by faith. As the church fellowships with Christ, through the means of the Supper, the one loaf is an expression of the unity that the church enjoys. The one loaf is a symbol of the  one body, the body of Christ. Through the one loaf, we have a beautiful picture of our spiritual union with Jesus Christ. Through the means of the Supper, the church appears before their sovereign Lord, Jesus Christ. And the Supper is a lasting ordinance that the church is commanded to keep until the time when Christ returns and we join Him in the marriage Supper of the Lamb.

In conclusion, the Passover contin­ues as a memorial, a festival to the Lord and a lasting ordinance through the Lord’s Supper. But in the Lord’s Supper our fellowship with the body and blood of Christ is much greater than it was under the old covenant.

Rev. Mark Stromberg is the pastor of the United Reformed Church in Belgrade, Montana.