The Institution of the Lord’s Supper: Some Observations

And when the hour came, he reclined at table, and the apostles with him. And he said to them, ‘I have earnestly desired to eat this Passover with you before I suffer. For I tell you I will not eat it until it is fulfilled in the kingdom of God.’ And he took a cup, and when he had given thanks he said, ‘Take this, and divide it among yourselves. For I tell you that from now on I will not drink of the fruit of the vine until the kingdom of God comes. And he took bread, and when he had given thanks, he broke it and gave it to them, saying, ‘This is my body, which is given for you. Do this in remembrance of me.’ And likewise the cup after they had eaten, saying, ‘This cup that is poured out for you is the new covenant in my blood. But behold, the hand of him who betrays me is with me on the table.

There are several observations that may be made on the basis of this account of the institution of the Lord’s Supper.

First, the occasion for the institution of this sacrament was undoubtedly Christ’s meal with His disciples, which was part of their celebration of the first day of the Passover feast (cf. Matt. 26:17). We will evaluate the significance of this connection between the Lord’s Supper and the Passover below, but it cannot be denied that the historical setting for the initiation of this sacrament was the annual celebration of the Passover. Whether this occasion has the significance and implications for the subject of paedocommunion that is often alleged remains to be seen. However, there is an undeniable historical link between the Old Testament Passover and the New Testament Lord’s Supper.

Second, the account of the institution of the Lord’s Supper clearly shows that this sacrament enjoys the kind of divine authorization that is a necessary prerequisite for the existence of a sacrament. In the sixteenth century, the Protestant Reformers insisted that Christ only instituted two sacraments for the new covenant community, the church: baptism and the Lord’s Supper. The church does not have the power on its own to institute a sacrament. In the case of the Lord’s Supper, the biblical testimony to Christ’s appointment of the sacrament is incontestable. The Gospel accounts of this institution explicitly identify the historical occasion and setting for the appointment of this sacrament as an integral part of the life and ministry of the church of Jesus Christ.

Third, if a sacrament is a “visible sign of an invisible grace,” to use an ancient definition of the church that goes back at least to the time of Augustine, the Lord’s Supper clearly qualifies as a sacrament. In His words of institution, the Lord consecrates the bread and wine as visible signs or tokens of His body and blood. Without going into the intricacies of historic church debates about the relation between the sign and the thing signified, it is enough for our purpose to acknowledge the obvious fact that Christ appointed the bread and the sign to be representative of Himself, particularly of His body given and His blood shed for the sake of His people. Unlike many of the rites of the Roman Catholic Church that are regarded as sacraments but do not have clear Scriptural warrant to confirm that they are divinely authored, the sacrament of the Lord’s Supper was incontestably instituted by Christ Himself.

Fourth, the language Christ uses in the institution of the Lord’s Supper suggests that the sacrament is to be a regular part of the worship of the church and a means of communion with the crucified and risen Lord. Until Christ comes again and His disciples eat and drink with Him in the kingdom of God, the Lord’s Supper is to be celebrated in remembrance of His atoning sacrifice for the sins of His people. Even though the words of institution do not specify the precise frequency of the celebration of the sacrament, they unmistakably warrant the conclusion that the Lord’s Supper will differ from Christian baptism in this respect. Whereas baptism is, in the nature of the case, a sacrament of initiation or incorporation that is administered but once, the Lord’s Supper is to be regularly celebrated in the context of Christian worship and the ministry of the Word of God until Christ comes again. For this reason, when the apostle Paul quotes the Lord’s words of institution, he includes the language, “Do this, as often as you drink it, in remembrance of me” (1 Cor. 11:25; emphasis mine). The obvious implication of this language is that the Lord’s Supper is to be frequently celebrated by the church in remembrance of Christ’s death and in anticipation of His return.

And fifth, the words of institution place those who celebrate the Lord’s Supper under the obligation to take or receive the sacramental elements, and to do so “in remembrance” of Christ. Participation in the Lord’s Supper occurs in response to a command, “do this,” and calls accordingly for a responsible engagement on the part of those who take and eat the bread and drink the wine. The act of taking or receiving the sacramental signs and tokens of Christ’s body and blood is to be performed as a means of remembering and believing that Christ’s death was an atoning sacrifice for the sins of His people. In this respect, the communicant’s reception of Christ through the sacrament of the Lord’s Supper is different from the way the sacrament of baptism is received.

Though the language is not altogether satisfactory, the Lord’s Supper requires the active participation of its recipient in a way that is not required of the recipient of baptism, who in a manner of speaking is the passive recipient of the sacramental sign and seal of the gospel promise. The requirement of an active, believing reception of the sacrament is particularly significant for the question of whether children should be admitted to the Lord’s Table. It would be premature and unwarranted to argue at this point that this feature of the sacrament’s institution forbids the practice of admitting children to the Lord’s Table. But it does indicate that the church’s practice should conform to the principle that those who participate in the sacrament are to do so in active and responsible obedience to the Lord’s command to “do this in remembrance of Him.” 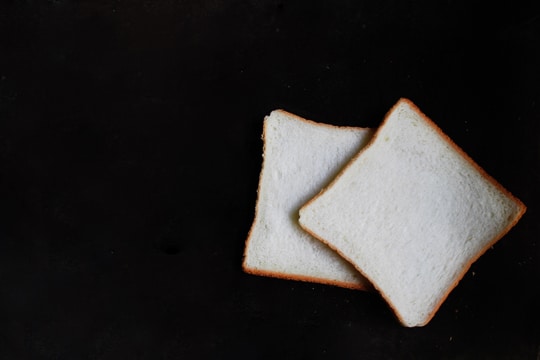 In our introduction to the New Testament evidence for or against the practice of paedocommunion, we have seen that there is little explicit evidence in any of the relevant passages that speaks to this precise question. Though there is ample evidence to support a number of general emphases regarding the nature and purpose of the sacrament of the Lord’s Supper, the passages we have considered thus far do not elaborate upon who may participate. However, there are several aspects of the New Testament’s teaching that remain to be considered, and that do have implications for our understanding of the sacrament and its proper reception. These aspects of New Testament teaching, which we will treat in subsequent articles, include some indications of differences between the Old Testament Passover and the New Testament Lord’s Supper, as well as key passages like John 6 and 1 Corinthians.

It would be improper, therefore, to conclude at this point that the practice of paedocommunion has to be determined by a broad appeal to Old Testament precedents or the simple fact that children of believing parents belong to the new covenant community, as they did formerly in the old covenant. We will see in our forthcoming articles that there are good biblical reasons to uphold the historic practice of the Reformed churches, which require that those admitted to the Table of the Lord profess their faith prior to doing so.

Despite the apparent absence of any explicit New Testament evidence that would clearly favor or oppose the admission of children to the Lord’s Supper, there are, even in the passages we have considered thus far, some hints that favor the historic view of the Reformed churches. In those passages that describe the early church’s celebration of the sacrament or make apparent allusions to its celebration, it seems that those who participated in the Lord’s Supper were believers who had responded or were responding properly to the gospel Word that had come to them (cf. Luke 24:30-31; Acts 2:42). Likewise, the privilege of enjoying a reception at the Lord’s Supper is granted only to those whose Christian profession and conduct meet with the Lord’s approval (cf. Rev. 3:20). In the most important evidence that we have considered thus far, the account of the institution of the Lord’s Supper, it seems evident that Christ commands those who receive the sacramental signs of His body and blood do so in active, believing appropriation of the gospel of the forgiveness of sins on the basis of His atoning sacrifice. Nothing in this evidence argues for the admission of non-professing children to the sacrament of the Lord’s Supper. The only argument for such admission that presents itself would have to go to Old Testament precedents and the presumption of a continuation in its practice in the context of the new covenant. At the very least, the evidence we have considered coheres well with the practice of admitting to the Table of the Lord those who have publicly attested their believing response to the gospel of Christ and Him crucified.

Dr. Cornelis Venema is the President of the Mid-America Reformed Seminary. He also serves a contributing editor of The Outlook.