Alert readers may have noticed that in the opening article we did not abbreviate the Church of Rome with the term “Catholicism.” The adjective “Roman” is important for this series because its aim is to describe the historic and ongoing differences between Protestants and Rome. Consequently, Roman Catholicism has a narrower reference than Catholicism. Roman Catholics of course dispute the claim, but Protestants have always maintained the catholicity of their faith, their acknowledgment of a universal body of Christ through the ages, their respect for insights of Christians before the Reformation, and their longing for the unity of believers in the visible church.

Roman Catholicism, while also affirming the language of catholicity, technically applies to a smaller segment of Christianity—namely, that portion of Christendom in communion with the Bishop of Rome, that is, the Pope. When Protestants confess “one holy, catholic and apostolic church” they mean something that Roman Catholics do not. It is deceptive, therefore, to employ the shorthand “Catholicism” to Rome. It is like saying that Southern Baptists are the only genuine Baptists.

Our understanding of the Roman Catholic Church must also bear in mind the work of the Council of Trent (1545–1563), that gave the post-Reformation church its particular shape and expression. The Council of Trent famously anathematized the doctrines of the Reformation in its several decrees. For example, in the Decree on Justification, Canon IX reads:

If anyone saith, that by faith alone the impious is justified; in such wise as to mean, that nothing else is required to co-operate in order to the obtaining the grace of Justification, and that it is not in any way necessary, that he be prepared and disposed by the movement of his own will; let him be anathema.

If anyone saith, that men are justified, either by the sole imputation of the justice of Christ, or by the sole remission of sins, to the exclusion of the grace and the charity which is poured forth in their hearts by the Holy Ghost, and is inherent in them; or even that the grace, whereby we are justified, is only the favour of God; let him be anathema.

Anathema is a strong word! It is what Paul says about the Judaizers in Galatians, and Rome is pronouncing the same judgment upon believers who affirm a Protestant understanding of salvation.

To be sure, the Roman Catholic Church has recently softened its stand on the Reformers, just as it has reconsidered its condemnation of Galileo. For example, Walter Cardinal Kasper, President of the Pontifical Council for Promoting Christian Unity, recently observed that “We have much to learn from Luther, beginning with the importance he attached to the word of God.” It was time for a “more positive” view of Luther, whose reforms should now be seen as having “anticipated aspects of reform which the Church has adopted over time.” This is a sharp contrast from Pope Leo X, who excommunicated Luther and dismissed the Reformer as “a drunken German who will change his mind when sober.”

Evangelical apologists for the church of Rome today are quick to applaud the apparent willingness of Rome to end the strident anti-Protestant polemics of its past. Protestants may welcome this development, although such softening may be an indication that Rome suffers from the sort of liberal theology that has afflicted Protestants: “we say one thing but we don’t really mean it anymore.” Even so, such positive statements about Luther or Protestants have not forced Rome to change the formulas of Trent. On Rome’s books, Protestants still stand condemned.

While it is important to clarify what Roman Catholicism stands for, it is equally important to be clear about Protestantism. The term itself is something of an abstraction. Very few denominations officially describe themselves as “Protestant.” Episcopalians in America, for example, formerly were known at the “Protestant Episcopal Church USA.” But the church is now known simply as “The Episcopal Church USA,” perhaps reflecting the influence of Anglo-Catholicism. 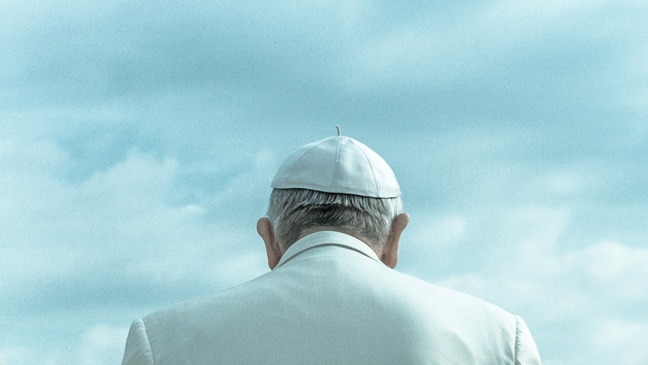 For the purposes of this series, a Protestant is a western Christian who is self-consciously not in fellowship with the Bishop of Rome but belongs to a Protestant church. Several important features of this definition bear noting. First it acknowledges that these are differences that bear on Christianity in the West. As much as Rome and Protestantism differ, these are quarrels among western as opposed to eastern Christians. A basic question for the West has always been, “how am I right with God?” Rome answer that differently from the Reformed, Lutherans, and Anglicans, but the Reformation did start with the same soteriological question as Roman Catholicism.

Also important in this simple definition of Protestantism is the idea of self-conscious dissent from Rome’s teaching. Just because you have been excommunicated by Rome doesn’t make you a Protestant automatically; the reason for the anathema has to be that you are holding to Protestant teachings and practices.

Finally, this definition underscores fellowship with the Bishop of Rome as being key to Roman Catholicism. The papacy, and claims made on the Pope’s behalf, were a major factor in the reformers’ insistence upon a Reformation. The Pope had usurped the role of Christ as king and ruler of the church.

Also worth noticing about this definition is that simply seeking reform in the Roman Catholic Church is not enough for being a Protestant. Many humanists and churchmen at the time of the Reformation, such as Erasmus and Thomas More, admitted that Rome needed reformation. But these non-Protestant reformers were not opposed to Rome’s teaching about the way of salvation, its claims about church authority, or worship. For that reason, these Roman Catholic reformers were never anathematized the way that Luther and other Protestants were.

Rome’s condemnation of the Reformers was influential in the shape that Protestantism took in the Western church. Protestants faced a variety of different circumstances in their opposition to Rome. Conditions of persecution and martyrdom prompted diversity in Protestant expressions, in different parishes, dioceses, cities, provinces, and realms. These historical circumstances have produced three main groups of Protestants. In Germany and Scandinavia, Lutheranism has dominated since the beginning of the Reformation. (When Lutherans immigrated to North America in the nineteenth century, there were at one point fifty-seven different Lutheran synods, because of their ethnic and political diversity in Europe.) In the l530s the English Reformation, begun with Henry VIII’s desire for a male heir to the throne, led to an Anglican expression of Protestantism. A decade later the Reformed wing of the Reformation took root in the Swiss city states of Zurich and Geneva. Cross-fertilization of ideas in these traditions took place when, for example, English Protestants lived in exile in Geneva, participated in Calvin’s reforms, and took back models for Britain. Reformed took root in Scotland in 1560 with the establishment of the Presbyterian Church.

The differences among these Reformation traditions are important. At the same time, Lutherans, Anglicans, and Reformed Protestants agreed upon a body of convictions that were and continue to be essential to Protestantism. Each tradition went in different directions and developed its own particular expression of Protestantism. But a core set of teachings and practices exist that are evident in each of these traditions. These doctrines and forms of devotion were crucial to western Christians who self-consciously sought independence for the church from the Bishop of Rome. And these teachings will be the basis for this series.

At bottom, what makes a Protestant, what unites Anglicans, Lutherans, and the Reformed, is the protest-a common opposition to Roman Catholicism. And so this series is about the Protestant dissent from Rome—what it looked like in the sixteenth century and why such dissent is still necessary and even plausible. The authors are Orthodox Presbyterians who believe that Calvinism is the most consistent expression of Protestantism. Yet the argument we will advance is one of “mere Protestantism.” We are not building a case for unity among these wings of Protestantism. Rather, we seek to identify why Anglicans, Lutherans, and the Reformed have together found it necessary to leave the Church of Rome and find another communion.

It is important to underscore that we will be lobbying for historic Protestantism. The demise of mainline Protestantism in America 9ver the past half-century has been well-documented. Since the height of their influence in American culture in the mid-twentieth century, mainline Protestants, in the words of Kenneth Woodward of Newsweek, have been “running out of money and members and meaning.” The authors have no interest in preserving those former days of mainline hegemony, but rather we would seek to defend and propagate historic Protestantism.

While it Still Matters to be Protestant

Unfortunately, many want to consign these issues to the past. Ecumenical opportunities, the increasing prominence of Roman Catholicism, and the weakening resolve of evangelicals have made Protestantism appear to be a moribund faith that is becoming extinct. Indeed, the Emerging Church Movement includes voices urging the church to mature into a “post-Protestant” phase.

What is needed today is a not a “new Protestant gospel,” wrote Jaroslav Pelikanin 1959, “but the gospel of the true church, the catholic church of all generations.” This is what the Protestant Reformation taught. We who continue to confess the catholicity of the church in the Apostles’ Creed ought to settle for nothing less.

Serious doctrinal matters still divide Protestants and Roman Catholics, and genuine Christian unity cannot be achieved by ignoring them. Christian commitments must rise above our political loyalties and cultural aspirations. The case of Protestantism, which is a case for a principled anti-Catholicism, needs to restated for our generation, cutting through the riddles, mysteries, and enigmas of our day.

Dr. D. G Hart and Mr. John R. Muether are coauthors of several books, most recently Seeking a Better Country: 300 Years of American Presbyterianism (P&R,2007). Both are ruling elders in the Orthodox Presbyterian Church: Dr. Hart at Calvary OPC, Glenside, Pennsylvania, and Mr. Muether at Reformation OPC in Oviedo, Florida. Dr. Hart is the Director of Fellowship Programs and Scholar-in-Residence at the Intercollegiate Studies Institute. Mr. Muether is the historian of the OPC and Librarian at Reformed Theological Seminary, Orlando, FL.