“Bend me, shape me, anyway you want me…” So crooned the 1960’s group, American Breed. What was once a snappy sing-a-long chart buster has somehow become the marketing jingle for many Evangelicals’ attitude toward the Bible. Among many who were once the most orthodox, the Bible has now developed an incredible elasticity lending new meaning to the idea of contextualization. This has become so true in some Evangelical quarters, that God’s unchanging Word can be viewed like the local weather: “If you don’t like it, just wait. It will change.” 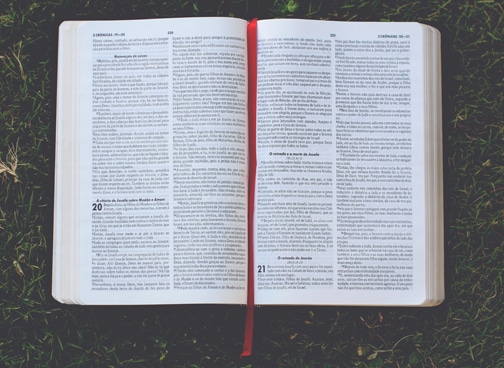 Once upon a time the Bible was rightly understood to have meaning independent of any interpreter’s presuppositions. God’s Word burned away like chaff those presuppositions of the interpreter which were inconsistent with the presuppositions of the Bible. Those days are gone. Now we bring our own agendas to God’s Word; we twist Scripture and discover interpretations and apologetics for things that nobody in the last 500 years of orthodox hermeneutics would have attempted to justify. If anyone doubts the validity of this, ask yourself if forty years ago one could have ever found the term “homosexual Christian” sprinkled throughout Evangelical publications? Could anyone have found an apologetic forty years ago for the kind of excesses that are going on in Toronto and Toronto “wannabe’s”? Would anyone have understood the term “Evangelical feminist” forty years ago? Forty years ago would anyone have seriously considered asking the question whether or not the Bible is insensitive to women by referring to God as a “He”? Forty years ago did anybody know what a deconstructionist was, and if they did, would they have thought it sane for such a person to claim Christ? If Luther was right in saying that, wrongly used, “reason is a whore,” then the irrationality passing for much of current Evangelical hermeneutics must surely be the whole brothel.

Still we are told by those whose compassion out-distances their hermeneutical moorings, that we live in modern times and our culture demands a new sensitivity from the Bible. The Word must be sensitive to the homosexual who “loves Jesus,” sensitive to the person who is clucking “in the Spirit,” sensitive to feminists who arrogate to themselves positions of authority, and sensitive to those who find God’s masculinity offensive. And of course, being sensitive these days is code language for, “agrees with.” In the midst of this incredible mardi-gras of horizontal sensitivity; will anyone ever again be vertically sensitive to the God of the Bible, who has revealed Himself as less progressive in His sensitivities towards hermeneutical flights of fancy than we have made Him out to be? More likely however, our sensitivity will only be reserved for the cultural dictates of our times.

It is in the “cultural dictates of our times” that the problem of weakening Biblical authority lies. If we desire to return to a time which recognizes the Bible for what it never ceases to be, we must simply get over our love affair with cultural anthropology. The church too often acts like the sky above is brass, and the only way to interpret God’s Word is by making culture king. Some people think that because all cultures are not alike, therefore one must conclude that God’s Word is not absolute, but relative to the culture or subculture one finds oneself in. This has the net effect of turning God’s Word into an onion which disappears as one layer after another is peeled off to make the Word palatable to each culture. Our hermeneutics must return to the truth that every culture is subordinate to Scripture, and not the other way around. It must be culture that plays the part of the onion, finding itself peeled by the authority of God’s Word. If we keep insisting that culture is normative, the church will eventually sacrifice both the Bible and herself upon the altar of anthropology. The ritual dagger used in this cult sacrifice will be “post-modern hermeneutics,” as the church seeks to appease the two-headed god of popularity and relevance. We must realize again that the sky above is not brass, that God has clearly spoken, and that our epistemology is based on revelation, and not culture.

Another way to regain a weighty Bible and steal the scepter of authority from the hand of culture is to re-introduce the Reformed principle which holds not only the culture subordinate to the Bible, but the church as well. The church does not confirm the Word, the Word confirms the church. Whenever the church deals with the Word, she never authorizes it but merely acknowledges its authority. Calvin reminds us:

Nothing, therefore, can be more absurd than the fiction that the power of judging Scripture is in the Church, and that on her nod its certainty depends.1

This was particularly important in the debate with Rome when the Catholics insisted on the right of filling the Scriptures with a meaning foreign to the original intent of the authors. The Reformers reminded Rome and us, that when the church’s hermeneutic makes the Bible say something other than what it clearly says, the individual believer must call upon the church to repent and return to the authority of the Word. When the church does not repent of unsound Scriptural hermeneutics, she inevitably follows the cultural slide. When the Church does submit to sound Scriptural hermeneutics the Bible is once again weighty.

Some may respond by noting that the Reformers were dealing with issues far more central to the kerygma of the gospel than the kinds of things mentioned in this article. Some will remind us we must not quibble over non-essentials After all, peace is important. One wonders though, how many spokes can be kicked out of a wheel until both hub and wheel are destroyed? As for the cry for peace, why can’t we see that the tribute which the twisting of God’s Word has already paid to peace in the last forty years, has left truth virtually bankrupt and peace totally immoral? Isn’t it time to quibble a little more and roll over a lot less?

Is it the desire for the evangelical church to have a Bible which is relevant and popular? Let us remember then, that relevance and popularity can never be purchased at the cost of revelation. It is only in the epistemological certainty which Scripture affords us that we can find any relevance whatsoever for our cultures and our churches. For the glory of God, for the purity of the church, and for the love of lost souls, let us return to a hermeneutic that allows the Bible to speak for itself.

Rev. McAtee, a graduate of Columbia Seminary, served the Longtown Independent Presbyterian Church in Ridgeway, SC. He currently pastors a Christian Reformed Church in Charlotte, MI, and plans to further his education in the area in the near future.