It has been my privilege to accompany the 1966 Ligonier Ministries of Canada tour with a variety of theologians, from coast to coast, to speak about Revival and Reformation. My particular concern has been to seek revival and reformation in the Christian church. Many of the tour lectures are printed in the syllabus, By My Spirit.1

Revival and reformation is an important subject for today. When Christians speak about this, they often make reference to Pentecost. That of course, is a Biblically sound focal point. It was undoubtedly true, that true revival and true reformation occurred at Pentecost. However, Pentecost, as a one time event in the church, has passed. There have been, what R.C. Sproul calls, “mini-pentecosts” as the gospel moved from one people group to another. However, the birthing of the Christian Church (not the Church which humanly begins with Adam and Eve) happened at Pentecost in 33 A.D. We can also see “pre-pentecost revivals” prior to Pentecost.2

Revival occurred before Pentecost. The Psalmist writes in Psalm 119, “Revive me, O Lord, according to your Word” (119:107). Or as Habakkuk prophesies, “Oh Lord, revive your work…in wrath remember mercy” (3:2). There were times of revival in the Old Testament, as God’s people were led back to the Word. This happened under the Judges as well as at the end of the exile. Notice that a great spiritual need preceded the coming of a revival. Revival is necessitated by God’s people’s need for reconciliation to God.3

Revival occurred at Pentecost. This was the subject of the previous article.

Yet now, brethren…repent therefore and be converted, that your sins may be blotted out, so that times of refreshing may come from the presence of the Lord and that He may send Jesus Christ, who was preached to you before, whom heaven must receive until the times of restoration of all things, which God has spo-ken by the mouth of all His holy prophets since the world began.

Revival and reformation of the Old Covenant people into the people of the New Covenant continued throughout the early church. Gentiles were added to their numbers. Yet persecution plagued them everywhere they went. It seemed like the Evil One was getting the upper hand. All the apostles had been martyred by the end of the first century, according to the historians’ records, with the single exception of the apostle John. He was exiled to the island of Patmos. He was the recipient of a divine visitation which was instructive for the whole church as well as for us as we consider the need for revival.

As in the 16th century Reformation, during the darkest of times for the Christian church, revival came at God’s appointed time, place and way; we have that hope for today. 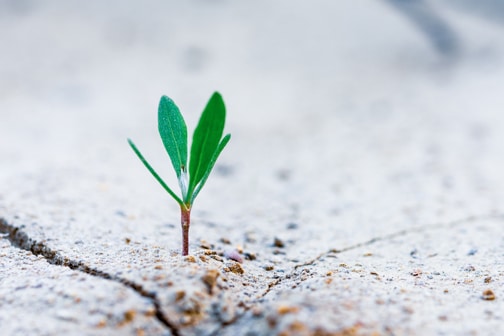 THE NEED FOR REVIVAL AND REFORMATION

The exile of John by the Roman authorities to the island of Patmos occurred at the end of the first century. Persecution had ravaged the leadership of the early church.

Frank Mead in The March of Eleven Men says that James, the brother of Jesus and James the son of Zebedee were killed by the mobs in Jerusalem. Matthew was run through with a sword in Ethiopia. Philip was hanged in Greece. Bartholomew was flayed alive in Armenia; Andrew was crucified in Achaia, and Thomas was killed with a lance in East India. Thaddeus was shot with arrow, Simon the Zealot was crucified by the Persians and Peter was crucified upside down by the Romans. Only John, the author of the fourth Gospel and the book of Revelation, escaped a martyr’s grave. Jesus Himself was beaten, humiliated, spat upon and crucified between thieves.4

However, John was not being martyred in death; the world’s reaction to him was the punishment of isolation. Persecution was not stopping the growth of Christianity, so other means were being tried.

The churches were also experiencing difficulties. The messages of the Lord to the seven churches were encouraging and yet serious. There was doctrinal heresy leading to moral decay: in Ephesus (loss of the first love for Jesus was seen in the lack of personal repentance); in Pergamos (tolerance of heretics such as those who followed the doctrine of Balaam and the Nicolatians which led to idolatry and immorality); Thyatira (tolerance of a wicked prophetess rebelled to fornication); Sardis (spiritually dead); and Laodocia (lukewarmness).

If the churches did not repent, Jesus would take away their lampstand, the light of the gospel. The church may look like a church, speak like a church, walk like a church, but not be a true church, for the power of the Spirit, the presence of Christ and the glory of the Father would be gone.

We see that John was revived by the Spirit of God in order to reform the early congregations according to the Word of God and to the glory of Father.

Do you ever wonder if Christianity is disappearing from our continent, whether or not the lampstand has been removed from your congregation?

It is not a secret that the government has re-moved the Christian God from the prayers in Canadian parliament. Unless you pray to a generic god, who is no god at all, you are to be silent in public schools, court rooms and even in some churches. Christians in the Roman Empire faced similar tests. The government wanted them to say that Caesar is lord. This wouldn’t be so hard would it? Isn’t Caesar the Lord of the political realm? Isn’t the church life sacred and political life secular? Could you not affirm Jesus as Lord of the Church and Caesar the Lord of Rome? Christians who did not compromise with such a dualism were put to death or exiled like John was.

Biblical Christianity is systematically being removed from this continent. We are a politically and culturally incorrect 12 letter word.

Consider the following statistics. In 1940, it was reported that over 60% of the Canadian population went to either a Roman Catholic, Protestant or Orthodox church. In 1996, it was reported by an Angus Reid poll that it is 17%. This number has dropped from over 60% to 17% in 55 years, or almost a generation. If these were business numbers, if your sales and profits dropped so much over a 55 year period, you would be bankrupt by the turn of the century.5

George Rawlyks, in his recent book Is Jesus Your Personal Saviour: In Search of Canadian Evangelism in the 1990’s, estimated according to Angus Reid polls that in 1993, 16% of the church attenders were evangelical. However, if only 17% of all attenders go to church in 1996, the number of evangelicals must be dropping.6

Is the trend reversing? The answer of sociologist Dr. R. Bibby, in his study on the United Church and Baptist Church, is no. It is obvious to all of us that the Anglican, Presbyterian and United Church are losing numbers. But Dr. Bibby shows that the Baptists, who are said to emphasize evangelism, really grow through the “circulation of the saints,” more so than through evangelism.7

Church attendance statistics do not determine orthodoxy. Sometimes increased church attendance is related to orthodoxy, but this is not always the case. One of the largest churches in the world, the Roman Catholic Church, is not noted for its Biblical orthodoxy. Is there a better standard than church attendance to know how Christ is present among His congregations on this continent? Revelation 2 demonstrates a criterion which the Lord places before the church. This will be the subject of our next article.

It is my observation that Christian orthodoxy is waning among Canadian and American evangelicals. There is an absolute need for God’s intervention. Apostasy, the negation of the truth about God, is manifesting itself in the church, society and government at an alarming rate.

1. Apostasy has set into Roman Catholic, Orthodox and mainline Protestant church hierarchies. True ministers are not allowed to preach freely and openly the whole counsel of God; discipline is selective if practiced at all, ordination vows and church confessional standards require a negation of Biblical truth in the areas of the Biblical view of God, devotional practices, taking of vows and worship practices. The tolerance of calling God “mother,” “Sofia” and pagan god names such as Allah, is commonplace. Spirit channelers, devotion to Mary and the saints in the afterlife, and ritualistic prayers are wide-spread. Vows are made which bind the conscience and practice concerning unbiblical traditions such as papal authority, women pastors and unregenerate church leaders. The Sunday worship has been taken over by a series of “isms” including traditionalism, emotionalism, pragmatism and managerialism. One has to travel far and wide to find congregations where God is being worshiped in Spirit and in truth (John 4:24). Thank God, they are to be found, and most are praying for revival.

2. Apostate culture has become entrenched in many churches. This is seen in the Christian tolerance of abortion, divorce, homosexuality, materialism and other matters. The failure of local congregations to discipline worldliness demonstrates that the world has taken over the church.

3. Apostate government is intimidating the church. It is becoming politically and legally incorrect to stand for an exclusive God, absolute truth, the Ten Commandments and the commission to evangelize and serve. The 1982 Charter of Rights in Canada codifies both the freedom of religion and, as of 1996, the freedom of sexual orientation (perversion). Christians seeking to stop the advances of criminals, sexual perverts and haters of Christianity find it increasingly more difficult.

The book of Revelation identifies the anti-Christ religion, society and government (Rev. 12–14). These principalities and powers have historically existed prior to our day; however, they are increasingly becoming part of “Christendom” in Canada. CONCLUSION

The realization that we are totally dependent on God’s intervention is not a position of cowardliness. Rather, spiritual humility as exhibited by the apostle John (who was in the Spirit on the Lord’s Day) or in the original apostles who were gathered in the Upper Room, is the greatest position of the Christian Church to be in. Revival comes from God alone and we must plead for it from Him.

In the next article we will see that God has spiritual means by which to revive His church.

3. Dr. Martin Lloyd Jones, a British theologian, refers to Christian revival as “a time of unusual working of the Holy Spirit” The unusual working is an extension of the normal or normative working of the Spirit (Martin Lloyd jones, Revival) Dr. John Armstrong, a Baptist theologian, editor of the timely magazine Reformation and Revival, speaks about revival as “God’s extraordinary usage of ordinary means.” By “means” he refers to preaching, teaching, personal and communal prayer and ethical living (John Armstrong, “The Holy Spirit Working in Revival” By My Spirit). Dr. Ian Murray in his book Revival and Revivalism, speaks of revival in terms of “times of spiritual prosperity…a heightening of normal Christianity” (Ian Murray, Revival and Revivalism). Reformation is best characterized by how the Reformation started. Luther, the Augustinian monk, discovered through his study of the Bible, that the “just shall live by faith” We are justified, not in our own righteousness, but only by believing in the righteousness of Christ. Luther understood that the Word was the highest authority about God that God had given. So, when the church and civil authorities put Luther on trial at the Diet of Worms, they tried to force him to recant his beliefs and writings about the Bible. Luther knew that refusal to recant would result in certain death. Yet, he said that he could not go against his conscience or the clear teachings of the Word, “so here I stand, God help me.”

6. George Rawlyks, Is jesus Your Personal Saviour? In Search of Canadian Evangelism in the 1990’s (McGill Univ. Press, 1996)