The foreign mission work of the Christian Reformed Church is booming. An effort of some 150 workers, financed by an annual operating budget of 1 1/4 million dollars in ten different parts of the world calIs for thanksgiving that the Lord has so prospered the work. Yet some of us who have had to be in close contact with it see some features of this growth with serious misgivings. We see decisions made that will greatly increase the costs of the work, but which, instead of really helping it will in the long run seriously curtail it. In our management of this mushrooming enterprise we seem to be drifting off course because we are losing sight of a teaching of God’s Word that we were learning ten years ago. That teaching was that a healthy mission program must be “indigenous.” Let us recall that lesson. 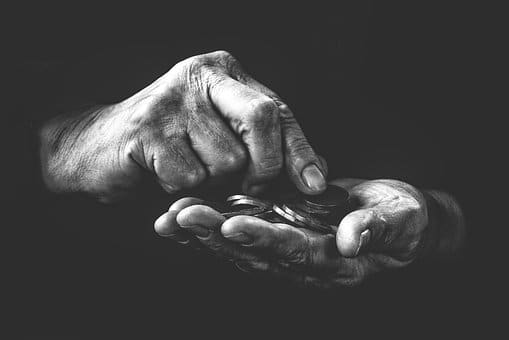 In all of our earlier missionary efforts, we, like most other Churches, tried not only to teach and preach the gospel and to organize converts into churches, but also built Church buildings, provided schools, and further helped the new churches by paying their ministers and teachers. We thought that as the new churches grew we might stop giving such help and that they would then do their own work and pay their own way. The trouble with this theory was that when we worked among people who lived on a much lower living standard than our own and began to give them various kinds of help, they did not have to learn to help themselves but came to depend upon us indefinitely. Our help, therefore, really hindered the development of a healthy church, and its never-ending expense and other demands kept us from extending the gospel witness in other places.

This “older” way of managing missions was in sharp contrast with what we are taught in the Bible. In a little more than ten years, the Apostle Paul, for example, without putting up any buildings or paying any money to “help” converts, established many churches in vast areas of Asia and Europe. When we took over our African mission field we for the first time took over a work that was deliberately planned to follow this teaching and example of the Bible. It was “indigenous.” The word means “native” and in missionary literature refers to a way of working which from the beginning trains converts to form self-propagating, self-governing, and self-supporting churches. The missionary s imp I y preaches and teaches the gospel. He does not put up church buildings or give financial help or salaries to converts. He leaves the putting up of buildings and supporting local preachers and teachers to these Christians. The problem, so difficult under the old system, of getting the churches to become self-supporting, does not arise because they are never taught to be anything else. The missionary concentrates on being a missionary, and money given for missions is actually spent on missionary work rather than on never-ending “help” or expensive buildings which may turn out to do little real good. The remarkable success of the gospel in the Nigerian field under this method led our church to rethink its mission methodology and to resolve to move toward this approach to missions in all of its work. It was biblical; it made sense; and it worked!

WHAT HAPPENED TO THE PRINCIPLE IN PRACTICE?

Would this wise decision of several years ago be carried out? That was the critical question. The field in which the question was first really faced was Japan. When our Synod decided to begin work in that country a decade ago it did so with the understanding that the new work would be “indigenous” and therefore, we hoped, less frustrating and expensive than our other missionary ventures had been. The Mission Board tried to carry out that decision by setting up a “mandate” which listed some rules for a truly indigenous program, and the missionaries who went out agreed to work under it. Some of them were critical of the idea, however, and brought pressure to bear on the Board to give them the right to give greater help to converts and to erect buildings for them. Last year the Board finally weakened, and recommended that the Synod make the requested change. The Synod decided to leave the mandate as it originally was, stating on this point, “This means that we shall build no churches or chapels and give no semblance of a purpose as the mission to settle on location but rent halls or devise other means of assembly,” but added this insertion: “Exception to this rule shall be permitted only where urgent need is proved and with the understanding that the emerging Japan Church body shall agree to repay the cost for the building.” The principle is still nicely stated, but each place where missionaries work becomes an “exception.” We find that after a decade of work this field that was to have been “indigenous,” and therefore more economically and effectively managed, now has a 1961 operating budget of $137,900 for nine missionaries, proportionally one of the highest in our whole missionary program, and we will now pay many extra thousands of dollars for chapels for the Japanese Christians.

If the building of these chapels could be expected to help spread the gospel, there might be an argument for building them. but one of the missionaries some time ago has pointed out that building them would probably have the opposite result of restricting the spread of the gospel. The reason for this is that if there are no great financial investments involved a missionary may work in several places, but if we are to put a chapel wherever a missionary works at all regularly, spending $7,000 or more on each. we cannot afford to build more than one or two for each missionary! A development like that in our Nigeria field where 34,118 Nigerians meet every Sunday in 586 places of worship (more than the total number of our churches!) is simply made impossible by our decision to help build the churches!

In other respects too there are obvious indications that our Japan work is drifting off course. In beginning work in Japan our announced intention was not to subsidize in any way the Reformed Church of Japan. Yet we early began to make an annual contribution to the running costs of its Kobe Seminary. This has been justified with the argument that we hired some of the students trained at that school. These contributions have been increased from time to time, until this year our Synod confronted a request that we not only make an annual $800 gift to the running expenses of the school but also undertake to pay $1,000 per year toward the salary of a Japanese professor and contribute an extra $1.700 toward a home for him. In all this we are not just helping a church arising on our field but committing ourselves to pay indefinitely regular bills of a church which did not even arise from our work! It seems obvious when we consent to such actions that we are leaving the “indigenous” ideal far behind, and no one should be surprised if mission expenses continue to skyrocket while our missionary witness is not correspondingly increased.

It ought to be observed further that the effects of such decisions as these are not limited to Japan. The working policy for that mission is being taken as a precedent to determine what will be done in other fields. The Formosa mandate is being patterned after that of Japan and in Cuba money was loaned for a chapel because the same had been done for Japan. Policies that interfere with the spread of the gospel in one field may, therefore, be expected to have the same effect in others. Even in the large Nigeria field, where the indigenous ideal was so firmly established before we took over the work, its foundations are being eroded, partly as a result of what we are doing in the case of other missions. The Synod of 1960 was asked to agree to support national Christians who are studying for the ministry in both Japan and Nigeria and it did so. In Nigeria when the church was smaller we did not give such help. Should we begin giving it now when the church is becoming so large? If we even begin to support men when they are studying for the ministry, how can we refuse later to pay their support when. having completed the study, they go into the ministry? And if we start to pay local ministers, what is left of the indigenous principle of self-support?

Again, requests came to the Synod to authorize gifts for buildings of the T.C.N.N. and for the building of a $33,000 Tiv Bible school. The latter school, a Nigeria missionary informed us, was originally planned as a national church project. There is also another $200,000 hospital project under discussion. We are grateful for our expanding mission program and for the churches that are springing up out of it. We pray for the continued success of the work. We can sympathize with missionaries who, facing an obvious and immediate local need, feel that the most expeditious way to meet it is to appeal to the church at home for more gifts. But a concern for the long-term interests of the new churches and for the widest possible extension of the missionary witness demands that we do not give in to every appeal for help. We must get back to the lesson the church was beginning to learn about how God through his Word teaches us he would have his witness carried out. Failure to observe that lesson threatens to hurt rather than help the progress of the gospel.