When during World War I the first Negro soldier arrived at the Western Front and when Lenin, father of Bolshevik Communism, ascended the Czar’s throne, a new chapter opened in the history of Europe. The Age of Europe was closed. Everywhere colonies became independent and Communism announced its claim upon the whole earth, monopolizing the former mission of the Christian West. As a result today’s Europe is in the grip of two great fears: one racial and the other sociological. The former attacks her from all parts of the world, the latter threatens from the east. We can call the former Racism and the latter Communism. The most tragic element in this new epoch is that when finally the world could become one unit at the same moment it splits into two halves: Christian and Communistic.

What is the cause of this situation? According to our historical point of view, nothing less than the negligence of the secularized Christian West, which forgot to fulfill its Christian calling: “Go ye therefore, and teach all nations…” Through this unfaithfulness a spiritual and political vacuum was created in which such diseases could develop as Nazism and Communism.

Communism is not merely Eastern, it is also Western. It is nothing else than an illegitimate child of an antiChristian and the materialistic-minded bourgeois class. It is the most logical product of secularized Christianity.

Therefore we have to add that in the final analysis Communism is not the disease but rather the symptom of the sickness of our Western culture and spirit. It will never be overcome unless we eliminate the cause of its rise, which is our un-christian behavior in human relationships. Should we ever succeed in erasing the Soviet Union from the face of the earth, the root of the sickness would still remain. 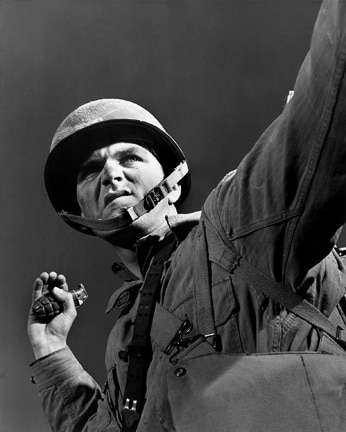 THE DECAY OF CHRISTIANITY AND CHRISTIAN CULTURE

The generating and unifying force in Western, that is, European culture has been the Bible. In antiquity the Bible and the ocean rocked her as a child is rocked in a cradle, and later in Christianity she reached her maturity.

We need not be great theologians or historians to know and understand that where and when a new religion is born, there and in that moment a new culture is conceived. This happened when the Gospel was revealed and proclaimed in the time of fullness, because at that historic moment Christian culture, the nucleus of modern European culture, was also born.

If this is true, then the opposite also must be true. For example, if I drain the water of a creek by stopping up its source, the creek loses its identity. The only source of our Christian culture is the Bible. Restore it to our drained Western world and the symptoms of our disease will disappear. Why? Because it is a well-known law that we can preserve an institution or a society only if we retain the forces by which it once was shaped. If we change these forces or law we shall also immediately destroy the whole cultural cycle. Exactly this happened with our Christian world. Therefore restore its only source, the Gospel upon which it was founded, and we can save our inheritance.

Our days need a positive Christian attitude. Negative attitudes, denials and refusals are not sufficient; moreover, a constant negation of something is not a Christian attitude. It is ineffective simply to reject godless Communism and continue on our self-satisfied course. It is vain to fight with half-truths against the lie, as we do in our own days. As it is out of the question to maintain a democracy without real democrats, likewise it is impossible for a Christian world to exist without real Christians.

In this connection we do well to remember a recent statement by Prof. John H. Kromminga: “If Christianity is a constant quality of the soul, we do constantly challenge our unchristian world, making with it not a compromise, but ‘an aggressive contact.’”

These lines we must mention in advance, before we turn our criticism now toward the Presbyterian Assembly which recently announced its readiness to make a compromise with Communists, whose basic teaching is: “There is no God.” Under the heading: “The Threat of the Nuclear War” the General Assembly, 1958, of the United Presbyterian Church of the United States of America called for a policy of co-existence with Communism, saying: “In this nuclear age the alternative to co-existence is co-extinction.”

Our Presbyterian brethren are advising a compromise with these atheistic communists, a so-called peaceful co-existence on the ground that otherwise we shall perish in an age of atom-warfare. This amazing church-declaration discloses two factors:

First: Our Presbyterian brethren do not understand the real nature of Bolshevik Communism.

Secondly: We forget the commandment: “Do not be afraid of those who kill the body but cannot kill the soul.” That is, man is fearless if he is a Christian.

As to the first point, the Communist leaders will not and cannot make any compromise with faithful Christians. They will compromise only with those who accept their ruthless goal: the one indivisible world under Communist rule. Therefore logically we cannot follow those who want us to come to agreement with a militantly atheistic power. We do not recognize them as acceptable representatives of Christianity.

Why is our statement so positive? Marxian Communism, after a hundred years of its development under a Slavic messianic influence, has changed into a “new religion.” And it is most paradoxical that at the same time that it is destructively anti-religious, it formulates its own “religious dogmas.” To call this “religion” may perhaps be objectionable, but in fact it has all the characteristics of religion. For example, it advocates a way of life on the basis of certain doctrines. It has a sacred book: Capital, by Marx. It has a prophet, Lenin; a priesthood, the Almighty Party. It even has its “martyrs” who were executed abroad as subversives; and its “heretics” like Tito and Imre Nagy and Paul Maleter, the revolutionary leaders of Hungary.

This Bolshevik Communism today is the most reactionary oppressor and is nothing but a new form of ancient Pan-slavic nationalism. But it holds out a false promise to the common man, a “salvation.” It promises an end to all the troubles, wars and fears of the world. But having rejected God, Communism summarily disposes of the spiritual nature of man, for in its philosophy the individual has no significance. This de-humanized man is the ideal communist, who can lie, cheat, and kill. Communism is an active system of belief which must eventuate in the destruction not only of all religion, but of all Christian morality and truth. It uses every devilish device known to man to take over the earth. One of these devices is its propaganda for peace and coexistence.

Regarding the second factor, namely the fearlessness of true Christians, the suggested compromise discloses again, not that Bolshevik Communism is strong but that we “Christians” are weak. We forget God’s plan for the consummation of all things. We seemingly want to remain forever on earth and we are unwilling to die for our faith, the faith of Christian martyrs. Out of this fear rises the idea of peace at any price. We have to evangelize instead of compromise and emulate our Christian fathers who refused co-existence with ancient paganism.

NO PEACE WITHOUT FREEDOM

Peace with whom? Do you want peace with de-humanized Bolshevik Pan-slavism? Then you must want war with half of Europe, with the 100 million captive Christians. For behind the Iron Curtain a constant civil war is going on between the Party and the people, as the recent Hungarian revolution revealed again. Or do you want peace with half of Europe? Then you must want war with the Party leaders ruling over these captive nations.

What does “peace” mean is another aspect of the question. Many people are confused today about this question. They think that to have peace consists of being left in peace. This is false. We cannot make peace with any human group that has no peace within itself. We cannot make peace with part of a unit which is at war with the other part, because in that case, in making peace with one part we make war on the other part. That is, peace is not a negative state if we think of it in Christian terms. Peace is not inactive, not passive. Peace is an active state, an activity in a group in which everybody consents to the activities of the group. And therefore, since consent implies free will, the root and basis of peace is freedom. How can we now make peace with Bolshevik Pan-slavism, in which there is no freedom and hence no peace?

Our only positive answer could be now: first freedom in Christ, and then peace with my neighbors on both sides of the Iron Curtain. Only coexistence with death is possible in such a society where there is no freedom and peace. This was proved recently in the Hungarian revolt which, according to Djilas, is “perhaps no less meaningful than the French Revolution” because…“a new chapter began in the history of humanity with the Hungarian revolution, which placed on the agenda the problem of freedom in a Communistic society.”

If somebody wants to realize how such a “living-together” looks, we can point to our Hungarian Freedom Fighters, who arrived here recently. After ten years this new generation, the generation of the Iron Curtain, shows us the de-humanized victims who are practically illiterate of Christian principles, truth, and morality. They are living witnesses to that proposed future of compromises which will blanket the earth in such a “peaceful co-existential way of life.”

We remind our Presbyterian brethren that we are not to come to terms with this world, we are to challenge it. We are not to adjust ourselves to this “new religion’” for it is sick and out of joint. There is a false peace on their lips, which is only a temporary solution of the real problem of the alienation of our life from God on both sides of the Iron Curtain.

How can such an un-christian compromise be advised by church-leaders, who have once received the word: “Be thou faithful unto death”? How can we forget the message of the Unknown Freedom Fighter in Budapest: “It is better to die for Christ than to live in a godless world.” Who gave his life for our liberty and peace on that fateful October day? Are we Western Christians ready to share only their triumph but not their struggle?

O brethren, beware of co-existence! I once stood before the Communist judges and said: “Judges, beware when you give your decision; the living can always forgive, but the dead will accuse you forever.”

By our compromise we want to sentence to everlasting captivity those 100 million former Christian people behind the Iron Curtain, in the name of Christian solidarity. The dead are already accusing us.

But what is the solution if we do not want either a co-existence with Communists or an atom war with them? The only answer once again is Christ. Give back to this emptied world the only source of its culture, the Gospel. That is the third way: be Christian on both sides of the Iron Curtain, and “Be not afraid, but speak and hold not thy peace.”