Key Verse: “The secret of the LORD is with those who fear Him, and He will show them His covenant.” Psalm 25:14

Human dignity is a fragile and precious commodity. Someone who once carried herself with the bearing of royalty can be reduced by disease to little more than a wrinkled shell. Many adult children grieve with once strong parents who suffer the indignity of a body that no longer functions with control. We should be bothered by the indignity of homelessness, of addiction or of war.

These verses address a situation where we might suppose a person had lost any claim to dignity: being found guilty before the law. But precisely here the LORD provides protection to the criminal by prescribing a maximum punishment. The limit is forty lashes.

By the time ofJesus and Paul, the Jews guaranteed that they would never violate this divine requirement, by imposing the limit at thirty-nine lashes, or forty-Iessons. The apostle Paul received this punishment from the Jews at least five times (2 Cor. 11:24).

First, limited authority is necessary because of sinful human nature. Power can be like a drug, seducing those who have it into believing they are accountable to no one. Abuse of power, strength and position robs the weak and helpless of dignity. Second, limited authority is also merciful. Respecting dignity permits the wrongdoer eventually to recover his position in society, among his peers. This applies to children, students and criminals alike. (Question 1)

Third, limited authority testifies to a higher source. When they exercise authority over others, parents, teachers, elders, ministers, police officers and judges must remember that their authority and power come not from within, nor from below (“the people”), but from above.

Remembering each of these lessons helps those in authority respect the dignity of those in their care and under their supervision.

Nowadays the phrase “animal lover” carries a bit of a sting. Along with “tree hugger,” the term is usually applied to environmental zealots. In the view of many, such zeal for plants and animals can be at the expense of legitimate use of these in service to human living.

“You shall not muzzle an ox while it treads out the grain,” the LORD commands. The farmer’s ox would walk all day long across the threshing floor where the grain was spread out. In the interest of efficiency and profit, a farmer might be inclined to put a muzzle over the ox’s mouth to prevent him from stopping now and then to satisfy his hunger. Don’t do that, the LORD says. For that is no longer dominion, but exploitation.

“A righteous man regards the life of his animal, but the tender mercies of the wicked are cruel,” says Solomon (Prov. 12:10). Paul applies this verse to the congregation’s duty of providing for gospel ministers (I Cor. 9:9; I Tim. 5:18).

Elsewhere the apostle makes a similar application of an Old Testament prohibition to the congregation. In 2 Corinthians 6:14–16 he pleads against being unequally yoked with unbelievers on the basis of Deuteronomy 22:10, “You shall not plow with an ox and a donkey together.”

We must resist concluding on the basis of these apostolic applications that God wasn’t concerned primarily with animals after all, but just with people. As their Creator, God loves animals, provides for them and sustains them. As image-bearers of God, so should we. (Question 2)

Levirate marriage was practiced in Jacob’s family long before this time (see Gen. 38). It is given legal authority in the covenant here in Deuteronomy. This legislation consists of two parts: (1) rules for the marriage and (2) rules governing exemption from levirate marriage.

The law required a man to accept responsibility for his deceased brother’s childless wife by marrying her and providing his brother with posterity. The firstborn male would be considered son of the deceased brother, would carry on his name and inherit his property. In addition, since God had promised Abraham that the covenant promises were made to him and his descendants, covenant continuity required the protection and provision of a posterity. Levirate marriage served the covenant.

But what if the deceased man’s brother refused to marry the widow? The elders (court) were to hear the widow’s complaint and the brother’s defense. Refusal was most likely for the sake of personal gain, in hopes of inheriting the deceased brother’s estate. Judgment for such refusal was the community’s disapproval. Removing his sandal indicated that the man had abandoned his duty, which deserved the shame signified by the spitting.

There is something especialIy Old Testament-ish about these regulations. Both childbearing and childlessness were understood in terms of the anticipated Messiah. To be childless was almost to be excluded from salvation joy (recalI Elizabeth’s words: “Thus the Lord has dealt with me, in the days when He looked on me, to take away my reproach among people” Lk. 1:25). In fact, the New Testament relates only two birth stories, those of John the Baptist and of Jesus. After Christ came, childbearing and childlessness take on a new meaning. The continuation of our name is secure in our risen and ascended Savior, Jesus Christ, whether or not we have children to follow us. (Question 3)

The situation described in these verses is not strange to modem ears. Imagine a mugger approaching you in a dark alley, with nobody around to intervene. These verses forbid a wife defending her husband by grasping his assailant’s private parts. If she does, her hand must be cut off.

Although the goal or end in view was certainly admirable (rescuing her husband), this particular method was impermissible. But the reason why is not clear.

There are two possible reasons. The first involves the loss of feminine modesty, which in any culture usually signals that society’s imminent demise. A second reason relates to Israel’s character as a covenant community. The earlier prohibition regarding a eunuchs and illegitimate children (Dt. 23:1–2), together with the ritual of circumcision and the redemptive purpose of procreation within Israel (conceiving children for the sake of the coming Christ), alI emphasized the sacredness of the sexual organs. This method of (self-)defense in Israel showed disrespect for the covenant.

False weights and measures were used for one purpose: exploiting the customer or client. When buying, the merchant might use a large weight to get more than he paid for; and when selling, he would use the smaller weight in order to dispense less than the customer paid for. Merchants must operate in both buying and selling with only one set of weights of legal dimensions. (Question 4)

For the background to the exhortation of these verses, read Exodus 17:8–16, where we learn of Israel’s encounter with Amalek at Rephidim. The Amalekites were a repeated, constant source of affliction to Israel, especially because of their military tactic of picking off straggling women and children at the rear of Israel’s company. Notice that the text says emphatically: “He did not fear God.”

So despicable was the Amalekite harassment that the LORD instructed Moses: “Write this for a memorial in the book and recount it in the hearing of Joshua, that I will utterly blot out the remembrance of Amalek from under heaven” (Ex. 17:14). The extermination of the Amalekites was part of Israel’s unfinished business that she was to take care of once she had entered Canaan.

Our lesson title provides a theme under which to gather the diverse instruction of Deuteronomy 25: Fearing the LORD and Covenant Dignity. Fearing the LORD (which is equivalent to keeping His commands) is the source and guarantee of dignity in human society—the dignity of criminals, of employees, of family and of the marketplace. Covenant dignity among believers roots in atonement with God through Jesus Christ. Cultivated through the Holy Spirit’s continuing application of Christ’s work to the church’s life, this dignity displays the fruits of peace, gentleness, mercy and goodness toward God and one another. 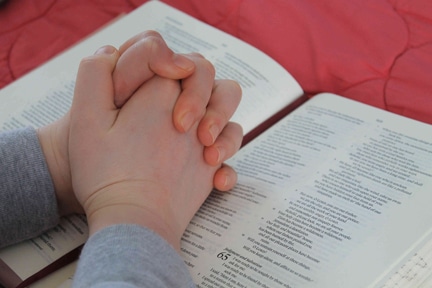 1. Identify several modern methods of punishment and/or discipline. Are these merciful, or do they tend to rob the person of dignity? Mention forms of child discipline that preserve dignity.

2. Mention modern ways of exploiting animals. How can we determine whether animals are being used properly or are being exploited.

4. Some people today insist (1) that government-controlled inflation leads to devaluing national currency, and (2) that this is equivalent to creating a “false-measure.” Do you agree? How can nations keep a stable currency?