Key Verse: “But you are a chosen generation, a royal priesthood, a holy nation, His own special people. that you may proclaim the praises of Him who called you out of darkness into His marvelous light; who once were not a people but are now the people of God, who had not obtained mercy but now have obtained mercy.” Matthew 22:37–40

Miscellaneous laws for the LORD’s congregation

In our last lesson we saw that this part of Deuteronomy contains an assortment of regulations whose unifying theme is difficult to discern. We shouldn’t force these laws into a particular framework unless the text itself provides one. In spite of the diversity of laws, however, we can still listen carefully for the gospel teaching given to the Old Testament church. One important guideline for interpreting and applying these and other Old Testament laws is to recognize that Israel was “church” and “state” at the same time. These spheres of authority and activity were occasionally distinguished in the Old Testament, but never separated.

But in the New Testament that relationship has obviously changed. Church and state are differentiated, for example, in the trial and crucifixion of Jesus Christ (otherwise, why was the help of the Roman governor Pilate enlisted?). Paul urges the church in Rome to be subject to the pagan state whose authority comes from God Himself (Rom. 13:1ff.). Similarly, Peter reminds his readers to submit themselves for the Lord’s sake to every human institution, including the king and his governors (I Pet. 2:13ff.).

This New Testament differentiation between church and state is significant for applying Old Testament covenant legislation today. The phrase “people of God” refers no longer to an ethnic nation, but to the congregation gathered in faith by the Word and work of the Lord Jesus Christ. The church of Jesus Christ is the New Israel. Consider our key verse for this lesson, and remember that the “you” refers to those who by faith are in Christ. Being “inside” and “outside” is now defined and determined not on the basis of physical descent or ritual, but by spiritual faith and confession. (Question 1) 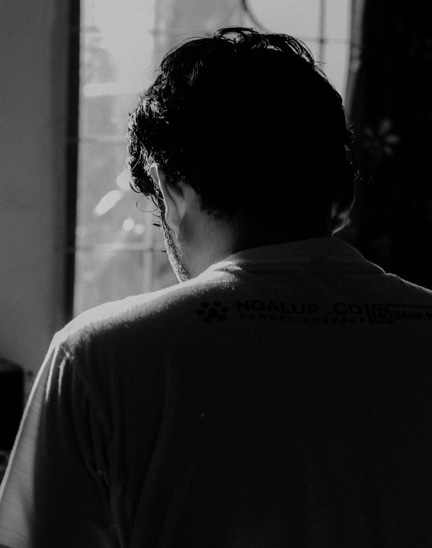 Notice that the LORD did not ban eunuchs from the land of Israel or exclude them from the covenant, but only from Israel’s worship gatherings (v. 1).

Among ancient pagans eunuchs served prominently as religious functionaries and palace attendants. But in the presence of the LORD (Yahweh), who was the living God (cf. Deut. 14:1–2), there was no room for a human “dry tree” (cf. Isa. 56:3).

Similarly, no one born of an incestuous or immoral relationship (“bastard,” KJV) was allowed into the LORD’s presence. Nor were any of his descendants ever granted entrance into Israel’s worship gatherings (“tenth generation” probably means “forever”).

No descendants of Ammon and Moab were permitted to participate in Israel’s worship, since they were all of illegitimate birth resulting from Lot’s incest (see Gen. 19:37–38). Moreover, the Ammonites had refused Israel bread and water as she made her way to Canaan, while the Moabites had tried to get Balaam to pronounce a curse upon Israel.

In contrast to these prohibitions, the LORD next permits Edomites (descendants of Esau) and Egyptians to participate in Israel’s worship. The only restriction was that these immigrants were granted access after the third generation, by which time their interest in joining Israel would have been shown to be genuine. It seems clear that these regulations function symbolically or pedagogically within Israel. The lesson was not that emasculated men or children of illegitimate birth were inherently unredeemable (remember, they weren’t excluded from the land or the covenant).

We know from prophecy (Isa. 56:1ff.) and history (Acts 8:26–40) that eunuchs would be and were included in the New Testament church. Rather, the LORD sought to teach His people that worship of Him as the living God required living worshipers—people whose bodies and backgrounds bore witness to the capacity for life. This physical capacity symbolized a spiritual reality: God is a living spirit, and those who worship Him must worship in the (spiritual and truthful) power of life. (Question 2)

For help in understanding these verses read Leviticus 15, where these prescriptions are applied to the entire people of Israel. Here the LORD is concerned specifically with Israel’s army. The general principle appears in verse 9: “When the army goes out against your enemies, then keep yourself from every wicked thing.” Remember the covenant, especially in wartime, when it is so easy to excuse lawlessness!

We learn the motivation in verse 14: “For the LORD your God walks in the midst of your camp, to deliver you and give your enemies over to you; therefore your camp shall be holy, that He may see no unclean thing among you, and turn away from you.” Holiness, not hygiene, was the reason for these precepts. Covenantal holiness (that is: living in the LORD’s presence) requires modesty with regard to bodily functions. This military modesty distinguished Israel from her neighbors:

“You shall not give back to his master the slave who has escaped from his master to you. He may dwell with you in your midst, in the place which he chooses within one of your gates, where it seems best to him; you shall not oppress him.”

These would not have been Israelite slaves, since the LORD had given other laws to govern the master-slave relationship in Israel. Rather, these were foreign slaves who sought refuge among the LORD’s people. Very likely Israel would have employed a judicial process to evaluate the circumstances and background of such slaves, rather than simply opening her gates to all kinds of refugees.

Notice the emphasis on freedom in three directions: freedom from his master, freedom of residence within Israel and freedom from oppression. This divine ordinance makes three declarations, one each to the surrounding nations, to the slave and to Israel.

To the surrounding nations, for whom slaves represented property and an economic investment, this divine precept against deporting refugee slaves back to their owners declared that the LORD, and He alone, was the Owner of all men.

To the slave the LORD proclaimed redemption, freedom forever, simply for having made it across the boundary into Israel.

And to Israel the LORD’s law foreshadows the time when “slaves” from every tongue and tribe and nation would find “asylum” and freedom in Zion—through the work of Jesus Christ and the Holy Spirit. What we know today as Pentecost was in fulfillment of this Old Testament regulation! (Questions 3 and 4)

Next the LORD forbids His people from charging a poor fellow-Israelite interest on any kind of emergency loan (money, food, grain). The LORD does not forbid taking interest from all fellow-Israelites, but only from poor ones; this is seen from parallel passages (Ex. 22:25–27; Lev. 25:35–36) and from Christ’s parable of the talents (see Mt. 25:27). This Old Testament provision is radicalized by our Lord Jesus Christ:

And if you lend to those from whom you hope to receive back, what credit is that to you? For even sinners lend to sinners to receive as much back. But love your enemies, do good, and lend, hoping for nothing in return; and your reward will be great, and you will be sons of the Most High. For He is kind to the unthankful and evil (Lk. 6:34–35; see Mt. 5:43–48).

In this new age of full salvation, our love and kindness may not be dished out according to distinctions between Jew and non-Jew or between insider and outsider. Like our heavenly Father’s gifts of rain and sunshine, our compassion must be non-discriminating.

The Heidelberg Catechism echoes this in its explanation of the positive requirement of the eighth commandment: ‘That I further my neighbor’s profit where I can or may, deal with him as I would have others deal with me, and labor faithfully that I may be able to relieve the needy” (Lord’s Day 42, QA 111).

The LORD never required vows from His people as an expression of their devotion. But if anyone made a vow or promise to the LORD, he had better pay it on time. Making a vow was a matter of choice; paying off a vow was not.

One of the lessons the LORD is teaching is the value of human promises. Because He is a God who keeps His word, so His people must be a promise keeping people. Even worship at the sanctuary can be defiled by this sin of omission (see Eccl. 5:1–7). The essence and character of the covenant are at stake here, so that sloppiness and tardiness betray disrespect for that relationship.

In verse 24 the LORD permits passers-by to eat their fill of grapes or grain from another’s vineyard or field. But there is a limit: don’t begin harvesting your neighbor’s crop! Leave the basket and sickle home.

This regulation was not designed first of all to help the poor among Israel (for that, see Dt. 24:19–22). Rather, the LORD is encouraging among His people a cordial hospitality, a sensible freedom in using things that “belong” to a neighbor with a willingness to reciprocate when he is in need. “Do unto others as you would have them do unto you.” How much animosity (and litigation) people could avoid if they practiced such good sense!

The mark of a virtuous society is the ability to practice generosity. Unfortunately, all of us learn early in life that there’s no such thing as a “free lunch”; there’s always a quid pro quo (something for something). People who always watch out for those who might take advantage of them don’t have time to be generous. Nor do those who are quick to invoke their “rights.” Fortunately, it doesn’t have to be that way in Christ’s church! (Question 5)

3. Israel might not kidnap slaves of foreign neighbors, but only grant asylum to those who voluntarily sought refuge within her land. The New Testament church, however, is commanded to proclaim freedom to those enslaved by false religion. Explain how this difference relates to the difference between the old covenant and the new covenant.

4. In light of Question 3, explain how modem ecumenical “dialog” between supposedly Christian leaders and leaders of other (false) religions violates both old and new covenants.

5. Find some Bible passages that discuss Christian hospitality. What are the motives and who are the beneficiaries of such hospitality? Why is hospitality a genuinely Christian practice? What virtues are needed to practice hospitality?