“And Jesus, crying out with a loud voice, said, ‘Father, into Thy hands I commit My spirit.’ And having said this, He breathed His last…” (Luke 23:46)

The six hours on the cross are coming to a close. Death is at hand. Jesus has spoken several times while hanging on the cross. He has manifested concern for those who were around Him, and then He lays bare His own soul as he expresses the anguish He is experiencing. Now He speaks one more time. As He has done so often throughout His earthly ministry, and even now as He is hanging on the cross, He turns to the Scriptures and uses words taken from the Old Testament. This time He uses words found in Psalm 31:5 “Into your hands I commit my spirit.” Jesus adds a word that was so precious to Him for He says, “Father, ‘into your hands I commit my spirit.’” 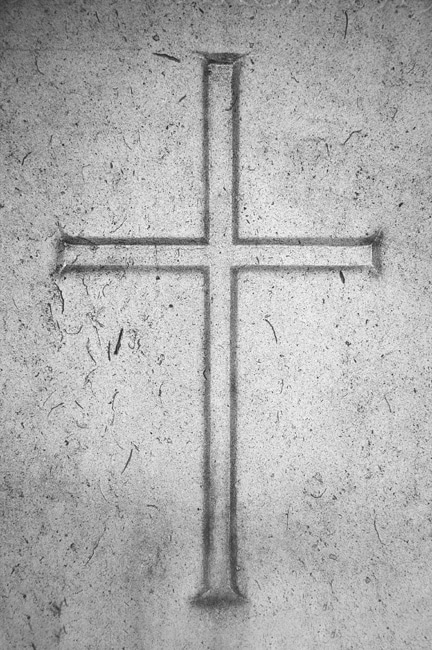 Jesus had used the name “Father” throughout His life on earth. We hear Him as a boy saying in the temple: “Did you not know that I must be about My father’s business?” (Luke 2:49). Again and again in the Sermon on the mount recorded for us in Matthew’s Gospel as well as in the farewell discourse found in John’s Gospel, we hear Him using the name “Father”. In the High Priestly Prayer recorded for us in John 17 we find Jesus referring to His Father. As He agonizes in the Garden of Gethsemane He cries out, “Father, if it is your will, take this cup away from Me, nevertheless, not my will but Yours be done” (Luke 22:42). The use of the name “Father” speaks to us of the perfect and unbroken fellowship Jesus enjoyed with His Father in Heaven even as He was faithfully fulfilling the mission given to Him by the Father. He had come into the world not to do His own will, but the will of Him who sent Him. As He faces the suffering of the cross He declares, “Shall I not drink the cup the Father has given Me?” (John 18:11). Even now, as He hangs on the cross, He turns to His Father, praying, “Father, forgive them, for they do not know what they are doing” (Luke 23:34).

But then something happens. That fellowship is broken. He who came as the Good Shepherd to lay down His life for the sheep had to bear the full wrath of God against the sin of His people. As divine justice is met, God withdraws His favor from the Son who is doing His Father’s will, and our Lord cried out, “My God, My God, why have you forsaken Me?” (Matthew 27:46).

But the anguish is now past. The cup has been drained. The storm of God’s wrath is past, and so the Savior prays: “Father, into Your hands I commit My spirit.” What a contrast! Earlier we hear that Jesus predicted His death as He declared to His disciples, “The Son of Man is about to be betrayed into the hands of men, and they will kill Him” (Matthew 17:22,23). The angel on Easter morning referred to this as he said, “He is not here, but He is risen! Remember how He spoke to you when He was still in Galilee, saying, ‘The Son of Man must be delivered into the hands of sinful men, and be crucified and the third day rise again” (Luke 24:6, 7). And that is what happened. He could have called twelve legions of angels as He once reminded His disciples, but He was delivered into the hands of wicked men. Now He voluntarily commits His spirit to His Father’s care.

Earlier on the cross He had been challenged to free Himself along with those hanging with Him. Jesus declined the offer. He had come into the world to give His life a ransom for many. He had to pay the price in full for the redemption of His own, and He does. Because He paid the price, He can declare, “It is finished.” With the price paid, redemption has been accomplished and the Father’s will has been fulfilled. Now in perfect peace, the Son commits His spirit to His Father, and as the Bible says, “He breathed His last” (Luke 23:46).

Because Jesus committed His spirit to the Father, Stephen, the first Christian martyr, could say in the hour of death, “Lord Jesus, receive my spirit” (Acts 7:59). Paul boldly declares, “I am not ashamed, for I know whom I have believed, and am persuaded that He is able to keep that which I have committed to Him until that Day” (II Timothy 1:12). May we, too, because of Christ’s death and resurrection, be able to confess, “I have been crucified with Christ; it is no longer I who live, but Christ lives in me; and the life which I now live in the flesh I live by faith in the Son of God, who loved me and gave Himself up for me” (Galatians 2:20).

Safe in the arms of sovereign love We shall ever remain. Nor shall the rage of earth or hell Make Thy sure counsel vain.

Not one of all the chosen race But shall to heaven attain. Here they will share abounding love And there with Jesus reign.