The recognition of Christ’s kingship is of decisive significance for all christian living on earth. Whoever thinks that the redemption of Jesus Christ pertains only to our spiritual life, has little appreciation for Christian organization in any field of action in this material world. But he who believes that Christ has redeemed not only souls but all the universe, is even then not an enthusiastic worker to proclaim the name of Christ throughout all the world. For it is possible that such a person limits the kingship of Christ to the church, while regarding the power of the Lord in all the world unreal and without practical significance. 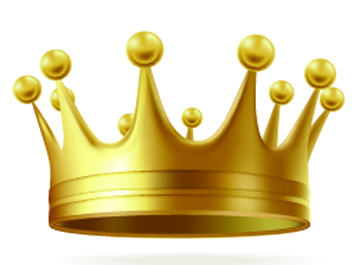 This is a case for careful discernment and for a believing and obedient acceptance and study of the truth of the Scriptures about the kingship of Christ. We will probably not deal with anything else in this first article than with the most important scriptural data.

In dealing with the kingship of Christ we mean of course the power which was given to him as Mediator and not the power which belongs to him as the eternal Son. This difference in essence is very real, although they are very closely connected. One could say, to use a fitting distinction, that the power as Mediator rests in the power of his being, for we read in Hebrews 1:2–3 of this Mediator, that he is the Son whom the Father has “appointed heir of all things, by whom also he made the worlds: who being the brightness of his glory and the express image of his person and upholding all things by the word of his power, when he bad by himself purged our sins, sat down at the right hand of the Majesty on high.”

The Old Testament contains a treasure-house of data referring to the royal majesty of the Mediator. Unto him shall the gathering of the people be (Genesis 49:10 ); he that rules over men, must be just, ruling in the fear of God (II Samuel 23:3); he shall have dominion also from sea to sea and from the river unto the ends of the earth: all kings shall fall down before him: all nations shall serve him (Psalm 72 ); God will make him his firstborn, higher than the kings of the earth, his seed also will he make to endure for ever and his throne as the days of heaven (Psalm 89:27–29). From the overwhelming multitude of examples I deliberately chose these words, which so emphatically show the universal character of Christ’s kingship: king of the nations, king of the earth, lord of the world, which God has created.

We may never forget, moreover, that the kingship of Christ not only was mentioned in prophecy and psalm, but that it was portrayed also in the theocratic reign in Israel. Every king of Israel was to portray Christ. It would carry us too far a6eld to compare and to dwell at length on this subject in all its details. Let it suffice here to realize on the one hand that the kingship in Israel as well as the nation which descended from Abraham, was meant to be a blessing for the whole world and found no end in itself. It reached out to the ends of the earth. And on the other hand we do well to remember that the ceremonial kingship was bestowed upon sinful, even of times backsliding and unbelieving men, but that it nevertheless (and just because of this) in all its imperfection pointed to the great King, who was to be Lord of lords and King of kings. In the kingdom of Christ, it would reach its final and perfect fulfillment. Such persons who in reference to the theocratic reign in Israel argue in our day for a theocratic government (which really means a church government) as ideal, make a mistake because they fail to realize that the theocratic reign in Israel had no significance in itself, but was only a shadow of the kingdom which was to be revealed in Christ himself.

The New Testament speaks of Christ’s kingship in clear terms of reality. [n him the promised king has appeared upon earth. In the annunciation the angel says to Mary, “He shall be great and shall be called the Son of the highest; and the Lord God shall give unto him the throne of his father David and he shall reign over the house of Jacob for ever and of his kingdom there shall be no end” (Luke 1:32, 33 ). Here again this must be understood even as the data from the Old Testament have proved, that this is the kingdom which should fill all the world, because the last words which the Lord spoke before his ascension were, “and unto the uttermost parts of the earth” (Acts 1:8). At the conclusion of the gospel of Matthew we find the most glorious revelation of the kingship of Christ: “All power is given unto me in heaven and on earth” (Matthew 28:18). The apostles left no doubt in their preaching that the royal dominion wherewith Jesus Christ was clothed as reward of his sacrifice for our guilt embraces the whole creation. They do not only witness to the nature of his redemption as soteriological, but equally cosmological. To emphasize this I quote I Corinthians 15:24, 25: “Then comes the end, when he shall have delivered up the kingdom to God, even the Father: when he shall have put down all rule and all authority and power. For he must reign till he has put all enemies under his feet.” And in I Peter 3:22 we read of Jesus Christ, who is gone into heaven and is at the right hand of God: angels and authorities and powers being made subject unto him. And not to mention any more; Revelation is the book, which shows us the kingship of Christ in all its fullness, that kingship by which he gathers his church together and rules over it, and at the same time brings all the world unto the fulfillment of the ages. We read in Revelation such familiar expressions as, the Prince of the kings of the earth, the Lamb, worthy to receive power and riches and wisdom and strength and honor and glory and blessing, the Lord of lords and King of kings.

Summarizing the facts which these scriptural references contain, although far from complete, we can conclude that the Scriptures teach us the universal character of the kingship of Christ without fear of contradiction. He not only rules over the soul, but over the whole human being, not only over men, but also over demons, not only over his people but over all the world.

The well known expression, used by Abraham Kuyper on the occasion of the opening of the Free University at Amsterdam, appears to be fully scriptural: “Geen duimbreed is er op heel het erf van ons menselijk leven, waarvan de Christus, die aller Souverein is, niet roept ‘Mijn!’.” (There is not an inch in the entire sphere of human endeavor of which the Christ, who is Sovereign over all, does not call: “Mine”).

This truth, which we shall speak about in a following article, will have to be the only starting point for everything we as Christians wish to plan and to bring about.