Twice per year over the last decade, a group of 75 self-appointed Bible scholars have gotten together in “The Jesus Seminar” to discuss what can be known about the man called Jesus of Nazareth. Co-chaired by retired University of Montana professor Robert Funk, and DePaul University, Chicago, professor John Dominic Crossan, this group of rebel scholars has deleted almost everything the New Testament reports the Lord Jesus as having said and done. 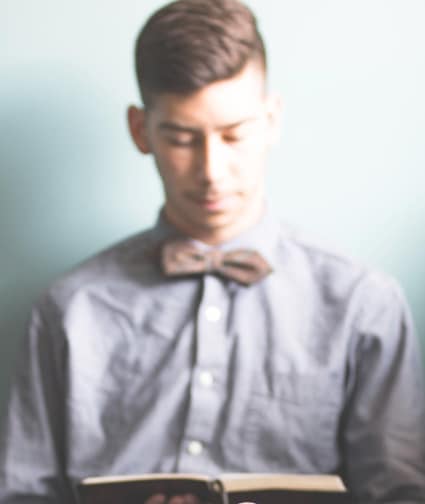 For a hundred years, New Testament scholars who categorically denied the possibility of divine inspiration and the miraculous, worked on the New Testament until there was little left. In 1926, Rudolf Bultmann, the New Testament scholar of Marburg, Germany, pleaded for a halt to the frenzied search for the historical Jesus which left the church nothing to preach. He concluded that the Gospel accounts were so unreliable that wecould know nothing of Jesus, the Jewish sage who walked the roads of Palestine almost two millennia ago. All we can do, said Bultmann, is proclaim the Jesus of faith.

Bullmann’s plea notwithstanding,. the quest continued. In the last decade, however, it has taken a tum in style. Whereas in the past the discussions were contained in the university lecture theaters and scholarly works (although the young men and women trained by the skeptics brought the skepticism to the pulpits and have slain their thousands), Funk, Crossan and their fellows are eager to popularize the quest. Funk sees it as an ethical necessi ty to let the public in on what the Bible scholars are doing. And so the Jesus Seminar has produced The Five Gospels (the fifth is the Gospel according to Thomas).

The Five Gospels presents the Gospels according to the Jesus Seminar. The text marks what Jesus probably said, may have said, probably did not say, and certainly did not say. This is determined by majority vote at the semi-annual meetings the Seminar. The group votes with great theatricality on the authenticity of each saying of the Lord by casting color-coded beads into a box or jar to indicate their vote on whether or not Jesus actually said what the New Testament writers purported Him to have said. A red bead indicates that the scholar believes Jesus actually said it; a pink bead may have; gray, doubtful; black, not a chance. The votes are tallied. The Seminar’s labors up to 1993 appear in The Five Gospels. In an obvious parody of the red letter Bibles, the supposedly authentic words of Jesus are printed in red. The rest are printed in the other colors, in descending order of credibility. 82% of the words of the Lord Jesus are judged unauthentic. The “Jesus” of the Jesus Seminar has been pared down to a poor, semi-literate man who uttered a few aphorisms like, “Turn the other cheek,” “Love your enemies,” and “Rejoice when reproached.”

Not content, though, with only judging sayings of Jesus, the Seminar in an ongoing effort to offend God and Christians, has recently begun to judge the events spoken of in the Gospels. They have taken skepticism to new heights. The skeptics have always been around; however, the earlier skeptics did not so much deny the events reported in the New Testament as try to explain them rationally. The rationalists said that the crucifixion may have induced a deep coma from which Jesus revived. A volcanic eruption may have caused the parting of the Red Sea. The Magi of the East may have followed a comet to Bethlehem. The heatings Jesus did were probably psychosomatic, brought about by the people’s faith in and devotion to Jesus.

We reject these explanations, but at least they work with the notion that the events recorded happened. The radical scholars of today hold that the Bible is a collection of myths, legends and hero worship produced by the early believers to promote a political agenda. What is presented as facts and history in the Gospels are, in their opinion, only parables about power and authority in which the early church was complaining about oppression, poverty, real nutrition, sickness and being overworked. Crossan says that the stories in the Bible are as “true” as Aesop’s Fables.

And so the scholars of the Jesus Seminar have been reading each other’s papers about the events recorded in the Gospels, meeting and voting on what happened and what did not. In the Fall of 1994, they considered the Virgin Birth and 96% agreed that it is fiction. The only thing left of the Nativity description is the name of Jesus’ mother (Mary). No miracles survived the decisive vote of the scholars. A year ago they voted on the Resurrection. Negative! Jesus’ body was either left on the cross to rot or tossed in a shallow grave to be dug up and eaten by scavenger dogs. It is highly unlikely that Judas Iscariot for 30 pieces of silver kissed the Master and thus betrayed Him.

And so it goes, on and on. The arrogant skeptics tearing apart the Scriptures, piece by piece. It makes one pray with renewed vigor: “Destroy Thou the works of the devil, every power that raises itself against Thee, and every conspiracy against Thy holy Word!” (Heidelberg Catechism, Lord’s Day 48). God! Strike your enemies blind, deaf and dumb!

Rev. van Popta serves as Co-editor of The Clarion, a magazine of the Canadian Reformed Churches. He also pastors a congregation in Taber, Alberta, Canada.