On Sunday, March 12, 2000, Pope John Paul II led a service of repentance at St. Peter’s Basilica in Rome. News agencies reported widely that this service was unique in the history of the Roman Church. Never before throughout its history had a pope acknowledged in this way the sins of the faithful against other Christians, Jews, and various minorities.

Repentance is a key Christian grace, and we should rejoice in true penitence, but do the pope’s words say all that they should? And even more importantly, was he too hesitant to say all that needs to be said?

A number of observers, particularly from the Jewish community, said that the pope had not gone far enough in mentioning specific persons and acts for which there needs to be repentance. While the pope spoke of sins of the second millennium, he did not explicitly mention the crusades, the Reformation martyrs, or the Holocaust. The Roman Catholic theologian Hans Kueng said that it was “misleading” for the pope to repent without mentioning specific popes and bishops who had been at fault. His words are reminiscent of the insistence of the Westminster Standards that particular sins must be repented of particularly.

The real impediment to full confession by the pope is his doctrine of the church. He spoke of the church as “a wonderful wealth of holiness” and spoke of sin in terms of “some of our brothers [who] have been unfaithful to the Gospel.” The Vatican issued a background document for this event explaining that the pope was repenting of sins committed by “sons and daughters” of the church, but that the church itself remained “holy and immaculate.” 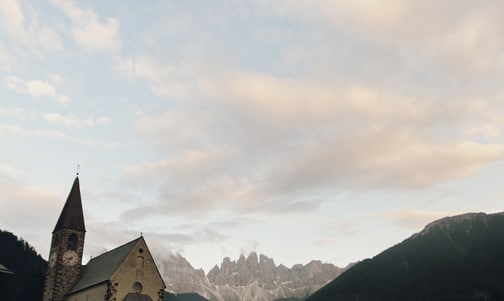 The doctrine of the holy and immaculate nature of the church is expressed in the Catechism of the Catholic Church that was published in 1994. The section on the holiness of the church begins: “The Church is held, as a matter of faith, to be unfailingly holy” (sec. 823). Further, it states: “United with Christ, the Church is sanctified by him; through him and with him, she becomes sanctifying” (sec. 824). The discussion of the holiness of the church concludes with the statement: “But while in the most Blessed Virgin the Church has already reached that perfection, whereby she exists without spot or wrinkle, the faithful still strive to conquer sin and increase in holiness. And so they tum their eyes to Mary: in her, the Church is already the ‘all-holy’” (sec. 829).

Between these statements of this Catechism about the holiness of the church, other statements are made that at first seem at odds with the immaculate nature of the church. For example, the Catechism states, “The Church on earth is endowed already with a sanctity that is real though imperfect. In her members, perfect holiness is something yet to be acquired …” (sec. 825). Also, [The Church, however, clasping sinners to her bosom, at once holy and always in need of purification, follows constantly the path of penance and renewal. All members of the Church, including her ministers, must acknowledge that they are sinners. In everyone, the weeds of sin will still be mixed with the good wheat of the Gospel until the end of time” (sec. 827).

How are, then, the perfection of the church and its sinfulness related? It seems to be that, in Christ and in Mary, the Roman church sanctified and holy, but members in themselves remain sinners in need of growing in grace. The Roman teaching is confused here. The confusion results from Rome’s insistence that holiness be understood always in terms of infused, sanctifying grace. The church is completely holy in sanctifying grace and yet is not completely holy in sanctifying grace. The only way to reconcile these ideas is, as the pope seems to have done on March 12, to distinguish the church in herself from her members. In this way, the church is holy, but the members still wrestle with sin. With this view members are really only members insofar as they have attained the holiness of the church. The only way out of this confusion for Rome is the path taken by Protestants in the sixteenth century. The genius of the Reformation was to escape exactly the muddle of trying to have an immaculate sanctified church while still recognizing sin in the church and Christians. The way out was Luther’s insight into simul justus et peccator: at the same time righteous and a sinner. How can we be both at the same time? The biblical distinction between imputed righteousness and infused righteousness, between justification and sanctification, is critical at this point. In Christ, we are counted as holy, pure, and blameless because He is all of those things for us, while in ourselves we remain sinners. The church is indeed holy because it is the body of Christ, as we read in Ephesians 1:4, “For he chose us in him before the creation of the world to be holy and blameless in His sight.” But in ourselves we Christians still are sinners until we are glorified.

Indeed, honesty about sin helps point the world away from all human help except Jesus. Jesus is the only holy and immaculate one. To claim purity for any Christian or church except through the imputation of Christ’s righteousness is to distract sinners from the only one who can help: Jesus Himself and Jesus alone.

Dr. W Robert Godfrey, professor of Church History, is also president of Westminster Theological Seminary in Escondido, CA. He is a contributing editor of The Outlook magazine.