The question is often asked regarding the Holocaust in Nazi Germany: “How was it possible that otherwise upstanding Germans could have allowed such a thing to happen?” How could they knowingly have let thousands, even millions of the Jewish people be shipped off to concentration camps for gassing and cremation? Didn’t they know what was happening? Or didn’t they want to know? Or did they know, but refuse to acknowledge it? One elderly man tells of how they used to hear the cries of the Jews coming from the train that chugged past their little church every Sunday morning. Knowing there was nothing they could do to help (Or was there?), they would just sing their hymns louder to drown out the cries. Many others must have smelled the stench from the crematoria. Still others must have had family members on duty at the camps. Did they really not know what was going on? Or did they not want to know?

I believe a similar thing is happening in our country today. Does the general public—and especially the media—not know what goes on inside abortion clinics? Or do they not want to know? For if they knew, they might feel morally constrained to change their attitudes and their actions. So they adopt all kinds of means to avert their gaze. 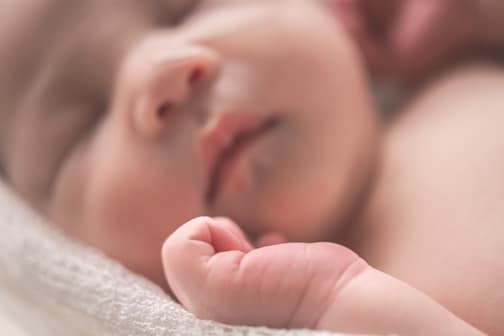 One way is by means of language. At first, the unborn baby’s personhood was denied by calling it a “glob of tissue” or “the product of conception.” Then gradually, as science progressed and the moving baby appeared as a shadowy image on the sonogram, it was called a “fetus”—a perfectly legitimate scientific term, but one which, for the ordinary person, dehumanizes it. The Nazis too, found that if they called the Jews “garbage” or “a plague,” they could more easily exterminate them. And in our pre-Civil War days, blacks were called “property,” not persons, so they could more easily be bought and sold.

Another way is to focus on the “rights” of the woman, to the exclusion of the rights of her unborn baby. The woman, it is said, has the right of privacy and the right to choose, without a determination of exactly what is being chosen. There is no inherent virtue in choice itself. In cases of rape, theft, or murder for example, the criminal’s right to choose is not elevated above the nature of his choice. But somehow, in the case of abortion, it is. Not wishing to see the results of a woman’s choice, the media, the politicians, the women themselves and the general public focus only on the sacrosanct “right to choose.” Their gaze is averted.

A third way to distract attention from what goes on inside the abortion clinic is to concentrate on what goes on outside. The media frequently show protesters being dragged away to jail by the police. Much attention is given to the “harassment” of women going into the clinics, or to doctors whose homes are being picketed, or to RlCO and FACE bills. But seldom if ever, is the question asked why these people are sacrificing their time and energy and risking bodily harm, jail terms and fines in order to protest. Seldom are they asked, or seldom is it reported, what is going on inside the clinic that makes them so upset and determined.

So what does go on inside the clinics? Most abortions are performed in the first trimester of pregnancy (though many are not). But even at that early stage, the baby’s heart is already beating and its brain waves can be measured. (Don’t we determine whether a person at the other end of the spectrum is dead or alive by these two standards?) At about eleven weeks the baby is only about three inches long but is a perfectly identifiable little human being. At this stage the abortion is done by a vacuum machine about nineteen times more powerful than a household one. The tiny baby is simply pulverized and sucked out through a tube into a jar by this machine. During later abortions, when the bones and skull are too hard to be vacuumed out, the baby is usually torn limb from limb, and the skull is crushed in order to get it out. The pieces then have to be reassembled so that the doctor can be sure that “he got it all.” Deathly violence is done to the baby. And violence is done to the woman as well. Especially with young girls, the forcing open of the cervix (the “neck” of the womb) can permanently damage it. Sometimes the womb itself is perforated, with severe hemorrhaging or infection, and even death, as possible results. These and other forms of harm often have long-term consequences, including making it more difficult or impossible to bear a wanted child later (not to mention the frequent psychological and emotional effects that may occur immediately or only surface years later).

All kinds of violence appear on our TV and movie screens, from real-life slaughterings in Rwanda and Bosnia to fictitious murders and sadism. But rarely if ever, is the violence of abortion publicized—violence which occurs 4,000 times a day, day after day. As with the Holocaust, their gaze is averted. They do not know. Or is it that they do not wish to know?

Mrs. Palmer is the wife of the late Dr. Edwin Palmer, executive director of the NIV translation of the Bible.