In this issue, author Dennison concludes his series of articles on the hermeneutical downward spiral by drawing some parallels to the current scene in our Reformed community.

For three hundred years, we have witnessed the growth of an approach to the Bible which regards the Word of God as an inspirational springboard to the religious ideas and feelings of the times. If Paul teaches in I Tim. 2:12–13 that women are not permitted to exercise authority over men in the church, the liberal progressives regard Paul as either (1) wrong (dead wrong!) or (2) bound by the unenlightened thought forms prevalent at the time. In either case, Paul’s remarks are to be superseded as the Spirit moves in a different time and place. If Paul, in the same I Tim. 2:12–13, anchors his prohibition of women’s rule in the church not in the prevailing Greek or Roman culture, but in the order of creation, progressive liberals dismiss this as hierarchical theology governed by a patriarchal or male-dominated model of reality—a model of reality which no longer binds us in our enlightened and progressive context. 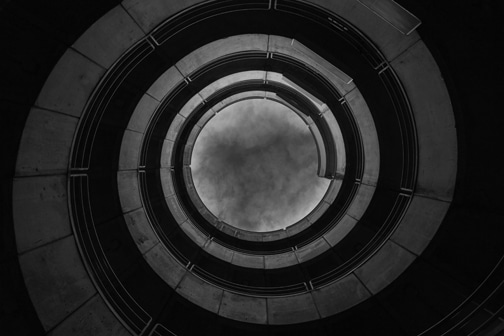 But if men and women are not bound by the order of creation, they will ultimately not be bound by God Himself. If it is true that in the order of creation God places woman in a position of equal dignity and personhood with man, yet distinguishes her role (even in unfallen Paradise) as under the authority of the man, then we are dealing with something profoundly part of the warp and woof of relationships. This profound equality in personhood with distinction in role is found even in God Himself. The Father and the Son (and, I might add, the Holy Spirit) are equal in person and dignity. None is inferior or less than the other in being. And yet, the Son comes to do the will of the Father. The Son subordinates Himself to the will of His Father. The subordination of God the Son to God the Father in the plan of salvation does not make the Son inferior or of less value than the Father. No, they remain essentially equal, yet relationally distinct. This equality and distinction is reflected in relationships between God’s creatures. With respect to husband and wife, man and woman, God has mirrored equality of person with distinction of relationship or role. Even in the garden of Eden, before sin entered the world to distort and corrupt relationships, man was the head of the woman. Adam was created first. Eve was taken from him—from his side as his equal in person and dignity, but under his authority in the relationships which reflect the intimacy of Christ and His Bride.

CHRIST AND HIS BRIDE

With respect to the role of women and men in the church and in the home, we are talking of Christ. Christ Jesus loves His Bride and accords her full equality of dignity with Himself. Yet He leads her; she does not lead Him. He dies for her; she does not die for Him. He takes her unto Himself; she rests under the cover of His garment. He gives her the robes of His righteousness; she does not clothe herself in fig-leaf robes of her own making. Christ Jesus loves His church and draws her into a bond of intimacy and dignity with Himself. Yet He is her Lord; He is her Master. She is His servant; she is His handmaid. He commands her; she does not command Him. He rules over her in love; she submits obediently to His rule of love subordinating her will to His will. Christ is first—His Bride, His church, is second. Christ, the second Adam, is prior; His Bride, His church—the second Eve—is posterior.

Our minds and hearts are captive to the Word of God—a final authority for all time. What Paul says, God says. The words of I Tim. 2:12–13 are not contextually restricted to Greek and Roman times. The words of I Tim. 2:12-13 are for all time. They do not bind to Paul’s time; they transcend every time. They do not flow from the fall; they arise from the relationship which existed between man and woman prior to the fall The words of Paul are not annulled by sin or the fall; they mirror a relationship which is untouched by the fall. Though sin may aggravate this relationship, it does not cancel it, as if now that she is redeemed by Christ, woman may take the lead by exercising authority over the man.

This is the point of I Cor. 11 . Whatever our view of the head-covering in vv. 4 and 5, the inspired Paul emphasizes equality of dignity with suhordination of role. The man and the woman in the Lord are not greater or less than one another in person, worth or dignity (v. 11). Yet the head of every woman is the man, even as God the Father is head of Christ. Equality and subordination—that is Paul’s teaching consistently.

But if we cancel the order of creation with respect to male-female relationships and women’s ordination, then we will be liable to void the order of creation with respect to heterosexual relationships. If the order of creation with Adam first, Eve second is the infallible revelation of God, then the order of creation with Adam and Eve, not Adam and Steve is the infallible revelation of God. The order of nature instituted by God in the beginning was a man and a woman. It was not a man and a man, or a woman and a woman. Once we entertain the liberal downgrade on the ordination of women, can the acceptance of the gay and lesbian lifestyle be resisted? When the voices calling for the ordination of women do so by arguing that Paul’s views were conditioned by his patriarchal or male-dominated culture, sooner or later the hermeneutical spiral will discover that Paul’s views of same-sex intercourse were also culturally conditioned. In our more enlightened culture, Paul’s condemnation of homosexuality will have to be attributed to his own homophobia (“fear of homosexuals”).

We hear Reformed voices urging us to welcome professing Christians “regardless of affectional preference.” That means, persons professing to be Christians are to be welcomed in the church (and, presumably, in the kingdom of heaven) even if they are men actively involved in sexual intercourse with other men and even if they are women actively involved in sexual intercourse with other women. We are warned by these progressive voices that if practicing homosexuals are told that their lifestyle of same-sex fornication is an offense to God, that such language constitutes a hate crime and is “poison,” bigotry and fanaticism in our contemporary enlightened culture. Some liberal voices allege that the Bible is not clear on homosexual practice; that it is a “complicated” matter to determine the moral stance of the Word of God on same-sex couplings. What is clear, these progressive voices announce, is that the church is to be a place of celebration—a place where gays and lesbians may celebrate their homosexuality without criticism, judgment or condemnation.

We urge homosexual persons everywhere to repent and believe the gospel. Give up your slavery to your lusts and receive the good news that in Christ Jesus you may be free. Free of the bondage to your sin; free of the wrath to come. We plead with gay and lesbian persons everywhere—do not perish, but come to Christ Jesus who through His Holy Spirit is able to wash you, to sanctify you, to justify you freely by His grace. Here is good news in Christ—not the perversion of nature, but the fulfilling of love in a Christian marriage. The arm of the Lord is not short; the power of the gospel is able to restore you to the natural use of a man for a woman, a woman for a man in the bonds of Christian marriage. The love of Christ constrains us! Gay and lesbian persons, your dignity is found in the transformation that Jesus promises to all who diligently seek Him. In Christ Jesus, behold a new creation; old things are passed away, behold all things are made new. This is a faithful saying, Christ Jesus came into the world to save sinners—yea, gay and lesbian sinners! The love of Christ constrains us! Repent and believe the gospel, lest you be consumed in His anger. Gay and lesbian persons, we beseech you on behalf of Christ, be reconciled to God.

We find progressive Reformed voices in the abortion arena as well. Here again, we enter the order of creation. What is conceived by union of sperm and egg is a human being chromosomally, biologically, spiritually, legally. It is a violation of the order of creation to destroy life in the womb. “In sin did my mother conceive me,” says David in Ps. 51:5, acknowledging that from the time of conception he was a “me”—a personal, human being. Yet there are progressive Reformed voices who want to withhold personhood from the fetus until the end of the second trimester (24th week of pregnancy). That means prior to the sixth month of pregnancy, the fetus is not a person and has no right to legal protection. These progressive voices argue that the 1973 Roe versus Wade decision of the US Supreme Court made the abortion decision a personal matter between a woman and her physician. The hermeneutical spiral will lead progressive advocates of early term abortion to absolutize only one moral imperative—the imperative of self. No society, no institution, no church, no book can prevent me from choosing myself—even at the expense of my baby. A culture which permits and approves such selfishness is spiraling towards destruction. If the blood of innocent Abel cried out to God for vindication, how much more the blood of millions of aborted fetuses.

We have journeyed a long way in this discussion. Our hermeneutical excursion has shown how the interpretation of the Bible has been shaped by the prevailing cultural forces of the past three hundred years. Whether the methodology has been mere reason, romantic idealism, modern existentialism or some other form of liberalism, the result has always been the same—the Bible is reduced to the level of the culture and made conformable to the mood of the times. We have also noticed the slippery slope, the so-called domino effect in which adopting one liberal position begets yet more radical liberalism.

We cannot follow, for to us, the Bible is the voice—the very sacred lisp—of God Himself. Our minds, hearts, consciences are bound by that Word. We are unable to support the ordination of women to the eldership and pastorate because God Himself forbids it by the order of creation and the renewal of the created order in the new creation in Christ Jesus. We are unable to embrace the hermeneutical spiral which downgrades the beauty of male-female sexual intercourse only within the bond of marriage. We are unable to follow the downgrade with respect to fetal life which we regard as a sacred gift from God its Creator. We are unable to follow liberalism which accommodates the inerrant Word of God to the prevailing culture.

Has God said? We believe He has once and for all, in His Word. Here we stand, God help us, we can do no other.

Rev. Dennison received the M. Div, and Th.M degrees from Pittsburgh Theological Seminary. He was pastor of the Pioneer and Pleasant Grow United Presbyterian Churches (UPCUSA), Ligonier, PA from 1970–1979. Currently he is a minister in the PCA. He is the Editor and Publisher of Kerux: A Journal of Biblical-Theological Preaching and is finishing editorial work on George M. Giger’s translation of Francis Turrentin’s Institutes of Elendic Theology (3 vols., Presbyterian and Reformed Publishing Co.). Currently, he serves as Librarian and Lecturer in Church History at Westminster Theological Seminary in California.