One of the characteristic features of dispensationalism is its insistence upon a “literal” reading of the Bible. In the history of dispensationalism, many of its advocates have alleged that alternative millennial views reflect a low view of the Scripture’s authority because they do not follow a literal hermeneutic.1 Especially when it comes to the prophecies of the Bible that relate to the earthly people of God, Israel, dispensationalists insist that these be read literally. Correspondingly, it is often argued that alternative readings of these prophecies undermine the authority of the Bible by an illegitimate “spiritualizing” of them and their promises.

This emphasis upon a literal hermeneutic is closely linked to the distinction drawn within dispensationalism between God’s earthly people, Israel, and His heavenly people, the church. The prophecies and promises of the Bible that relate to Israel must correspond to the nature of Israel as a distinct people. Because Israel is a national and ethnic entity with a literal, concrete identity and history, “whatever Scriptural promises refer to her must be equally literal and concrete. Thus, if the language of the Scriptures is to be rightly interpreted, it must always be taken in its literal meaning, unless this proves to be impossible.

THE HERMENEUTIC OF “LITERALISM”

In order to evaluate the dispensational hermeneutic of “literalism,” it is necessary to define more precisely what is meant by a “literal” reading of the Bible. Opinions vary among dispensationalists themselves as to the nature of a literal reading. 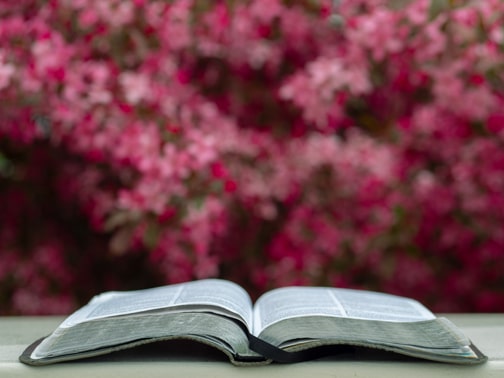 It is interesting to observe that, even in the case of Scofield and the classic form of dispensationalism, the emphasis upon a literal hermeneutic was somewhat qualified. According to Scofield, the historical books of the Bible are not only literally true but often also of “allegorical” or “spiritual” significance. A historical event, like the relationship between Isaac and Ishmael, is literally true, but it may also have further meaning and significance (compare Gal. 4:23–31). However, in the case of the prophetic books of the Bible, Scofield insisted that in them “we reach the ground of absolute literalness. Figures are often found in it he prophecies, but the figure invariably has a literal fulfillment. Not one instance exists of a ‘spiritual’ or figurative fulfillment of prophecy… Jerusalem is always Jerusalem, Israel always Israel, Zion always Zion…Prophecies may never be spiritualized, but are always literal.”2

This statement represents a strong literalist hermeneutic: all of the prophecies in the Scripture are said to have a literal fulfillment. Whenever these prophecies are not interpreted literally, but figuratively, Scofield would claim that this necessarily distorts their meaning. However, he also concedes, at least with respect to historical passages, that the events recorded may be interpreted also in terms of their spiritual meaning.

Among later dispensationalist authors, further attempts have been made to define what is meant by a literal hermeneutic. Two representative definitions have been given by Charles C. Ryrie in his Dispensationalism Today and Paul Lee Tan in his The Interpretation of Prophecy.4

Ryrie gives the following account of the dispensationalist position:

Dispensationalists claim that their principle of hermeneutics is that of literal interpretation. This means interpretation which gives to every word the same meaning it would have in normal usage, whether employed in writing, speaking or thinking.5

In his exposition of this claim, Ryrie goes on to argue that this emphasis upon the “normal usage” is really the equivalent of a grammatical and historical interpretation of the text. It takes words in their “normal,” “plain” or “ordinary” sense.

Tan’s definition of this hermeneutic is quite similar:

Like Ryrie, Tan seems to want to argue that a literal reading of the biblical texts is equivalent to a grammatical—historical reading, a reading that simply takes the words and language of the text in their ordinary, common and plain meaning.

Despite the variations among even these definitions of a literal reading, then, the primary claim of dispensationalism is that the biblical texts be read in their plain, ordinary, or literal sense, especially when these texts speak of God’s earthly people, Israel, and when they make promises respecting Israel. Though the presence of non-literal and figurative language is not completely denied Scofield even acknowledges the presence of “spiritualizing” interpretations of historical events—the first rule for any reading of a biblical text is that it be read in the most literal way possible.

EVALUATING THE HERMENEUTIC OF “LITERALISM”

The “literal” meaning of “literal”

There are two problems that immediately stand out, when considering these typical definitions of a literal hermeneutic.

The first problem is the tacit acknowledgment that a literal reading of the text need not exclude a “spiritual” meaning or “figurative” and “symbolical” language in the biblical texts. In the original position of Scofield himself, a somewhat arbitrary distinction is made between the historical and prophetic texts in the Bible. This distinction is made in order to allow, in the case of historical texts, that they may have a literal and spiritual meaning. Though Scofield maintains that this is never possible in the case of prophetic texts, there seems to be no reason why this could not be the case, when it is acknowledged to be possible in the case of historical texts.Why can historical texts that speak of “Jerusalem” have a spiritual meaning, while prophetic texts that speak of “Jerusalem” must invariably have a literal meaning? Furthermore, both Ryrie and Tan also acknowledge that the “literal” reading of a text may not exclude the presence often of figurative or symbolical words and phrases. The presence of such “non-literal” elements indicates that it is somewhat simplistic and misleading to insist that texts always be read “literally.”

But there is a second and even more fundamental problem. In these definitions of a literal hermeneutic, the attempt is made to identify this hermeneutic with a grammatical-historical reading of the text. And this grammatical-historical reading is in turn identified with a reading that takes words and the language in their “normal” or “plain” meaning. The problem with this approach is that it begs the question of what “literal,” “normal,” or “plain” mean! This can be illustrated by considering the “literal” meaning of “literal.”

In terms of the claims of dispensationalism, therefore, the literal, plain or normal reading of a text really begs the question entirely as to what that sense is. To say that the “literal” meaning of biblical prophecy and promises must always be the most plain, concrete and obvious meaning, is to prejudge the meaning of these texts before actually reading them “according to the letter,” that is, according to the rules that obtain for the kind of language being used.

To illustrate more concretely the illegitimacy of dispensationalism’s understanding of a literal hermeneutic, I would like in my next article to consider three problem areas in its application: first, the relation between Old Testament prophecy or promise and its New Testament fulfillment; second, the subject of biblical typology; and third, the oft-repeated claim that non-dispensationalists illegitimately “spiritualize” the biblical promises regarding the new earth. Each of these problem areas shows how unworkable and unhelpful it is to say that a “literal” hermeneutic is one which looks for the “plain” or “normal” sense of the biblical texts.

A complete set of footnotes next month.