The New Jersey Supreme Court’s ruling that the Boy Scouts must admit homosexuals because scouting is a public entity, like police and fire departments, is flawed on legal and moral grounds. Chief Justice Deborah Poritz dismissed assertions by the Boy Scouts that words in the Scout Oath which speak of “morally straight” and “clean” constitute a statement against homosexuality and allow the organization to keep homosexuals out. Poritz said she doubts that young boys “ascribe any meaning to these terms other than a commitment to be good.”

The concept of what is good has undergone a transformation. Some years ago, then-New York Governor Mario Cuomo spoke of a state supreme court judge friend of his as a “good man” after the judge was convicted and sent to prison for threatening to kidnap his ex-lover’s daughter.

In the past few days, Hillary Rodham Clinton has described her philandering husband as a “good husband and father.” Luciana Morad, the mother of rock singer Mick Jagger’s latest illegitimate child, told Europe’s Hello magazine that, even though Jagger has yet to meet his 4-month-old son, he is “a very loving father.”

If there is no standard for “good,” then the word has only the meaning assigned to it at a given moment. How can the Boy Scouts of New Jersey be taught to perform good deeds and to have good behavior if “good” has no definition? If good and non-good (or bad, as we used to call good’s antithesis) are to be defined by judges, then their decisions become arbitrary and make a mockery of the law, which is supposed to be based on immutable standards, not cultural pressure and intimidation by special interests. 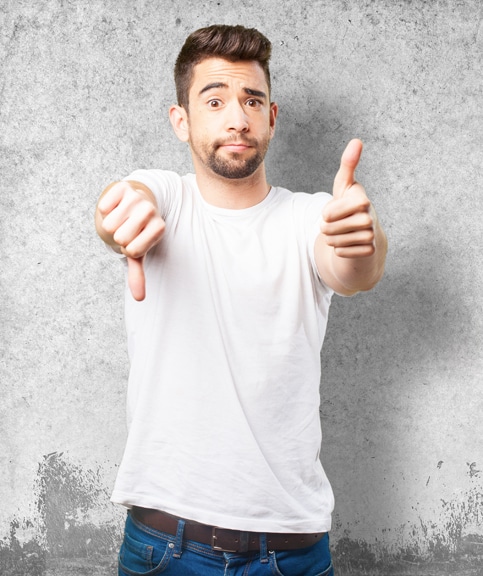 Why is it good for the Boy Scouts to be forced into accepting people who behave in ways judged to be bad by the organization’s leadership and by most Scout parents, and bad to reject applications for membership from practicing homosexuals? Why shouldn’t it be bad to engage in same-sex behavior and good not to engage in it? All life-styles are now created equal by the courts, and if bad exists, it is in the mind of the beholder.

If all fathers are good, then the behavior of Bill Clinton and Mick Jagger is no better or worse than those men who marry and forsake all others. In this relative view, the virtues represented by TV characters such as Bill Cosby and Ozzie Nelson are not to be preferred over characters modeling vice.

The redefinition of good has been going on for at least four decades. This has led to the hiring at Princeton of Peter Singer, the eugenicist, who will teach this fall that life has only the meaning assigned to it, and that anyone judged defective may be eliminated for the greater good, whatever that means, since good is in a constant state of flux.

The god of materialism has done this to us. In our relentless pursuit of personal peace and affluence we have sacrificed whatever or whoever gets in the way. Cable TV covers business news more than ever because profit and things are what we worship. Atlanta’s mayor wonders why so many are so angry that they go on shooting rampages. It is because of the false advertising that the stuff of life can have meaning to life. When some people realize the lie, they lash out in anger, even murder. For what do they have to live?

A Jewish prophet once warned: “Woe to those who call good evil and evil good.” We’ve called abortion “choice” and marriage an inconvenience. We dispose of all that gets in the way of having our way. Institutions like the military, the Boy Scouts, marriage, Walt Disney, even some churches and religious leaders have been corrupted.

The truth is that the Boy Scouts of America are not like the police and fire departments. Their organization has successfully helped turn several generations of young boys into men of character and self-control, supplemented by a God concept and a recognition that He makes life’s rules for our protection.

Because the New Jersey decision is the opposite of a March 1998 ruling by the California Supreme Court, the subject may be considered by the US Supreme Court. Let’s hope those justices haven’t completely forgotten the difference between good and bad -or things are going to get even more ugly.