Who does not rejoice at the prospect of diseases cured and defective genes repaired now that the genetic code has been cracked? Still —as we’ve seen from the beginning of time, when Cain killed Abel, to modem times, when humans still murder other humans and wars rage objects, science and technology can be used for good or evil purposes. It depends on the intent of the user. 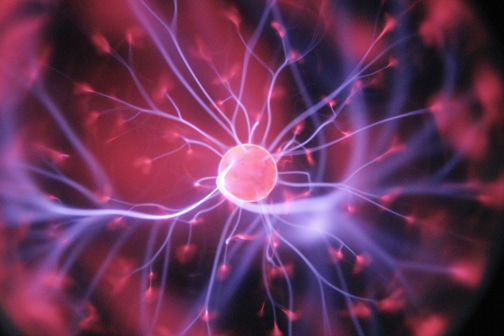 In an age when technology feels few restraints, sdence has been given a new tool with which to perform miracles. But science can debase human creatures when it treats us as evolutionary acddents with no intrinsic moral significance, and the state assigns itself the role of God.

Before moving forward with no firm ethical guidelines, we should revisit Aldous Huxley’s classic 1932 novel Brave New World. In it Huxley visualizes a planet without moral controls, presided over by a single world government. Designer humans are created in laboratories to fit the needs of a sodety whose highest goals are utilitarianism and happiness, which is the ultimate objective of humanity. “World Controllers,” as Huxley calls the authority, suppress individual initiative in favor of uniformity.

Family is gone, and so is any sense of spirituality. Only carnal pleasure is pursued, and any rituals must be orgiastic in nature. The new “trinity” in Huxley’s mind would be Henry Ford (the idol), soma (a wonder drug), and sex. Ford has been replaced by the Dow Jones Industrial Average as our contemporary idol, but drugs and uncontrolled sex are still with us.

In the book, students who tour the Central London Hatchery and Conditioning Center observe various machines and techniques that promote the production and conditioning of embryos. “Predestinators” decide the future function of each embryo within society, and each is assigned a job. The sodety has a five-tiered caste system that ranks Alphas and Betas on top (now we know where Al Gore advisor Naomi Wolf got this idea).

In his follow-up work, Brave New World Revisited, Huxley said the only way to create a permanently stable society is for a totalitarian regime to exercise absolute power. The social motto is: “Community, Identity, Stability.” Community is established by dividing the population into segments in which the Alphas function as intellectual superiors, and another caste called “Epsilons” performs menial labor. Identity is established in the Conditioning Center where embryos are separated into five groups. Stability is maintained through the limitation placed on the intelligence of each group.

The state chooses what each child shall learn (which it largely does now, with the exception of private and home schooling). The parental relationship with children is dirty and improper. Feelings are obsolete. Children are conditioned to think and act only as members of their class rather than as individuals.

This 68-year-old book is Huxley’s warning against the misuse of science. He sees science as a potentially dehumanizing force, robbing the human race of that which makes us distinctive—our creativity, our ability to love, reason and relate to God. (Though Huxley claimed not to believe in God, it’s nice that he saw the need for someone to.) All of these human distinctions are replaced in Huxley’s novel by sdence with the help of an all-pervasive state.

Can’t happen here? It did in Germany, Russia, China, and other places where science joined politicians in a quest for the master race and the perfect state, and got the worst of all possible worlds. Aldous Huxley attempted to warn his generation about the consequences of soul-less technology. In our time, who in political and scientific circles is going to sound the warning that we should know the rules of the road and our destination before putting our trust in the human genome map—the scientists who can read it and the politidans who seek to manipulate it for their own purposes?