For my family, living in a community with a coal-mining heritage has been a new experience. Since we didn’t grow up hearing the stories about the days when “coal was king,” we have found that taking coal mine tours and reading books on the industry has helped us appreciate the impact coal has had on our community.

Since is impossible to extract any particular point in time from its broader context, the better we understand history, the better we understand the present. The fact that time itself is inextricably interconnected has a bearing on how we celebrate Christmas. There seems to be a tendency today to extract Christ’s birth from its broader historical and redemptive context. We often look back only to the events immediately surrounding the birth of Christ. When we do this we miss the powerful background that set the stage for the coming of Christ.

Galatians 4:4 says that Christ was born at a particular and important time in history; it is called “the fullness of time.” God is telling us that the time of Quirinius’s governorship was “ripe” for Christ’s advent (Luke 2:2). Here’s the point: We will not appreciate the good news of Christ’s coming if we fail to realize what his coming was fulfilling.

The Heidelberg Catechism (Q&A 19) helps set the context for Christ’s coming. It says that the holy gospel was “first revealed in Paradise; afterwards published by the holy patriarchs and prophets, and foreshadowed by the sacrifices and other ceremonies of the laws; and lastly fulfilled by God’s only begotten Son.” The Catechism briefly sketches out the revelation of the gospel from the beginning of time to Christ’s birth in Bethlehem. Christ’s advent is given a context as we see the gospel previewed, proclaimed, portrayed, and performed.

God himself began to reveal the gospel in Paradise to Adam and Eve. We read of this revelation in Genesis 3:15, which has rightly been called the first gospel promise. Here God says, “I will put enmity between you [the Serpent] and the woman and between your seed and her Seed; He shall bruise your head, and you shall bruise his heel.” Remember that at this point in redemptive history Adam and Eve were two condemned and hopeless sinners trembling on the edge of Paradise Lost. No two people had ever given up so much so quickly and so foolishly. If you have ever felt completely discouraged and hopeless, then you know something of how our first parents felt that day in the Garden. In fact, by nature you are in the same position as your first parents, trembling and naked before God. In that setting God delivers their punishment.

But he also reveals a message of hope; he reveals the gospel. What does God promise in Genesis 3:15? That He Himself will work deliverance through the seed of the woman. The deliverer will be a conqueror, crushing the head of the serpent. How they needed to hear these words! The serpent had just carried out the greatest deception of all time. Adam and Eve had lost everything. But God promises to send a Son to crush the serpent—to set His people free from his tyranny.They also heard that the deliverer will suffer; His heel will be bruised. He will be a conquering king and a suffering servant. 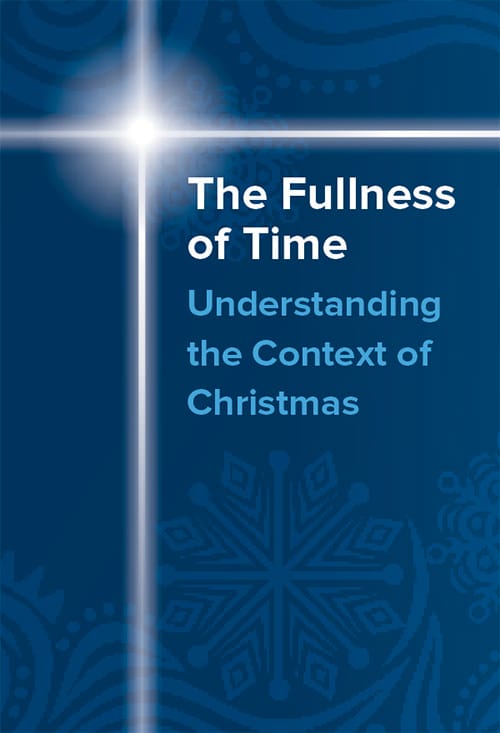 This first promise is so important because the rest of the Bible unfolds the hope first revealed here. “The promise was vague at first; but the fulfillment was sure” because God had spoken.1 The gospel in Paradise has been likened to a tiny sapling. It will grow. It will expand. But everything that makes it a tree is there. God first began to unfold this gospel promise through the patriarchs (or early fathers) and the prophets.

We don’t always consider Old Covenant saints gospel preachers, but they were. Believe it or not, the first way in which the early fathers communicated the gospel was by having children. God told our first parents in Genesis 3:15 that salvation would come through the seed of the woman. The rest of Genesis is focused on this idea of “seed.” The word is used almost fifty times, far more than in any other Bible book.

From the first pages of Scripture the gospel promise is communicated through the continuance of the seed of promise. In every generation, there is a child of promise. Adam had three sons, but in time Seth comes to the fore. Seth also had many children, but it is Enoch through whom the promise will come. Noah had Shem, Ham, and Japheth, but Shem is chosen. And on it goes.

Every time the Bible focuses on the seed of promise, the gospel is proclaimed. Salvation will not be accomplished by humanity but by a single seed. This is why two of the gospel books begin with a genealogy. The seed progresses through time until it stops at “Jesus, who was born of Mary who is called Messiah” (Matt. 1:16).

Notably, Matthew’s genealogy begins with Abraham. To him the gospel promise was first clearly given by way of a covenant, or a pact of friendship. God said, “I will establish my covenant . . . to be your God and the God of your descendants after you” (Gen. 17:7). We learn that salvation is a union between God and man. God gives Himself to His people (cf. John 3:16)

Second, the gospel was proclaimed by the patriarchs through real words. Noah was a preacher of righteousness (2 Peter 2:5). Enoch preached the gospel (Jude 1:14). Called a patriarch in Acts 2:29, David preached the Messiah as King and Priest. He even spoke specifically of Christ’s crucifixion and divine dereliction (Ps. 22).

The patriarchs preached the gospel. But the clearest example of Old Testament gospel preaching was left for the prophets.

Consider the famous words of Isaiah 9:6. Here Isaiah is prophesying concerning the Messiah: “For to us a child is born, to us a Son is given, and the government will be on his shoulders.” Wasn’t this the message from the beginning? That “a seed of the woman” would be the redeemer and King? But here we learn the Messiah will be more than a human son. Notice his names: “Wonderful Counselor, Mighty God, Everlasting Father, Prince of Peace.” The Christ would be “truly human and truly righteous, yet more powerful than all creatures, that is . . . true God.”2

It is worth noting that this prophetic preaching took place largely during the decline of God’s physical kingdom on earth. Gone were the glory days of David and Solomon. Instead the people of Israel faced military conquest and exile. In this setting, what is the theme of the prophets? The gospel of Christ. They preached the coming Messiah and his glorious kingdom.3

God not only previewed the gospel of His Son and caused it to be preached; He also presented it in picture form.

Specifically, the gospel is portrayed by the sacrifices and ceremonies of the law. These bore witness as symbols of the good news of Jesus. They were types or foreshadowings of Christ’s life and work (Col. 2:17).

The Old Testament sacrifices never accomplished salvation; they were never seen as the end of God’s redemptive plan. God’s promised salvation would come from the body of a woman, not an animal. The ceremonies and sacrifices of the law served as types in several ways.

First, they were substitutionary in nature. That is, they taught that the sinner cannot pay for his own sins but must have his sins taken away by someone else. Second, they were a picture of perfection. God required that the sacrificial animal must have no blemish (Ex. 12:5). The mediator must be sinless. Third, although they were supposed to be flawless, the sacrificial animals were entirely inadequate. This fact is demonstrated in the repetitious nature of the sacrifices; they were never finished. The flawed character of the sacrifices is also graphically illustrated in that the animals died on the altar and were never raised up. They were not able to bear the weight of God’s anger; His wrath destroyed them. For this reason they were an inadequate shield from the just anger of God toward sin.

The catechism has walked us through the unfolding of the gospel prior to Christ’s birth. From the end of the Old Testament to the coming of Christ there is a period of silence of almost four hundred years. God wanted the world to wait. The prophecies had been made, but they could not be fulfilled by human work. During this time, God’s people had virtually no human prophet, no priest, and no king. Prior to this time, these offices had deviated from their intended use, so as to show that someone else must fulfill them. The time was indeed ripe for God to send His Son to be prophet, priest, and king for His people.

“In the fullness of time, God sent his Son . . .” He performed the gospel through His own dear Son.

Jesus Christ was that deliverer who was born of the seed of the woman, Mary. Through His perfectly righteous humanity, He was flawless. He approached the cross as a substitute for His people. Through His death, He crushed the head of Satan. Through the power of His divinity, He was raised to newness of life. This sacrifice was finally accepted by God!

The gospel is progressively revealed in the Bible. It continually demands a response of faith. This is how the first promise was received. From our perspective, Adam didn’t have that much to go on. God had said, “An offspring will come from the woman’s body, and he will save you.” Shortly thereafter, Adam named his wife Eve “because she would become the mother of all the living” (Gen. 3:20). Clearly Adam trusted God.

As the first prophet, Adam declared that salvation would come from the woman. God continued to speak this message “to our forefathers through the prophets at many times and in various ways, but in these last days he has spoken to us by his Son” (Heb. 1:1). God is calling us to place our trust in Jesus Christ today.

Thankfully, we have four thousand years of recorded redemptive history to bolster our faith! According to Peter, “ . . . We have the word of the prophets made more certain, and you will do well to pay attention to it . . .” (2 Peter 1:19). Let us be people who have confidence in the word of God’s promise. And let us praise the Lord, who in the fullness of time, for us and for our salvation, sent His Son, our Lord Jesus Christ. William Cowper sums up well:

Jesus, I love to trace

Throughout the sacred page,

The footsteps of thy grace,

The same in ev’ry age!

Oh grant that I may faithful be

3. O. Palmer Robertson, The Christ of the Prophets, 8.

Rev. William Boekestein was the the pastor of Covenant Reformed Church (URCNA) in Carbondale, PA, at the time he wrote this article in 2010. He is now the pastor of Immanuel Fellowship Church in Kalamazoo, MI.