The tenth plague, the Passover, and the feast of Unleavened Bread are related events, but they are also events that are distinguished from each other.   The Passover, and the Feast of Unleavened Bread are li­turgical ordinances tied to the tenth plague.  Both ordinances are com­manded by God, but both ordinances are distinguishable from one an­other.  Consider God’s instructions regarding the Passover.  “Obey these instructions as a lasting ordi­nance for you and your descen­dants.  When you enter the land that the Lord will give you as He promised, observe this ceremony. And when your children ask you, ‘What does this ceremony mean to you?’  Then tell them. ‘It is the Passover sacrifice to the Lord who passed over the houses of the Isra­elites in Egypt and spared our homes when He struck down the Egyptians.’”

From this statement it is clear that the Passover was an ordinance that God ordained as a means of re­membering the tenth plague.  More importantly, the Passover was a means of remembering that the salvation of God’s people was ac­complished by the blood of the Passover lamb.  From Exodus 12:13, we can conclude that the blood applied to the houses was a sign that redemption would come only by the shedding of blood and by the proper application of that blood. Ultimately, the blood was a sign that pointed to the blood of Christ. In this sense, the Passover was not only an ordinance that caused God’s people to look back and  re­member, but the Passover also functioned as a shadow of what was yet to come.  The Passover had more than one purpose.  First, and foremost, it was a religious ceremony, an Old Testament sac­rament that was central to the wor­ship of Jehovah.  The Passover was also an educational tool de­signed to provoke the interest of the children.  It was useful as a teach­ing aid, to instruct the children how God had delivered the Hebrews from Egypt.

The Passover and the Firstborn

The redemption of the firstborn re­quired both, the shedding of blood, and the proper application of this blood to the entrance of the (He­brew) home.  In order for us to understand the importance of the firstborn we need to return to chap­ter 4 where Israel is described as Jehovah’s firstborn son.  “Then say to Pharaoh, ‘This is what the Lord says: Israel is my firstborn son, and I told you, ‘Let my son go, so he may worship me.’  But you refused to let him go; so I will kill your first­born son’” (4:22-23),

The tenth plague represented the execution of God’s attack against Pharaoh and the firstborn sons of Egypt including the animals.  At one point, Pharaoh agreed to send the Israelites into the wilderness to worship Jehovah, but he would not allow their livestock to go with them.  Moses refused to negotiate with Pharaoh.  Just as every animal had to go with the Hebrews, like­wise, the tenth plague was applied to the firstborn among the animals. The fact that the animals are in­cluded in both God’s judgment, and His redemption, is an indicator to the extent that the firstborn belong to Jehovah.

Consecration of the Firstborn

The principle that the firstborn sons of Israel belonged to Jehovah was the basis for the consecration of the firstborn males that opened every womb in Israel, man and beast alike (Exodus 13:1, 2).

What was true corporately of the entire nation was practiced individu­ally through the consecration of every firstborn son that opened the womb.  This applied to both man and beast.  It would have been im­possible for the people to conse­crate every individual in the same way that they were instructed to consecrate the firstborn males, be cause the consecration of the first­born required either the death of the firstborn or the death of a substi­tute.  If every individual and every beast had to be consecrated through this same means, the people would have been left with­out any livestock; therefore the practice was limited to the firstborn son of every womb.  If the firstborn was an animal, then it could be re­deemed by the death of a substitute or it had to be put to death. 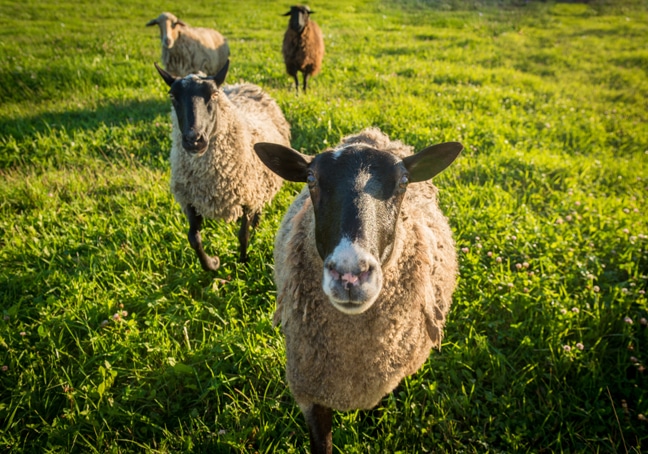 In the New Testament, believers are described as the firstborn, by virtue of their union with Jesus Christ. The author of Hebrews ap­plies the term firstborn to the church in Hebrews 12:23.  Be­cause every believer is united to Christ and a member of His body, the entire church is recognized as the church of the firstborn.  The church is corporate in nature, and therefore the church of the first born is in reference to every mem­ber who is united to Christ.  The entire church has been redeemed and set apart as Christ’s body.

In the New Testament, the biblical authors describe believers as “saints” (Rom. 1:7, 1 Cor. 1:2; Eph. 1:1).  In Greek, the word “saints” lit­erally means “the set-apart ones.” All Christians are saints, because all Christians are set apart for God, by virtue of their spiritual union with Jesus Christ.  Because, all believers are united to the firstborn son of the new humanity, all believers partici­pate in the sonship of Jesus Christ. All Christians are in a special rela­tionship with the Creator because they have been set apart from the rest of humanity, and because the Lamb of God has redeemed them.

The author of Hebrews writes of the Messiah’s work in a similar fashion.  The act of redeeming the first­born of Israel was a mere shadow of the work of Christ.  The result of the tenth plague was a deliverance of Israel that was physical, earthly, and temporal.  But in contrast, the redemptive work of Christ is much greater: It is spiritual and eternal. The work of Christ is perfect and complete.  For this reason the be­liever relates to the Father with a clean conscience.

The act of redeeming reaches its apex in the redemptive work of Christ.  Since our redemption is perfect and complete we can serve the Lord with a clean conscience. The implications for Christian living are profound.  Instead of motivating people to strive for obedience through fear and condemnation, the saints are compelled to serve God with a clear conscience and out of thanksgiving.  As the firstborn you have been set apart, you belong to the Father through Jesus Christ the firstborn son of the humanity.  Be­cause this is true, it is only appropri­ate that you think and live in a man­ner that is consistent with this truth.

Just as the blood of the substitute lambs redeemed the firstborn of Israel, likewise the Lamb of God has redeemed us.  He has redeemed us by the shedding of His precious blood and by the applica­tion of His blood to justified sinners. And therefore when Christ returns in power and glory, you will know and see the fullness of your salva­tion, because you have been marked by the blood of Christ, the Lamb of God that brings salvation to God’s people.  Israel’s exodus from Egypt points to an even greater exodus, it points to our exo­dus from the bondage of sin, death, and the tyranny of the Devil.  We celebrate this greater exodus every Lord’s Day through the ministry of the word and the sacraments.  Ev­ery Christian has the ability to cel­ebrate a new beginning that is born out of our redemption.

Rev. Mark Stromberg is pastor of  the United Re­formed Church in Belgrade, Montana.