With God’s scorching maledictions still fresh in his ears, Adam turned to his partner in crime and—strange behavior for a man so struck by God’s lightning—re-christened her. And the new name—did it show her to be the mother of death and doom? The mother of homines morituri men doomed to die?

Before the horrible event in which he celebrated his fraternity with Satan around the Maypole of self-dependence, when first he gazed in wonderment at the sublime creature by his side, Adam had breathlessly called her Isshah—woman that is, one taken from and therefore belonging to man, In her nature he read, and from her advent he inferred, that her existence was wholly wrapped up with his own. She did not make some, no more than a key apart from a lock, apart from her husband. Her life, so it seemed at the time, would hinge on his: an assistant she would be, naturally attuned to him who needed her assistance. In recognition of this auxiliary status Adam called her Isshah.

The riot of rebellion which we call the Fall (almost as if it were an accidental loss of elevation) brought death into the world and into the marriage of Adam and Isshah, No man can point a hateful linger at his wife, blame her for all the world’s ills, and leave his marriage unscathed. Resentment, mutual, and all the hotter for their former delicate intimacy, spurted up in their hearts. Adam, at least, was as venimous as the beguiling serpent: “The woman thou gavest to be with me…” Isshah the source of death in creation!

A ruined marriage was one bitter pill to swallow, but God gives to each another: to Adam a life of toil and perspiration, to Eve the recurrence of stabbing’ pains. Death has now put its signature upon all of creation. Disorientation and disruption came pouring out when man opened the trap-door of sin. But, though a cloud of doom envelopes these children of dust, Adam cries out to Isshah: From this moment on your name will be Havvah—the source of life in creation!

It was a strange ceremony, this Havvah-christening, occurring, as the Bible indicates, immediately alter a downpour of damnation. What explains it? There is but one explanation for it: Adam has caught the note of grace in the thunderous doom spoken over his head. He has heard of the seed of Isshah and he has heard that this seed will dry up the real fountain of death, the head of the serpent. And therefore the thought of restoration races through his head, and prophecy bursts from him: Havvah, mother of all living seed, you are.

Adam. knows and confesses that, to his shame, he can no longer be the father of life. It was through his  trespass that death came into the world (Rom. 5) . The living seed of the Old Covenant will be alive, not by harking back to himself, the first Adam, but by anticipation of Isshah’s seed, the second Adam. The first must abdicate, and does abdicate, in favor of the second.

But Adam recognizes, on the credit side of the ledger, the New Order that has set in with God’s pronouncement, the order of sin and grace. He and Havvah are now the church out. of which, according to his human nature, the Christ is to come. Adam’s whole orientation changes: the wife is now the mother, the assistant in the present is now the hope for the future, the one bound to him alone is now the one bound to all generations and thus to the Seed.2 For the church here acknowledges the Advent of her Lord! The christening ceremony is the response of faith to the word or promise. Was there talk a moment ago of estrangement between the two? But now, as both of them peer through the window of faith into the Unseen, they are again united. Christ is the One who restores their marriage. The order of grace has arrived.

The question arises: Did Adam feel all this when he re-named his wire? Did he think all this and know all this?

We are concerned—let this be the answer—not with the content of the mind of Adam but with the content of the prophetic word which he spoke. In this christening Adam certainly revealed himself as a prophet and prophets, particularly in the Old Dispensation, often uttered words and saw visions whose full meaning they did not know ([or a flagrant case, see Daniel 7:15, 16; 8:15). We who read the prophetic word in the light of its fulfillment, and so we should read it, know much more than Adam.

Until now we have said that Adam, in his prophetic capacity, re-named his wife. True, but we can say more. We can say also that it was the Spirit of Christ (I Peter 1:10, 11) who, through the mouth of Adam, named his mother. Christ, not Eve, is ultimately the Source of Life. He is here preparing the Way for, and speaking the Truth about, himself who is the Life. The husband, Adam, must defer to his wife, become wife-centered; but the wife in Eve must defer to the mother, become child-centered; in Mary later the wife is nothing—was she not pregnant “knowing not a man”?—but even the mother must yield, for the Son insists that she be his child. The advent of Christ means that the Spirit of Christ, in ever more startling forms, enlists nature, however stubborn, in the service of Christ as he proceeds to his cradle. 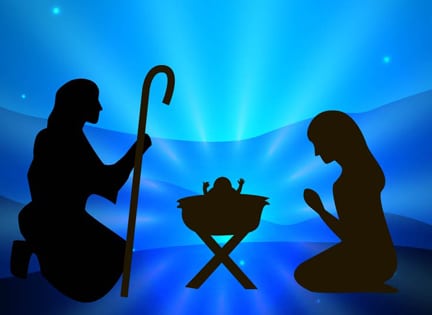 Once again in Scripture the serpent and the woman meet (Rev. 12). But the dragon, which is the old serpent, cannot prevent the child, a genuine male equipped with a rod or iron, from being born, nor can he prevent the child from ruling, nor can he prevent his own defeat. “And l heard a great voice in heaven, saying, Now is come the salvation, and the power, and the kingdom of our God and the authority of his Christ: for the accuser of our brethren is cast down…” (Rev. 12:10).