In recent years there has been an increasing emphasis on Calvinistic theology. The republishing of John Calvin’s commentaries on the Scriptures and John Gill’s book, The Body of Divinity; The Reign of Grace, by Abraham Booth; and Charles Spurgeon’s sermons; along with recent books such as: The Reformed Doctrine of Predestination, by Loraine Boettner; Calvinism, by Abraham Kuyper; The Sovereignty at God, by A.W. Pink: also the advancing popularity of the Christian Reformed Hour with some 260 radio stations carrying its program and its circulation each month of the Back to God Family Altar to 55,000 readers is ample evidence that Calvinism is far from dead. 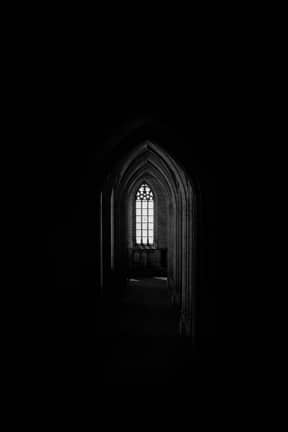 What is Calvinism? Calvinism is a belief. It is a system of truth. It is a form of Bible teaching made popular by John Calvin, the great Reformer. Hence it is called Calvinism. Calvin got it from St. Augustine, as well as from Scripture, and Augustine got it from Paul the Apostle, and Paul received it, not of man, but of God (Gal. 1:11, 12).

Calvinism declares that the sinner is “dead in trespasses and sins” (Eph. 2:1), and therefore can do nothing toward the saving of his soul. It declares that man has a will and therefore is not a machine, but not a free will in spiritual matters. He is bound captive by the Devil (2 Tim. 2:26) and does not seek after God (Rom. 3:11).

What are some of the “evils” of Calvinism?

FIRST, Calvinism abases man, and that is a great evil indeed, in the eyes of carnal men. Calvinism takes away every straw that man would lean upon. Like the prophet Micaiah, who was hated by wicked King Ahab because he never prophesied good unto him, but always evil (2 Chron. 18:7), so natural men hate the doctrines of Calvinism for the same reason. It never speaks good of them, but always evil. It tells them that the “carnal mind is enmity against God; for it is not subject to the law of God, neither indeed can be. So then they that are in the flesh cannot please God” (Rom. 8:7, 8); men are “evil” (Luke 11:13), “by nature the children of wrath” (Eph. 2:3).

Because of the total depravity and inability of man, Calvinism declares that man has a free will only to choose sin. His will is controlled by his nature, and his nature is corrupt. This is a great evil! Man does not like to be told he cannot do anything he wills. He does not like to hear the Scripture, “There is none that seeketh after God” (Rom. 3:11); or Christ’s word, “And ye will not come to me that ye might have life” (John 5:40); or Christ’s words, “No man can come to me, except the Father which sent me, draw him” (John 6:41); or when He said to Jerusalem, “How often would I have gathered thy children together…and ye would not” (Matt. 23:37). Carnal men like to think that there is some good in all men, that all men are seeking God, and that they may repent and come to Jesus Christ any moment they so decide.

SECONDLY, Calvinism exalts God. It not only lowers man and his will and works and worth into the dust, but it presents God as God! It places God upon the throne. It says, God can and does do as He pleases; God is altogether free and independent. It confesses, “Our God is in the heavens, he hath done whatsoever he hath pleased” (Psa. 115:3); the sinless Son of man quickeneth, or makes alive, “whom he will” (John 5:21); the Holy Spirit gives spiritual gifts and ability to various members of the body of Christ, “dividing to every man severally as he will” (l Cor. 12:11); and “as it hath pleased him” (v. 18). Rejoicingly it proclaims that God “worketh all things after the counsel of his own will” (Eph. 1:11), and that “of him…are all things” (Rom. 11:36).

THIRDLY, Calvinism honors Christ’s death. It says that the death of the Lord Jesus Christ really saves! That Christ actually died in the believer’s place! It fully believes the Scriptures: “Christ died for our sins” (I Cor. 15:3) and “Christ died for us” (Rom. 5:8). Since He died in our place and paid the penalty for our sins, WE ARE SET FREE; for, payment God will not twice demand; first at my bleeding Substitute’s hand, and then again at mine. God will not charge for the bill twice. If Christ died for all men without exception, then all men are saved. How can anyone he lost and go to hell for his sins if Christ died for them, if He paid for them, and put them away (John 1:29)? But all men are not saved (Matt. 7:13, 14), hence Christ could not have suffered for their sins who die in their sin (John 8:24). Christ “taketh away the sin of the world” (John 1:29) , but not the sin of unbelievers. How could He when their sin “remaineth”? (John 9:41).

Christ actually bare the sins of those for whom He died in His own body on the tree, and by those stripes they were “healed” (I Pet. 2:24), and return unto the Shepherd and Bishop of their souls (v. 25). Christ “justified” them for whom He died (Rom. 5:9) . He redeemed them (Eph. 1:7). He “washed” them [rom their sins in His own blood (Rev. 1:5). He reconciled them to God (Rom. 5:10) ; and their sins are not imputed or charged to them (2 Cor. 5:19). All this and more He did for those for whom He died. Since this is not true of all men individually, Christ: did not die for all, but only for the “world” of the elect. This, the Word or God teaches. Christ gave Himself a “ransom for all” (I Tim. 2:6) only in that He laid down His life for the sheep (John 10:15). Christ is the propitiation for the sins of the whole world (I John 2:2) only in the sense in which He died, not for the sins of the elect Jews only, to whom John ministered (see Gal. 2:9), but “so for the sins of the whole Gentile world. He gave Himself a “ransom for many” (Mark 10:45). Those for whom Christ died are saved. He saved them by His death, in their place. He did not die in vain.

FOURTHLY, Calvinism recognizes the power of the Holy Ghost. The sinner is “dead” spiritually. He cannot do anything. He cannot hear, will, repent, or believe. This is another “evil” of Calvinism. Man likes to think that he has some part in his salvation. But Calvinism gives all the glory to the Holy Ghost. He is sovereign. It is the Holy Spirit who “quickeneth” or makes alive (John 6:63). The Holy Spirit gives the new birth to whom He will (.John 3:3–8). If we are born again it is because the Holy Spirit willed it and did it. It is by the Holy Spirit we are convicted of sin (John 16:7–11); that Christ is revealed to us (I Cor. 2:9–14); that we confess that Jesus is Lord (I Cor. 12:3); and have any spiritual gifts wherewith to serve God (I Cor. 12:11); or any desire to (Rom. 5:5 and Gal. 5:22, 23). Calvinism makes us depend solely upon the Holy Ghost.

FIFTHLY, Calvinism magnifies the grace of God. Yes, Calvinists go to extremes on the sovereign grace of God, if that is possible. Think! Though the sinner is dead in sin and hateful to God and deserving of the wrath of God, and despite the fact that God owes us nothing since He made man upright, what great grace that God should elect some of us to eternal We and saving faith (Acts 13:18)! That He should send His only begotten Son to take our sins in His own body on the tree (Isa. 53:6); in due time send His Holy Spirit to regenerate us; and fully, freely, and forever forgive us of all our guilt and sin (Eph. 1:7)! What grace!

SIXTHLY, Calvinism gives eternal assurance to believers. This is an enormous evil! It is called a “dangerous doctrine” by many. Yet there are so many Scriptures teaching the truthfulness of this doctrine I hardly know where to turn in holy Scripture. One need go no further than the eighth chapter of Romans. The chapter begins with “no condemnation” to those in Christ (v. 1); continues with no accusation against those in Christ (vv. 31–34); and concludes with no separation to those who are in Christ (vv. 35–39). In verse 28, God calls the elect “according to his Purpose.” In the following verses He is spoken of as exercising foreknowledge of them, of predestinating them , of calling them, of justifying them, and of glorifying them—ALL of them, and ONLY them. Read Romans 8:28–31 and notice the words “whom” and “them’” How inclusive and exclusive that is. Everyone of them God will assuredly glorify. See also John 6:39 and John 10:26–30.

SEVENTHLY, Calvinism gives the right enthusiasm to evangelism. If I know that God has a people who will be saved (2 Tim. 2:10), and that there is a certain number whom God the Father has given to God the Son, and that all of them shall come to the Son of God (John 6:37), and that the sheep, for whom Christ laid down His life shall hear His voice and follow Him (John 10:26, 27), and that God’s Word will not return unto Him void, but that it shall accomplish that which He pleases and prosper in the thing whereto He sends it (Isa. 55:11); should this cause me to ask, “’Well, why preach then? Why send missionaries?” No! There is every reason for preaching and for missions. That would be just as foolish as asking, “Why fish then?” seeing I know the lake is full of fish; or, “Why work then?” seeing I am assured I will make enough money to support myself and family. It was not a hinderance to the Apostle Paul, as he considered laboring in Corinth. The Lord appeared to him in a vision and said, “Be not afraid, but speak and hold not thy peace…for I have much people in this city” (Acts 18:9, 10). It was right after the risen Redeemer said, “AII power is given unto me in heaven and in earth, that He commanded His disciples to go and make disciples of all nations” (Matt. 28:18–20).

In closing, here are some evils that can never be laid at the door of Calvinism.

Another evil that cannot be laid at Calvinism’s door is the objection, If I believed that, I would lose all my zeal to win souls to Christ. Of course, if that would make you lose such zeal we can do nothing else but thank God for that! If believing the truth of the sacred Scripture causes you to lose zeal for souls, praise be to God. You ought to lose that kind of zeal! It was evidently not the right kind of zeal in the first place. It could not have been created and controlled by the truth of God, but must have sprung from fleshly emotionalism and sentimentality.

Nor can the evils of salvation by human works or worth; or of a defeated God and a Christ who fails; or of a Christ who saves no one by His death (for if He cannot save even one for whom He died, how can He save anyone?); or of a weak Holy Spirit; or of a great number of false professions and much show and sensationalism—none of these can he laid to Calvinism. No, these evils find no welcome in the courts of truth as seen and embraced by John Calvin, St. Augustine, and St. Paul; and as preached by their Lord.

But these so-called “evils,” we who are Calvinists gladly plead guilty of believing and preaching:

Man is nothing apart from God’s grace, but sin.

God does as He pleases.

Christ saves all for whom He died.

The Holy Spirit regenerates whom He will.

We are saved altogether by God’s sovereign grace. A Scriptural and sensible evangelism. Blessed assurance that born again believer’s will never be lost.

Of these “evils” we are guilty! Amen!

*Reprinted from The Christian Beacon, May 5, 1952, with permission of the author and publisher.