I just spent a few minutes reviewing the titles of the articles in this column over the last couple of years. Although I have written an article or two about the role of the elders in supervising the preaching of local pastors, and while several others (notably W. Robert Godfrey and J. Mark Beach) have written extensively about their concern to maintain distinctively Reformed worship, lithe has appeared (certainly from my pen) to challenge and equip elders for the oversight of worship services in general. In this article, I hope to begin the process of correcting this oversight.

To do so requires that we identify what is essential in worship, and what is non-essential, or worse, what is inappropriate. Presbyterians especially have, over the years, been very specific in identifying and articulating what they call the “regulative principle of worship.” By that they mean that nothing is permitted in worship except that which they believe to be expressly commanded in Scripture. That is to say, nothing more and nothing less than: preaching the Word, prayer, the receiving of alms, and the singing of psalms (and some add, hymns and other “spiritual songs”). While there is some (heated) debate over whether it is appropriate to limit the church to only that which is expressly commanded, to prohibit many activities that are implied or suggested in various Scriptures, it is undeniably true that in these central activities one finds at least the core of what Biblical worship ought to be about. 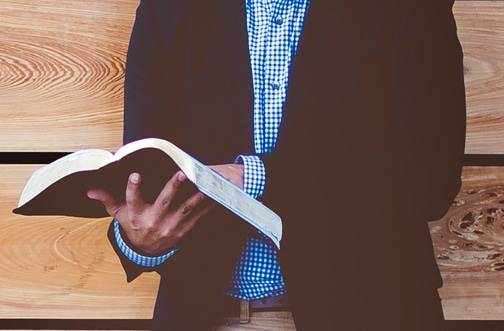 Having identified core components with those worship activities suggested by the “regulative principle,” the question still remains: “How does the local church oversee such worship?” Is oversight a fence that keeps out undesirable worship activities and practices? Is it a straightedge that keeps the preacher and the congregants “on line” with a certain standard of quality? Is it a tradition-keeping function, securing that the way we worship maintains the faith of the ages? Or should the elder be involved in more specific and functional questions? Should he start with the published (or, as is increasingly the case, unpublished) “order of worship” that appears in the local church bulletin? Does “oversight of worship” mean nothing more or less than “keeping the preacher tied to the standard liturgy” so that he avoids liturgical experimentation? Does it mean, more specifically, that the elders’ task is to make sure the Law is read or the Apostles’ Creed confessed at the same point of the service each week? Does it mean that the elders must review and approve all music to be used in the service, whether that means approval of the hymnal in tutu, or specific choir or “special music” numbers in particular? Do the elders take responsibility to secure that the preacher’s prayer reflects a proper balance of Adoration, Confession, Thanksgiving, and Supplication? Does it mean that the elders should confer following a sermon, then express their approval of that sermon as Biblical by shaking the hand of the minister before the congregation is dismissed from the hour of worship? All of these, you will quickly notice, have been “hot buttons” in the recent past of a variety of Reformed church worship debates.

FIRST AND FOREMOST: THE BIBLE IS CENTRAL

First of all, following Jesus’ words about worship “in spirit and truth,” is that in Reformed worship, the Bible is central. That is to say, Reformed believers have never emphasized rituals and litanies, banners and other visual decorations, as they have the reading and preaching of Scripture. Much of this emphasis, contrary to the complaints of modem detractors, does not arise merely from a desire to be traditional, nor an allergy to decorations in the sanctuary, nor a Northern European gene called “boring.” Rather, the Reformed emphasis on the Word in worship arises, on the one hand, negatively from the second commandment prohibition of our God against image use in worship. Frankly, the seriousness of that commandment frightens us into the realization that it is easy to worship God in a home-made fashion that may well offend His Majesty. There is a right way and a wrong way to worship, and it is not decided by popular opinion nor tradition. The Heidelberg Catechism (representative of Reformation creeds) explains this commandment by saying:

That we in no way make any image of God nor worship him in any other way than he has commanded in his Word…God forbids making or having…images (of any creature) if one’s intention is to worship them or to serve God through them…(God) wants his people instructed by the living preaching of his Word—not by idols that cannot even talk (from Answers 96–98).

Historically, of course, those images were identified by the reformers (given their cultural Situation) as being the statues and pictures abundantly evident in the Roman Catholic churches. But today, the discussion about image use surely must expand to include a discussion about the possible unrighteousness of video images or dramatic representations. Does the 2nd Commandment forbid the wild and growing popularity of drama to communicate Biblical teachings? Does it prohibit/restrict the use of high quality professionally-produced videos about the life and times of Jesus, the Apostles, or the geography and culture of early Palestine?

On the other hand, the Reformed emphasis on the reading, preaching and teaching of the Scriptures m worship arises positively from the understanding that it is the Word of God which is active in creating, nurturing and cultivating faith in people’s hearts. Romans 10:17 teaches that “faith comes by hearing, and hearing by the Word of God” (NKJV). Likewise, I Peter 1:23–25 identifies the Word of God as the “seed of regeneration” by which one is born again, and II Tim. 3:16–17 identifies the role of Scripture in shaping and equipping the “man of God” unto effective and faithful Christian living.

This first and foundational principle means that elders must see to it that the preacher doesn’t use the Bible passage as a “diving board” to launch into his speech for the morning or evening message. It means that elders must insist that he open the pages of the Bible, and explain in a careful manner the words on those pages. It means, in a very practical way, that he insists that people look at the Bible during his preaching, and not just at him. He must lead them away from the man in the pulpit to the Word in their laps.

A corollary is that elders should encourage their people to bring their own Bible from home to worship services. Providing pew Bibles is, of course, probably necessary for visitors and those who forgot theirs, but it ought not to replace the intentional listening, complete with underlining, note-taking and review that is possible only when someone can go back and study once again the passage in his/her own Bible. Nothing evidences a holy seriousness of purpose more than a well-worn, underlined and regularly consulted Bible.

But there are some areas in which Calvinists will not all agree about the implications of this fundamental Reformed principle of the centrality of the Word in worship. It would be wise and profitable for you, in your elders meetings and discussions, to consider the following differences of opinion among decidedly Reformed believers. What is Biblical, what is traditional. and where is there freedom within the boundaries of faithfulness?

For example, in many churches and denominations embracing the Heidelberg Catechism, it is traditional that in “at least one worship service per Sunday” the preacher ought to preach the Catechism, following its sequence of Lord’s Days. Many traditional Christian Reformed people easily and comfortably equate “catechism sermons” with faithful Biblical preaching. But many good Calvinists of different historic backgrounds seem shocked at this easy equation of creedal exposition with textual exposition.

In many churches, “children’s sermons” are viewed with disdain or dismay as a “symptom of creeping liberalism.” In others, equally strongly Calvinistic in heritage and confession, calling children to the front of church to teach or explain a Bible story or a children’s catechism question and answer is part of “Bible-centered worship,” not inimical to it.

In some Reformed churches, in order to explain the text of Scripture, pastors make use of overhead projectors, or distribute sermon “listening guides” on which members take notes, or even extensive resource packets of auxiliary study helps in connection with a sermon or sermon series. In others, anything added to the “pure sermon” is considered unnecessary and dangerous.

In churches with the tradition of reading the law (10 Commandments) as an act of covenant renewal, some argue that it is inappropriate to annotate the reading with comments from the pulpit. The moral law, read in its entirety and without comment, is said to be sufficient. Others argue that mere rote repetition hinders the hearing of the Word, not helps it, and that explanation “so that the people could understand the meaning” is critical.

For next time: Elders in the pulpit?

Dr. Sittema, contributing editor of this department, is pastor of the Bethel CRC in Dallas, TX.