Jennifer and Bill had been married for a few years. Their fights had become intense in recent months, their “happy times” fewer and of shorter duration. They’d been attending your church that entire time. Their background had been one of superficial religiousity, yet they had testisfied to a genuine experience of conversion when they had come before the elders for a profession of faith interview. They freely admitted at that time to having little knowledge of the Bible but were sure they would grow in their knowledge over time. You’ve never seen them in any class, Bible study group, or care group since that time, although they do attend church quite regularly. You receive a “courtesy call” from them to inform you that they will be divorcing due to “irreconcilable differences,” and, to avoid awkwardness, that they plan to attend different churches in the future. They make it clear that they consider their decision to be quite matter-of-fact, and seem quite surprised when you express genuine sadness and real concern over their decision and insist upon a meeting with them to talk about Biblical teachings in the matter. Bill made the point most clear: “This isn’t a religious or church issue. We just don’t get along. It’s not like its unusual or illegal or anything!”

Theresa couldn’t understand why the elders wanted to talk to her about her habit of gossip. After all, gossip was normal conversation. Gossip columnists made millions writing about it; Oprah and all the other talk show hosts and hostesses profited from it. Besides, all her neighbors did it. “Why pick on me?” she wondered. “There’s nothing wrong with innocent gossip!”

Frank and Francie had come to you, their elder, for pre-marital counseling. She was new in your area and had been attending your church with Frank for several months. During your preliminary questioning and conversation Francie tells you she is a member of the Jehovah’s Witness church an has been for some years. Frank interrupts with the comment that “backgrounds don’t matter and church names don’t matter. What matters is that we both worship God as we understand Him and that we were faithful in our respective churches.” He looks at you and asks, rather confrontationally, “Right?”

George had asked you to meet him for breakfast. He had sounded disturbed over the phone, and looked even more distraught when you met him. “Bob”, he says, “You’ve just go to do something about William from the Chevy shop. His language is just horrible. He curses all the time. Now, he’s begun to pad his bills with all sorts of nonsense charges, and when I inquired about them he accused me of trying to welsh on my debts. I can’t talk to him about these things; I’m not very good at confrontation. You’re his elder. You’ve just got to do something about his sinning!”

Used to be that one could turn on the program “Jeopardy!” and watch otherwise intelligent and well-read people stutter and stammer at the simplest Bible questions. I was always amazed that there were bright people who didn’t know the four Gospels, for example. But now it seems that such ignorance is becoming more and more characteristic of church people. A recent report in a Presbyterian magazine I saw indicated that several respondents to a church questionnaire actually thought that an epistle was the feminine counterpart to an apostle. And, while sitting in a church of my own denomination a few years back, I heard a preacher confuse Onesimus (from Philemon) and Onesiphorus (from II Tim. 1) in a sermon entitled, “Lessons on Friendship.” He excused his lack of preparation with the glib statement that these were two alternate spellings of the same name. With such preaching, guess it’s no wonder that ignorance reigns among many people of the pew.

We could spend many pages examining each of the case studies with which this article began, for each presents a host of interesting and difficult pastoral issues. But I wish to tug on a single thread that runs through all these stories: the horrible consequences of a lack of Biblical knowledge among the people of God. In each, whether the presenting problem is divorce, gossip, the doctrinal deviations of the cult, or interpersonal incompetence, the foundational problem is the same. These people do not know the Bible, nor how it applies to the details of their daily living.

Reformed churches today are not immune to the crisis brought about by the lack of Scriptural knowledge among God’s people. A recent “convert” to the Reformed faith, a friend of mine who is a perceptive student of the faith and of the faithful, recently expressed to me shock and dismay at this matter. He told me he had expected to find Reformed folk well-schooled and knowledgeable, although perhaps not as emotionally warm and expressive about their faith. What he found was quite different than his expectations. In his experience he found Reformed people remarkably ignorant about the Bible, while deluding themselves about the level of their knowledge. Sadly, I must concur. I often find that people who are well, trained in the creeds of the Reformed faith are, at the very same time, remarkably ignorant of Scripture and the practical implications of its teachings. Nowhere is the more evident than in the is this more evident than in the arena of the Biblically-shaped practices of interpersonal relationships, where God’s people are to implement obediently what the Bible says about confronting sin in one another, calling each other to confession and repentance, and helping one another unto restoration. In my experience, Reformed people simply don’t know what the Bible says about such things, nor the first thing to do about it.

The prophet Hosea cries, “my people are destroyed from lack of knowledge” (4:6). Ignorance of God’s Word always leads to destruction because it brings about a secondary problem, spiritual impotence, which renders believer incapable of resisting the devil’s treachery in the power of the Word of God, the sword of the Spirit. 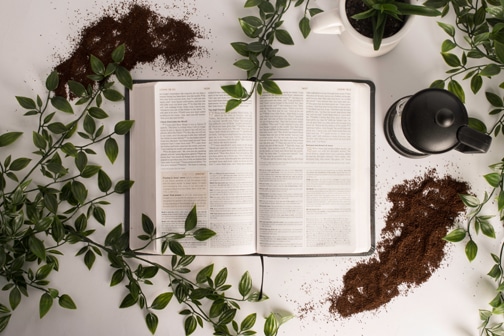 We also need not wonder about the cause of such ignorance and impotence. Although we have Bible study societies and groups in most churches, they are often not well-attended (especially the men’s groups). Further, most of us have heard from our people that they are too busy these days to have the kind of regular devotional family worship times that marked the faithful in times past. And, grateful as we may be for generally good attendance at worship services in an age of declining participation, let us not become complacent about that either. In most churches, “good attendance” still means that a large group of the people neglect worship on any given Sunday. Finally, if you want to sense the depth of the crisis, take a personal poll among say, 25 people you know in the Reformed churches. Ask them what they’ve been reading lately. I’d wager you’ll get depressed, if not out and out ill.

In such times as these, allow me to suggest a simple strategy of action for local elders. Commit now to spend time in study and prayer in one month at an elder’s meeting on the subject, “the knowledge of God’s Word in our congregation.” Under Roman numeral “I” below, I offer a suggested list of readings and assignments for the men in your eldership, to be done in preparation for the meeting. In Roman numeral “II”, I offer some brief and encouraging summaries from Scripture to focus and organize your study. Read and study the suggested passages more fully during your meeting, and discuss the practical steps you as elders can take to stimulate growth in the Word among your people. Focus, please, on action items, e.g. “What will we do because of what this passage says?” Finally, in Roman numeral “III”, I offer a few discussion-starters, intended to push you along the path of a developing pastoral strategy. Use them as you see fit.

First, read Psalm 19:7ff and Psalm 119: (yes, the whole thing! The significance of this psalm is not its famous length, but what it says!). In regard to the former passage, make a list, on a legal pad, of the synonyms used for the Word of God and another list to describe the Word’s effective power and spiritual benefits. In regard to Psalm 119, identify and write down the main theme, subject, or prayer of each of the 22 sections. What does each teach us about God’s Word? What does each command the believer to do?

Also, study II Timothy 3:10–4:5. On paper, identify the functions and benefits of the Word in the life of the church and of the believer.

II. During the meeting discuss the implications of the following:

The Bible teaches us the urgency of the congregation knowing God’s Word:

5) Because it is impossible to belong to Christ without belonging to His Word. (John 15:7);

1) Titus 1:9 says of every elder that he “must hold firmly to the trustworthy message as it has been taught, so that he can encourage others by sound doctrine and refute those who oppose it.”

2) I Tim. 3:2 requires ALL elders to be able to teach, and II Tim. 2:2 links such teaching with the apostolic subject matter of the written Word.

3) II Tim. 3:16 through II Tim. 4:5 contain a number of explicit assignments for pastoral elders who work with the Word among the people of God. List them and identify the duties of each.

4) I John 4:1 requires that we be able to “test the spirits” of the age, discerning the difference between false prophets and true, i.e. Biblical prophecy. This is especially true of elders who must help God’s people “test the spirits” of our age in regard to such practices and issues as marriage and divorce. To do so requires comprehensive and practical knowledge of Matt. 5:27–32, Matt. 19:1–12, I Cor. 7, Eph. 5:21ff.

1) What sort of Bible Study (as distinct from a casual devotional reading program) are you involved in currently? Have a volunteer elder describe the method he uses to analyze and study a passage of Scripture in preparation for teaching it. Use a recent example of his teaching preparation, and include references to the reference material used, the other passages studied in cross-referencing the key passage.

2) How can you as elders stimulate the study of the Word among the people of your congregation? Analyze what classes you have offered in the last 12 months to equip them to study. Analyze the study options you currently offer, and the percentage of the people involved in each. Analyze the preaching you hear from week to week, and discuss whether the format of it has the added benefit of teaching the people of God a method of studying Scripture, comparing Scripture with Scripture. You may wish to suggest some adaptation to accomplish this emphasis.

Dr. Sittema is pastor of Bethel CRC in Dallas TX and recently authored the book With a Shepherds Heart published through The Reformed Fellowship.