The cause of truth demands an aggressive attack on error. Even as the ascended Christ declared that he hated the doctrines of Balaam and of the Nicolaitans, he would have his people hate them. “Ye cannot serve God and mammon.” No more can we love truth and be indifferent to error. An abhorrence of falsehood is the measure of our love of truth. 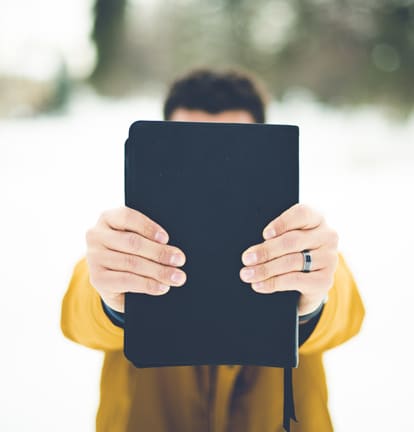 When Peter wavered in his adherence to the truth, through the influence of zealous but uninformed men, Paul “withstood him to the face.” Christians. should not only hold “the faith once delivered to the saints,” but “contend” for it, and not only contend for it, but “contend earnestly.” Paul exhorted young Timothy to “fight the good fight of faith.” It was an unspeakable solace to Paul himself as he approached the time of his departure to reflect that he had “fought the good fight” and “kept the faith.” Phillips Brooks says that the “faith” which Paul claimed to have kept was the truths of redemption. It was not the subjective grace of faith. The ascended Jesus commended the Church at Ephesus because they could “not bear them which are evil” but had tried “them which say they are apostles and are not” and “found them liars.”

There are those who themselves believe ill that body of truth referred to in the New Testament and which Jude calls the “faith once delivered to the saints,” who nevertheless are willing to compromise with those who are disloyal to the faith, in order to avoid the appearance of differences and for the sake of the imposing effect the solid front of Christianity will have upon the world. Is it proper? Is it faithful to our trust? Is it a worthy following of “the Faithful and True Witness”? The greatest danger of the age in which we live does not come from unsound men, but from men who arc sound themselves but who, for the sake of the impression made upon the world by an undivided Church, arc willing to cooperate with heterodoxy, and thus give it countenance. By so doing they produce on the world the impression that the doctrines of Christianity are of minor importance. To compromise truth for the sake of peace is untrue to all those who have suffered for it in the past, to Paul who succeeded and to Jeremiah who seemed to fail. God’s Word places honor upon those who remain true in an age of laxity and defection, the seven thousand who in Elijah’s day had not bowed the knee to Baal and whose lips had not kissed him, “the remnant according to the election of grace” in Paul’s day, the remnant foretold in the Apocalypse which keep the commandments of God and have the testimony of Jesus Christ, though the dragon and all of his hosts make war upon them.

It is quite common to brand the man who is watcher against the encroachments of error aS a “heresy-hunter.” An epithet is recognized as a last resort of a defeated cause. I dare affirm, that, in view of the infinite and everlasting importance of the saving truth of the gospel. the man who resists the entrance of false teaching into the Church has done humanity a greater service than the one who has established a chain of hospitals and asylums. The more he is forced to stand alone the more honor to him.

“Faith of our Fathers, Holy Faith,

We will be true to thee till death.” – A.M. FRASER