Rev. Johannes G. Vos was pastor of the Reformed Presbyterian (Covenanter) Church in Clay Center, Kansas, when he began writing for Torch and Trumpet. He later became editor of Blue Banner Faith and Life magazine and professor at Geneva College in Beaver Falls, PA. He was the son of Professor Geerhardus Vos from Princeton Seminary, and Catherine Vos, author of the famous Child’s Story Bible. He was also the brother of the lately deceased author, Marianne Radius.

The divine Trinity is a mystery in two senses. It is a mystery in the biblical sense; that is, a truth that we could never have known if God had not revealed it to us in the Bible. And it is also a mystery in the ordinary sense, for it is a truth which baffles our understanding and transcends our power to comprehend. “The Lord hath said that he would dwell in the thick darkness” (II Chronicles 6:1). God is clothed with impenetrable mystery; He can never be comprehended by finite beings. We should not expect to be able to rationalize the truth of the Trinity.

What the Doctrine of the Trinity Means

First of all, we should realize that the background of the doctrine of the Trinity is the truth that there is only one God. If we define God as the Supreme Being, it follows necessarily that there can be only one God. Also, the Bible teaches this truth from cover to cover. We should always remember that any idea of God which loses sight of His unity must be false.

In the Divine Being there exist three Persons: the Father, the Son, and the Holy Spirit. When we say “three Persons,” we do not mean exactly the same thing by the term “Persons” as we do when speaking of human beings. The word “person” is just the nearest approach, in our common speech, to what the Bible teaches about the distinction between the Father, the Son, and the Holy Spirit. In the one God there exist side by side three centers of self-consciousness, each different from the other two. Each can call the others “Thou” or “He” and can speak of Himself as “I” or “Me.” Thus there’s a true distinction of Persons in the Divine Being. 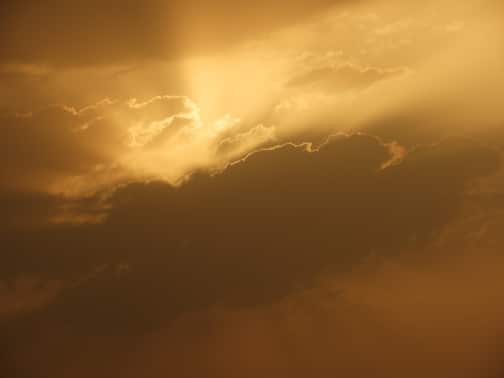 Philip Schaff, in his History of the Christian Church, in discussing the doctrine of the Trinity, says: “The term person must not be taken here in the sense current among men, as if the three persons were three different individuals, or three self-conscious and separately acting beings…The word person is in reality only a make-shift, in the absence of a more adequate term.”

Schaff also says: “There is only one divine essence or substance. Father, Son, and Spirit are one in essence, or consubstantial. They are in one another, inseparable, and cannot be conceived without each other …The three Persons are related to the divine substance not as three individuals to their species, as Abraham, Isaac and Jacob, or Peter, John and Paul, to human nature; they are only one God. The divine substance is absolutely indivisible by reason of its simplicity…the whole fullness of the one undivided essence of God, with all its attributes, is in all the persons of the Trinity…The church teaches not one divine essence and three Persons, but one essence in three Persons. Father, Son, and Spirit cannot be conceived as three separate individuals, but are in one another, and form a solidaric unity.”

Can make but one;

One are the three;

Yet what it be

That triple spirit only knows.

Though this truth is indeed a mystery, still it does not involve a contradiction as has often been alleged against it. It would be a contradiction if we were to say that God is one and God is three in the same sense. If that were the doctrine of the Trinity, no reasonable person could believe it.

But the doctrine of the Trinity affirms that God is one and three in different senses; He is one in substance and three in personality. We admit the mystery, but we deny the contradiction.

The three Persons of the Trinity are equal in power and glory. So far as their nature is concerned, no one of them is subordinate to any of the others. If there were any personal subordination, they could not all three be truly God. There is a certain kind of functional subordination in connection with the working out of the plan of salvation for the human race. Because of His state of humiliation on earth, the eternal Son could say, “My Father is greater than I.” But in their nature none of the three Persons can be subordinate; all are equal in power and glory, just because they are the same in substance.

All comparisons fail to do justice to the doctrine of the Trinity. Many people have sought to find illustrations for this truth in the realm of nature or in human life. Some of these illustrations may help us a little, but none of them is really adequate. Really even the reciprocal terms “Father” and “Son” used in the Bible itself do not mean the same as “Father” and “Son” in the ordinary sphere. They are just the nearest conceptions in human speech and human thought to suggest the relations between the first and second Persons of the Trinity.

One illustration that has been suggested is that of water which exists in the three forms of liquid, vapor and ice, yet always has the same chemical composition of two atoms of hydrogen to one of oxygen. This illustration is faulty because water is not liquid, vapor and ice all at the same time; when it becomes one it ceases to be another. But God exists as one substance in three Persons at the same time and continuously.

While these and other illustrations may help us a little in understanding this baffling concept, none of them is really adequate because material things and forces of nature cannot represent relations between persons and especially not between the Persons of the divine Trinity. For the divine Trinity is really unique and has no parallel in the created universe; it is truly a mystery.

Bible Proof of the Doctrine of the Trinity

The Trinity has not been revealed in nature. Nature does indeed tell us of the existence, power, glory and moral law of God, but it is silent concerning His existence in three distinct Persons. Our knowledge of this truth is derived entirely from the pages of the Bible.

The doctrine of the Trinity is revealed gradually in the Bible. The Old Testament has only dim suggestions of it. It was not until the second Person of the Trinity came to earth, when our Savior was born in Bethlehem, that the full doctrine began to be revealed. Consequently it is in the gospels and epistles of the New Testament that we find the fullest presentation of this doctrine. In the Old Testament we find certain foreshadowings of it; for example, the plural pronoun in the first chapters of Genesis, as in Genesis 1:26, “And God said, ‘Let us make man in our image, after our likeness…’” Again in Psalm 110: “The Lord said unto my Lord…,” a verse which presents two divine Persons. But these are rather suggestions than clear proofs. For the full proof we must turn to the New Testament. The formal proof may be summarized as follows:

1) The Bible teaches that there is only one God. Many texts might be dted; for example, I Corinthians 8:4, “There is none other God but one.”

2) The Bible speaks of each of three Persons as God. (a) The Father. II Corinthians 11:3: “The God and Father of our Lord Jesus Christ, which is blessed for evermore …”

(b) The Son. Romans 9:5: “Whose are the fathers, and of whom as concerning the flesh Christ came, who is over all, God blessed for ever.” (c) The Holy Spirit. Acts 5:3,4: “But Peter said, Ananias, why hath Satan filled thine heart to lie to the Holy Ghost, and to keep back part of the price of the land? While it remained, was it not thine own? And after it was sold, was it not in thine own power? Why hast thou conceived this thing in thine heart? Thou hast not lied unto men, but unto God.”

3) Since the Bible teaches that there is only one God, and yet speaks of three Persons as God, we conclude that this one God exists in three Persons, the Father, the Son, and the Holy Spirit. This is the only inference that we can draw without making the Bible contradict itself.

The Practical Value of the Doctrine of the Trinity

The Trinity is exclusively a Christian conception of God. Christians, Jews and Mohammedans are monotheists but only Christians believe in the Trinity of one God in three Persons. To reject the Trinity is to reject Christianity and renounce the God of the Bible.

It we give up the doctrine of the Trinity, the plan of salvation tails to the ground.

The doctrine of the Trinity is a safeguard against wrong ideas about God. It shows why God is complete in Himself, always self-sufficient, having no need of any created being, because each of the divine Persons has the other two as an object to love and to know.

The doctrine of the Trinity also emphasizes the fact that the God of the Bible is a personal God, not a mere power, force or influence.

Jesus commanded to make disciples of all nations, baptizing them in (or rather, into) the name of the Father, of the Son and of the Holy Spirit. We should note that it is into the name, not the names showing the unity of God along with the distinction the Persons. Baptism is a “sign and seal” of a covenant relationship with the Triune God in the plan of salvation.

At the baptism of Jesus we see the Trinity disclosed. Jesus Christ is the second Person, God the Son. The third Person, God the Holy Spirit, descended in visible form as a dove and abode on Him. At the same time God the Father spoke from heaven, saying, “This is my beloved Son, in whom I am well pleased.”

Many people today talk about belief in God in a very vague, general sort of way; but is the God they believe in the God of the Bible? Not unless He is the Triune God; and they do not really come to Him unless they come through the second person of the Trinity, Jesus Christ, for He is the only way by which sinful man can approach God the Father. “Whosoever denieth the Son, the same hath not the Father” (1 John 2:23). Jesus said, “I am the way, the truth, and the life; no man cometh unto the Father but by me” (John 14:6). The person who really comes to God by Jesus Christ will know God as the Triune God of the Scriptures.