The reading habits of the average evangelical Christian in the United States, as far as I have been able to observe them, are so wretchedly bad as actually to arrest the spiritual development of the individual believer and block the progress of the faith he professes to hold.

So powerful is the effect of the printed page on human character that the reading of good books is not only a privilege but an obligation, and the habitual reading of poor ones a positive tragedy.

Of course, I do not here refer to the output of the yellow press. I think we may safely assume that no true Christian would stoop to read the under-the-counter literary obscenities of the corner newsstand or the hole-in-the-wall bookstore. By “poor” books I mean the religious trash being turned out these days by the various publishers under the name of Christian. Tons of this stuff are produced each year to satisfy a market which a previous output has in large measure helped to create.

This religious rubbish is mostly fiction and solves three ends: it helps to fatten the bank account of the evangelical “novelist” who writes it; it keeps the publishers in business, and it feeds the depraved, or at least underdeveloped, appetites of the demi-Christians who find serious reading hard going but who lap up the denatured pabulum of the press as avidly as a kitten laps cream. And if I were allowed a choice I would go along with the kitten, for cream is both tasty and nutritious. while the average religious novel is wholly lacking in nutriment and is found palatable only by those persons whose taste buds have been debauched by prolonged exposure to Christian literature which, if the truth were told, is neither Christian nor literature.

Were a Christian to backslide and read a bad book secretly, as the proverbial schoolboy is said to read the dime novel behind his geography book, one could hope that he might later come to himself and leave the swine pen for the father’s house; but what are we to say when bad books become part of the approved curriculum for evangelical Christians in almost all churches? What can we do when books of a mental level not above nine years are hailed as master works and given extravagant reviews in the religious press? What are we to say when the melodramatic love stories and spine-chilling adventures of a generation ago are retold by our modern religious writers with a bit of pious dialogue sandwiched in between torrid love embraces or “drop-that-gun-podner” artificialities to sanctify what would otherwise be a wholly evil production?

Being free from external compulsion. the Christian public quite naturally reads what it likes; and apparently it likes inferior religious literature. Should the conscience protest against the waste of time and energy involved in chronic addiction to literary trivialities, it is soon subverted by the argument that practically everyone approves such stuff, almost all religious publishers produce it, and all the bookstores sell it. So what chance does one feeble conscience have against such tremendous odds?

All this accords with the false philosophy current among us which holds that to read anything religious is better than nothing; so we continue to produce literary mediocrities, vapid, amateurish, illiterate, and dedicated to the proposition that anything goes if only somewhere in the book someone makes the point that everybody ought to be born again. No matter how impossible the book in style and substance, if it puts in a dutiful plug for the gospel now and then, the evangelical leaders will bless it with their imprimatur and nihil obstat. Indeed it is hardly too much to say that illiterate religious literature has now become the earmark of evangelism. It is lamentable that we are content to leave quality to the Catholic and the liberal.

Why does the gospel Christian of today find the reading of great books almost beyond him? Is the intellectual capacity of the evangelical of 1959 inferior to that of his ‘spiritual progenitor of two hundred years ago?

TIle answer to the first question is somewhat complicated, but the second can be answered easily and correctly with an emphatic No. Intellectual powers do not wane from one generation to another. We are as smart as OUf forefathers. Any thought they could entertain we can entertain if we are sufficiently interested to make the effort.

TI10 major cause of the decline in the quality of current Christian literature is not intellectual; it is spiritual. To enjoy a great religious work requires a degree of consecration to God and detachment from the world that few modern Christians have experienced. The early Christian fathers, the mystics, the Puritans, arc not hard to understand, but they inhabit the highlands where the air is crisp and rarefied and none but the God-enamored can come.

Rather than climb the mountain we choose to dig our shallow caves a few feet above the floor of the valley. Our spiritual moods and emotions are degraded. We eat and drink and rise up to play. We take our religious instruction in the form of stories, and anything that requires meditation bores us. And writers and publishers contribute to our delinquency by providing us with plenty of religious nothing to satisfy our carnal appetite. 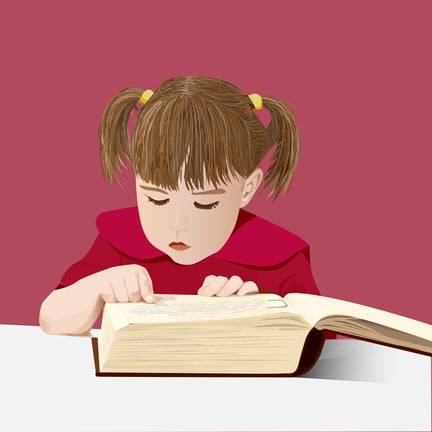