GUANGZHOU, China – During confirmation hearings to become America’s ambassador to China, James Sasser was asked about the “house church” movement in China Sasser said he had never heard of it. For enlightenment, he should visit Pastor Samuel Lamb at what is probably China’s best-known house church.

Located off a main street, down a gantlet of street merchants hawking everything from vegetables to eels and beetles, and up a narrow staircase, is the real church in China. While about 10 percent of China’s churches have registered under what the Communist government calls the “Three Self Patriotic Movement,” a form of spiritual mind control, 90 percent of the believers worship in house churches, many persecuted by the government because they do not regard the state as God. No one knows the exact number, but surely they must be in the thousands, perhaps tens of thousands.

Pastor Lamb, who is 72, has served more than 21 years in prison for his faith. In 1990, the government closed his house church and confiscated his property. Yet he perseveres. He averages 400 worshipers per service, and he leads four per week. The Public Security Bureau still calls and occasionally visits, but it doesn’t hound him like it used to. Why? “Each time they arrested me and sent me off to prison, the church grew,” he tells me with a smile as attractive as his faith. “Persecution was good for us. The more they persecuted, the more the church grew. That’s been the history of the church.”

Of those who attend his evening services, he says, 80 percent are young people, hungering for something more than the growing materialism evident in Guangzhou as soaring office buildings tower over high-rise dilapidated apartments and low-rise shanties.

From his three-story house church, Pastor Lamb writes pamphlets and distributes tapes of his messages using old duplicating machines. Well-worn Chinese Bibles and hymn books are thumbed by people who sit in “pews” worn with age and frequent use. The “overflow” sits on blocks of wood placed over concrete steps. 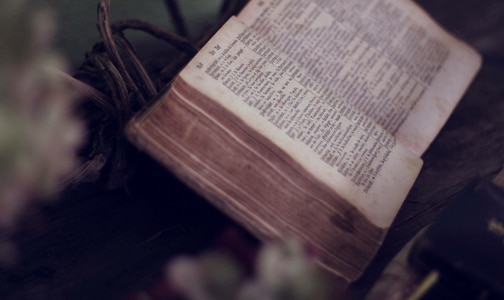 Anyone familiar with the complaints of some American churches about the way their government supposedly persecutes them for their faith ought to come here for some heavy doses of shame. Pastor Lamb has nothing, yet he has everything. There is no television (though his messages wouldn’t be carried if he did have access to TV). There is no celebrity. His main notoriety comes from those in Beijing who fear the spiritual strength of men like Pastor Lamb because he survived the Chinese prisons and emerged with a smile on his face. He is’ loved in ways Communist dictators will never know.

In the Basic Law agreement worked out between the British and the Chinese governments, Beijing promises not to interfere with Hong Kong churches for 50 years. This means that China is not supposed to set up competing branches of the Three Self Patriotic Movement or place Hong Kong churches under the supervision of the Religious Affairs Bureau in Beijing. But neither are Hong Kong churches or missionary groups allowed to work outside of the new Special Administrative District, as Hong Kong is now called. Pastor Lamb is doing fine without them.

On July 15, 1956, during his first prison term, Pastor Lamb composed one of many hymns. He called it, “Dismantling before Rebuilding.” The chorus goes, “Enlightened by God’s light, all my evil is seen. God’s hand dismantled me merciless. Rebuild up and replant, root goes down, fruit comes up, showing the richness of holy life.”

Samuel Lamb is small in stature, but he may be the biggest man I’ve ever met.